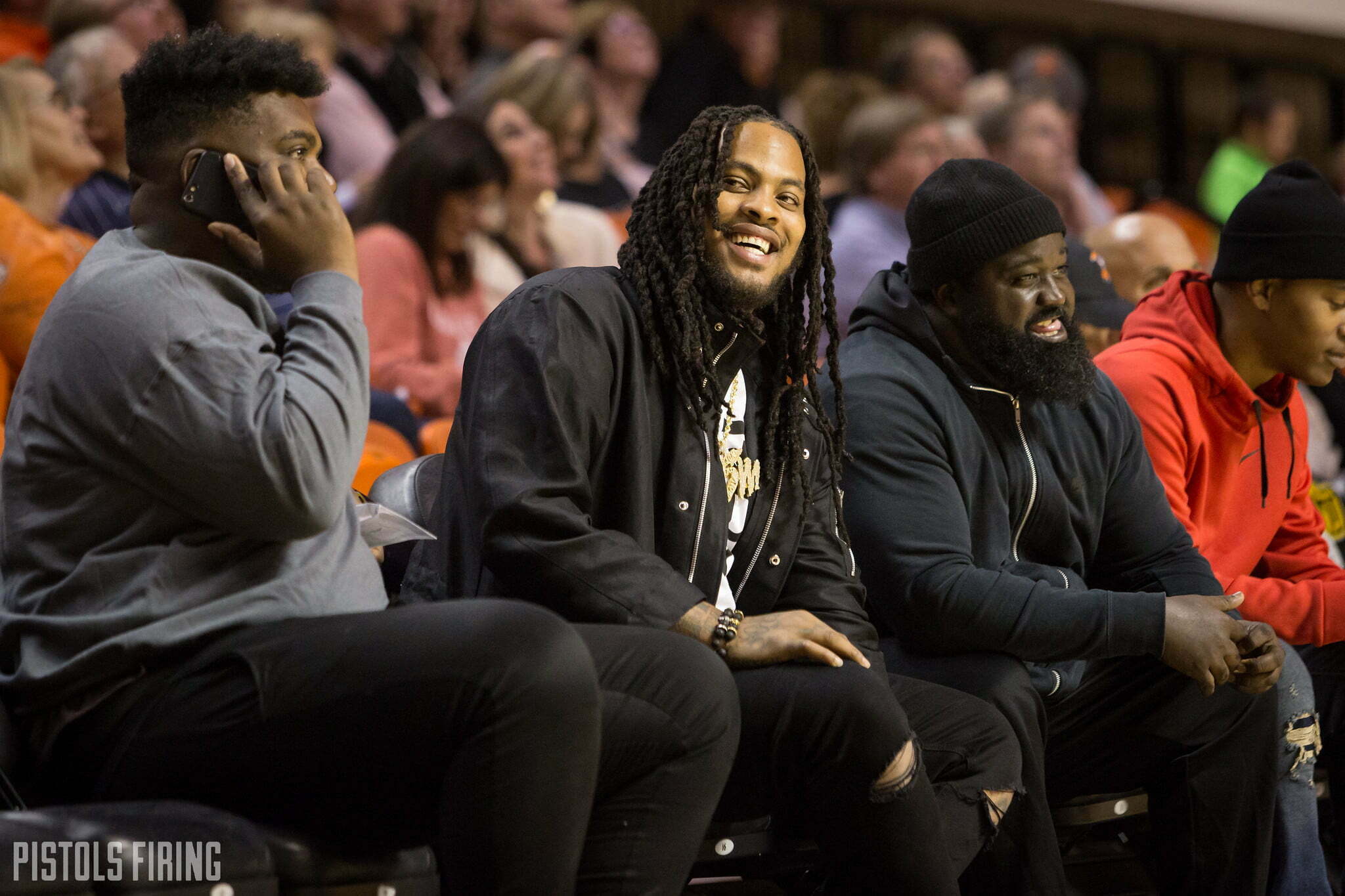 Homecoming and Hoops is returning to Gallagher-Iba Arena this weekend, and it will include a concert from popular rap artist Waka Flocka Flame.

The event will take place Friday with doors opening at 8 p.m. before its 9 p.m. start. Admission is free and will be first-come, first serve. After the basketball and wrestling festivities, there will be a 15-minute intermission before Waka Flocka performs if any young families want to beat the rush.

Homecoming and Hoops was held on fraternity row last year and included various skills challenges and a dunk contest. This year’s event will include appearances from both OSU basketball teams and the wrestling squad.

It won’t be the first time Waka Flocka has been in GIA. He took in the Oklahoma State vs. Rogers State exhibition in 2019 before a performance at The Tumbleweed. Flocka’s “No Hands” won the BET Hip Hop Awards’ Best Club Banger in 2011. He is also known for hits like “Grove St. Party” (which was OSU baseball player Jake Thompson’s walkup song) and “Hard in Da Paint.”

Other traditional Homecoming events planned include the Harvest Carnival and Chili Cook-Off on Tuesday, Walkaround Friday and the Sea of Orange Parade on Saturday.