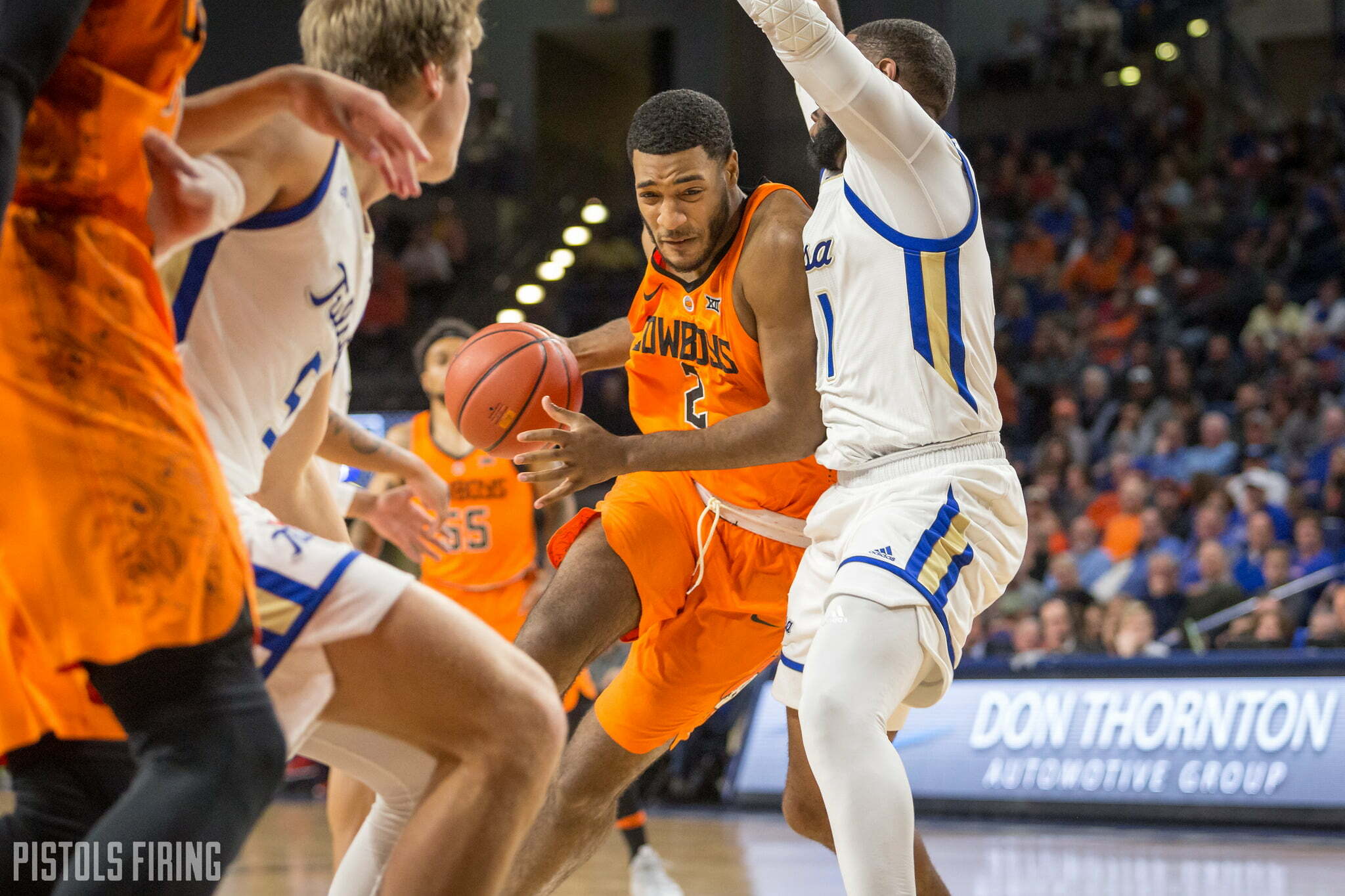 After one week of Big 12 play, Oklahoma State sits where it was predicted — in last.

The Cowboys are looking for their first Big 12 win of the season when Texas comes to Stillwater on Tuesday. The Longhorns’ team statistics are comparable to many of OSU’s, but a big difference lies in Texas’ 10 wins to the Cowboys six. Here are some need-to-knows entering Tuesday’s matchup.

In the Cowboys first two Big 12 games, they have shot 35 free throws to their opponents’ 61.

OSU has been outscored by 19 points at the stripe in those two games. There was a point this season where the Cowboys getting to the line wouldn’t have made much of a difference with a poor free-throw percentage, but in OSU’s past four games, the Pokes are shooting 73 percent from the line. They just aren’t getting there enough.

Saturday in Norman, OSU shot 21 free throws to Oklahoma’s 36. The Cowboys shot 66.7 percent at the line, and at that percentage, if OSU would’ve shot 36 freebies as the Sooners did, the Pokes would’ve scored 10 more points at the line. OSU lost that game 74-64.

A lot of OSU’s foul troubles coincides with its youth. As the younger Cowboys are getting accustomed to the speed of the college game, fouls happen. Against OU, the Sooners grabbed 15 offensive rebounds, which led to a lot of fouls at the hoop.

In a close game against West Virginia on Saturday, Texas coach Shaka Smart used only three players on his bench. OSU hasn’t done the greatest job forcing opponents into foul trouble, but it could be a disruption to the Longhorns.

“Officials have a job to do, and our job is to adapt to how they’re doing their job,” OSU coach Mike Boynton said Saturday. “We’re not doing that well enough right now. I very seldom think that the refs have more control over the game than my players and I do. So we’ve got to make adjustments and once we do, we’ll find better success in terms of finishing possessions defensively because we’re either fouling or giving up an offensive rebound. Or we’re doing both. We’re giving up an offensive rebound and then we’re fouling, so now we’ve got a guy that is in foul trouble, they’re going to the free throw line and it just kind of snowballs on you.