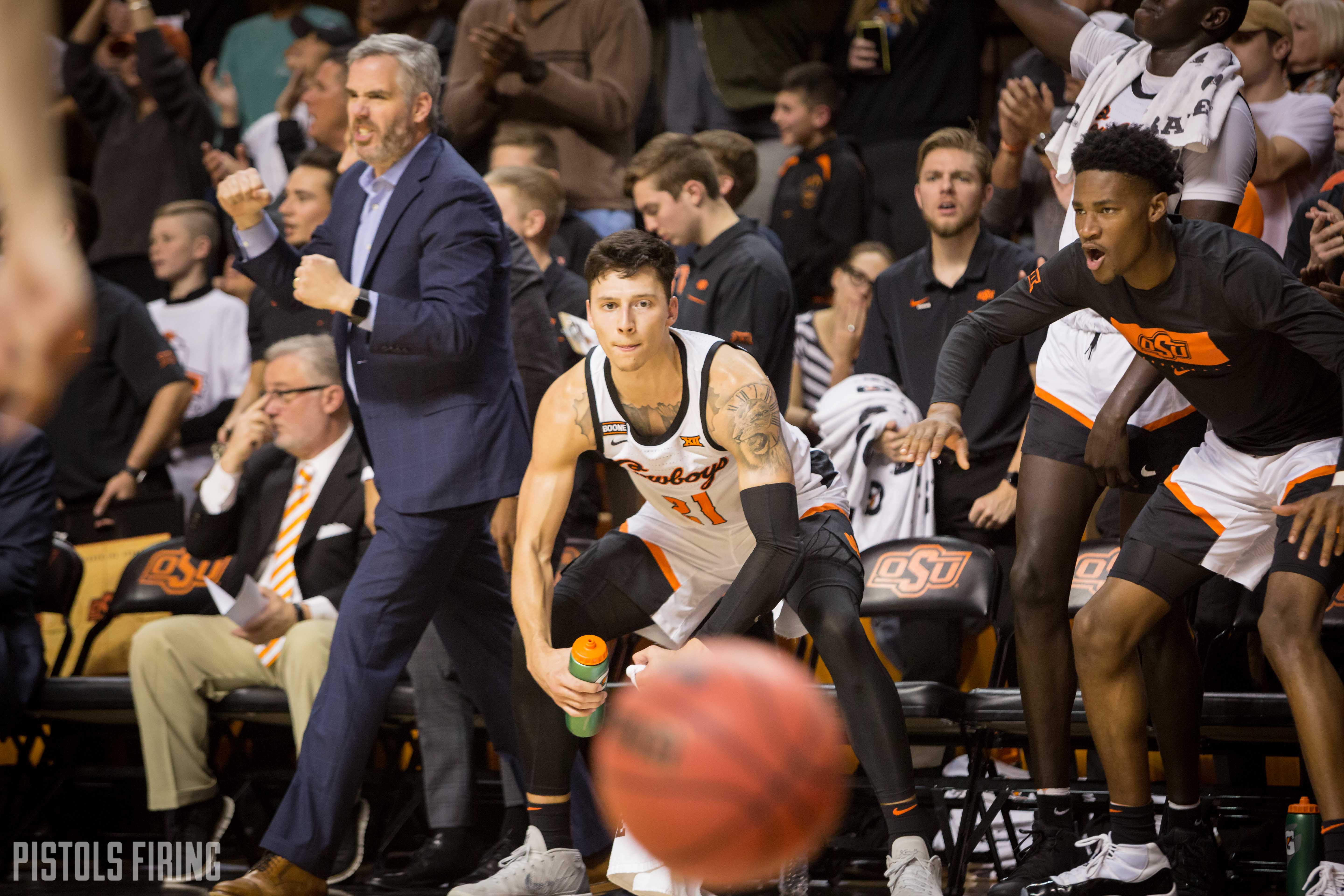 The Cowboys and Shockers will meet on the hardwood for the 40th time Sunday afternoon.

Oklahoma State hosts Wichita State in Gallagher-Iba Arena in a regional rivalry that the Cowboys have gotten the better of historically. OSU is 30-9 against the Shockers and 15-3 against Wichita State in Stillwater, starting with Oklahoma A&M’s 24-17 win in 1934. That game was Henry Iba’s first as OSU’s coach.

The Cowboys might be without their best player for a second consecutive game after Isaac Likekele missed OSU’s game Wednesday night with an undisclosed illness.

“Just trying to figure out the rotation overall,” OSU coach Mike Boynton said. “If you got Avery and Lindy, both of your probably top two primary ball handlers, in there and the game gets going and if you gotta take them both out at the same time, you could really be in a tough spot. We went with Chris, let Lin bring it some then brought Avery as the first guy off the bench and moved Lin off the ball. Then just tried to keep a pretty good rotation in that way.”

It was beneficial for Waters’ scoring output. Likekele was the Pokes’ leading scorer entering that game, but Waters got more aggressive and put up a career-high 29 points.

If OSU is without Likekele again, Waters will likely matchup against the Shockers’ leading scorer, Erik Stevenson.

Yor Anei struggled in his matchup Wednesday night. The Cowboys’ starting center fouled out after playing only 17 minutes against Georgetown senior Omer Yurtseven. In that time Anei scored just four points and had no rebounds. Anei picked up two early fouls and played only four minutes in the first half.

Anei will be matched up against another senior Sunday in Jaime Echenique. Echenique isn’t as highly touted as Yurtseven, but he has 23 pounds on Anei at 6-11, 258.

“Having to play against a guy like (Yurtseven), is a great learning opportunity for us,” Boynton said. “There are guys like that on every team in our league. It’s a reminder to (Anei) of how focused he has to be to be able to stay on the court and have a positive impact on our team.”