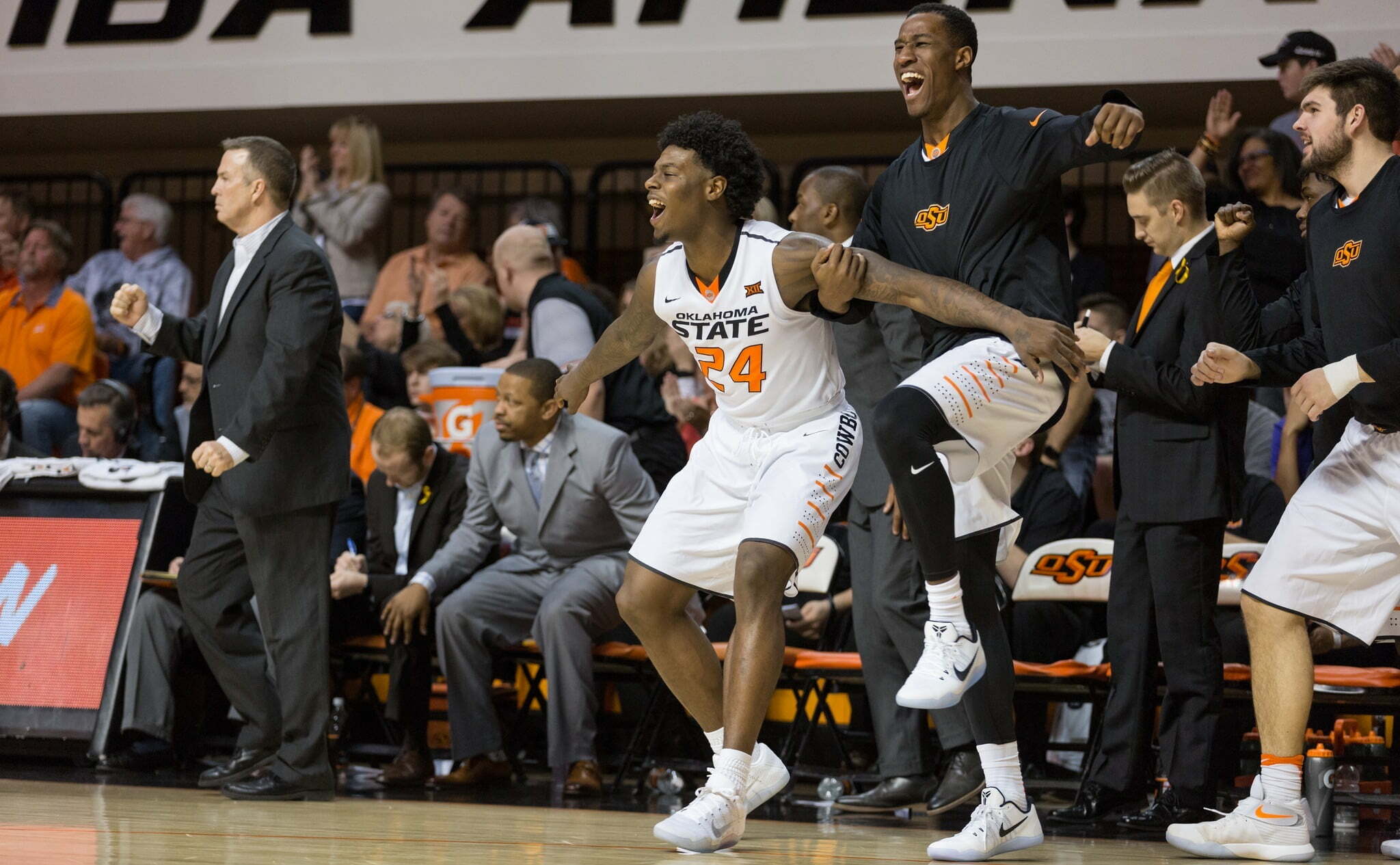 Wednesday night in the Little Apple is up next, a homecoming for Coach Brad Underwood. Expected to receive a warm ovation from the home crowd, the task at hand will be OSU locking down it’s ticket to March Madness against a K-State team with its feet planted firmly on the bubble.

K-State calls their home court the “Octagon of Doom” but it’s brought more gloom to the home fans of late as they haven’t won there in over a month. Manhattan is the first stop on the closing two-week revenge tour as OSU plays three (out of four) teams that beat them earlier this season. Beyond that, the Pokes haven’t won in Manhattan since Keiton Page was a college sophomore at Oklahoma State.

Nearly complete opposite directions as the Wildcats are 2-6 over their last eight while the Pokes are 7-1 over the same span. The Horns are a much tougher out at home and K-State was able to get out of the Texas state capital with a win last Saturday night. It was important to snap the three-game skid after losing to some of the conference’s alpha dogs (KU, WVU and Iowa State).  Both teams were scorching from deep in the first half combining for 13 of 17 but things changed after the half. K-State went from shooting 76 to 32 percent from the field while Texas only scored three points in the first seven minutes after the break.

It came down to the wire where the Cats were able to score on two of their last three possessions and give Texas their seventh loss within three points.

OSU had lost five straight and confidence was at a low point. Playing well and losing what felt like countless times in consecutive games, valiant efforts against Kansas, Iowa State, Baylor and Texas had come up short.

We now know that after that game Underwood would be up late thinking through life’s major questions: primarily changing long-held defensive strategy and beliefs.  So what happened? K-State, a team with lots of second-tier offensive talent, greatly exceeded their average offensive output.

Five Wildcats scored in double-digits, D.J. Johnson owned the paint (18 points) and Barry Brown terrorized the Cowboy guards with four steals and 22 points. K-State shot 56.3 percent from the field and while Jeffrey Carroll (24 points) and Jawun Evans (20 points) played really well, the defensive shortcomings and inability to finish the game wouldn’t be overcome.

K-State overwhelmed the Pokes in the final minutes and the wheels started to turn after that fateful sixth-straight loss.

In Stillwater, the Pokes shot 54 percent from deep (12 of 22) and found a way to lose the game in closing minutes. How so? Because Kansas State and its starless offense racked up 96 points on the Cowboy defense, a whooping 22 points over their season average. They annoyed the heck out of the Cowboy guards swiping 11 steals and got into the lane and in turn, to the free throw line early and often shooting 15 in the first half.

The K-State guards got into the paint at will, a byproduct of the denial heavy style we were playing. Post player D.J. Johnson did what he wanted on the interior but his match up against improved interior defender Mitchell Solomon could be the x-factor in the game for the Pokes.

Perhaps most intriguing will be seeing how the defensive adjustment impacts the game. Without as many clear lanes to drive, the Wildcats will have to hope for another solid shooting night from Stokes and Brown to match the potent Cowboy offense.

Sophomore guards Barry Brown and Kamau Stokes make for quite a pair on the perimeter. Between Stokes’ sweet shooting (39 percent from deep) and facilitating (4.3 assists per game) and Brown’s lack of hospitality (league-leading 2.6 steals per game in league play), there’s talent and production in the back court. But neither is a peer with the elite ball-handlers of the league.

Tell me the last time you heard of a Big 12 team doing serious damage (title contending) without a star guard running the show. I’ll wait here.

K-State really needs a top-shelf perimeter player to take them over the top. If you follow the NBA, I think the Wildcats are the Denver Nuggets of the Big 12: loaded to the gills with good players but nobody to really lean on late in the clock. No Jawuns or Buddys or Frank Masons on this team.

The game winner in Austin over the weekend came from an “and one” tip-in by senior forward D.J. Johnson:

But what they do have is a well-rounded team, 28th by Ken Pom currently projecting as a 11-seed. Solid but not spectacular units that leverage the talent in place. If only they had a super talented guard to put with this team….

Marcus Foster has a career-high 35 points today, one more than his high from Kansas State. Creighton will win, 87-70.

On January 21st, K-State upset a top-10 West Virginia team turning them over 23 times and by fouling out much of their front line. Three weeks later, the Mountaineers ran the Wildcats out of the building quicker than Rhett Bomar headed to Sam Houston State. What was the difference? 6’9″, 240 pound senior D.J. Johnson.

After injuring his ankle against Kansas a couple nights before, he wasn’t able to go against West Virginia and was limited to 11 minutes the next game against Iowa State. Called by coach Bruce Weber the “motor of the K-State basketball team”, the defense suffered mightily without him. Iowa State racked up 87 with Johnson playing limited minutes and the Mountaineers pummeled the Cats for 96.

With Johnson in full form, K-State was able to upset another top-10 Baylor team in Waco with tenacious defensive play highlighted by seven steals and three blocks by Johnson. Baylor stars Lecomte and Motley combined to shoot nine for 27 on their home goals stifled by the disruptive Wildcats.

KANSAS STATE WITH THE HUGE UPSET AT BAYLOR! DJ JOHNSON'S BLOCK TO SEAL IT IS MUCH BETTER WITH TITANIC MUSIC! ??? (@KStateMBB @kstatesports) pic.twitter.com/IOilfbN5XT

K-State needed every last one of Johnson’s 20 minutes on Saturday and every minute he gets below his 26 minute average will be a power play of sorts for the Pokes.

Side note: you’ll love his KenPom comparison based off his play this year: 2015 Michael Cobbins. He’s the K-State Cobbins Chamberlain!