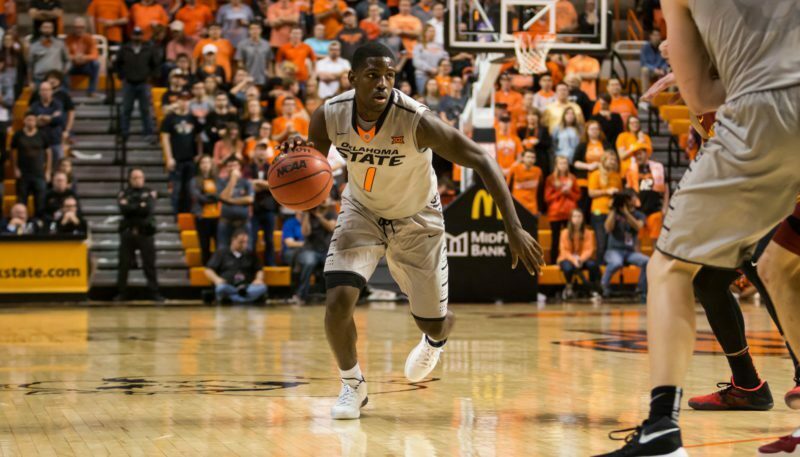 Climbing to No. 25 in the polls before a loss, the Wildcats have been playing solid (not sexy) basketball. After heartbreak in Lawrence and a near upset in Lubbock, OSU’s favorite conference brother has been through the fire.

K-State doesn’t have star power but they play some saucy defense (2nd in the league in scoring defense) and are the only squad in the league to have all five starters averaging double digits. The Wildcats have taken everybody they’ve played late into the game, expect the same on Wednesday.

Maryland has been the thorn in the side of Midwestern agricultural schools apparently. For a coach who seems to be disliked by it’s fan base, he’s doing alright. The nine point loss to the Bears was the biggest loss of the season for the Wildcats with the previous losses coming by a combined four points. The Baylor zone threw off the Cats who shot wildly (missing 14 of the first 18 shots) and the Bears pounded K-State inside.

Baylor’s star guard Manu Lecomte stole the show hanging 26 on a stodgy Wildcat defense and the offensive talent was too much in Manhattan on Saturday.

An absolute hand full when he gets going, Johnson is a “bull-in-a-china-closet” down low. He drilled Baylor inside for 20 on Saturday and was really the only thing working offensively. He leads the conference in shooting percentage (62.8%), his interior scoring is crucial for K-State. The 6’9″, 237 pound whirlwind can get in foul trouble at times so your best bet is to go at him (but not if your Phil Forte — Johnson is top 15 in blocks with 1.6/game).

Ready-made offense and quick hands on defense are what the sophomore guard brings to the Wildcats. After being named to the Big 12-All Newcomer Team after his freshman year, he’s continued to provide offensive punch leading the team with 12.6 per game.

He’s turning into a well-rounded player this year playing some tight defense on the perimeter with 2.2 steals a game (22nd in the nation). The perfect embodiment of this team: good offense, really solid defense.

Bruce Weber’s teams have always been stingy at giving up points and this team is no different (allowing 62.4 points per game, 16th nationally). They’re particularly good at turning you over with lots of steals (8.2 per game, 32nd in the nation) and KenPom rates them higher than even the Cowboys in defensive turnover percentage.

Offensively they’re going to take what you give them, getting good shots on the interior as much as they can. 3-point shooting is improved from years past (30% last year to 38% this year), spearheaded by freshman Xavier Snead (38.7%) and wing Kamau Stokes (2.6 per game). Their effective field goal percentage has been fantastic at 55.6%, nearly top 25 in the country (26th).

The Cowboys are likely to get their quota in 3-pointers as the Wildcats are last in the conference in 3-point defense, allowing 36.2% from deep. OSU’s continued dominance on the offensive glass should continue tonight as K-State is KenPom’s 253rd ranked team at allowing offensive boards.

The K-State defense has really struggled in the clutch tending to give up more in the 2nd half of games allowing folks to come back on them (allowing Texas Tech to come back from down seven to win).