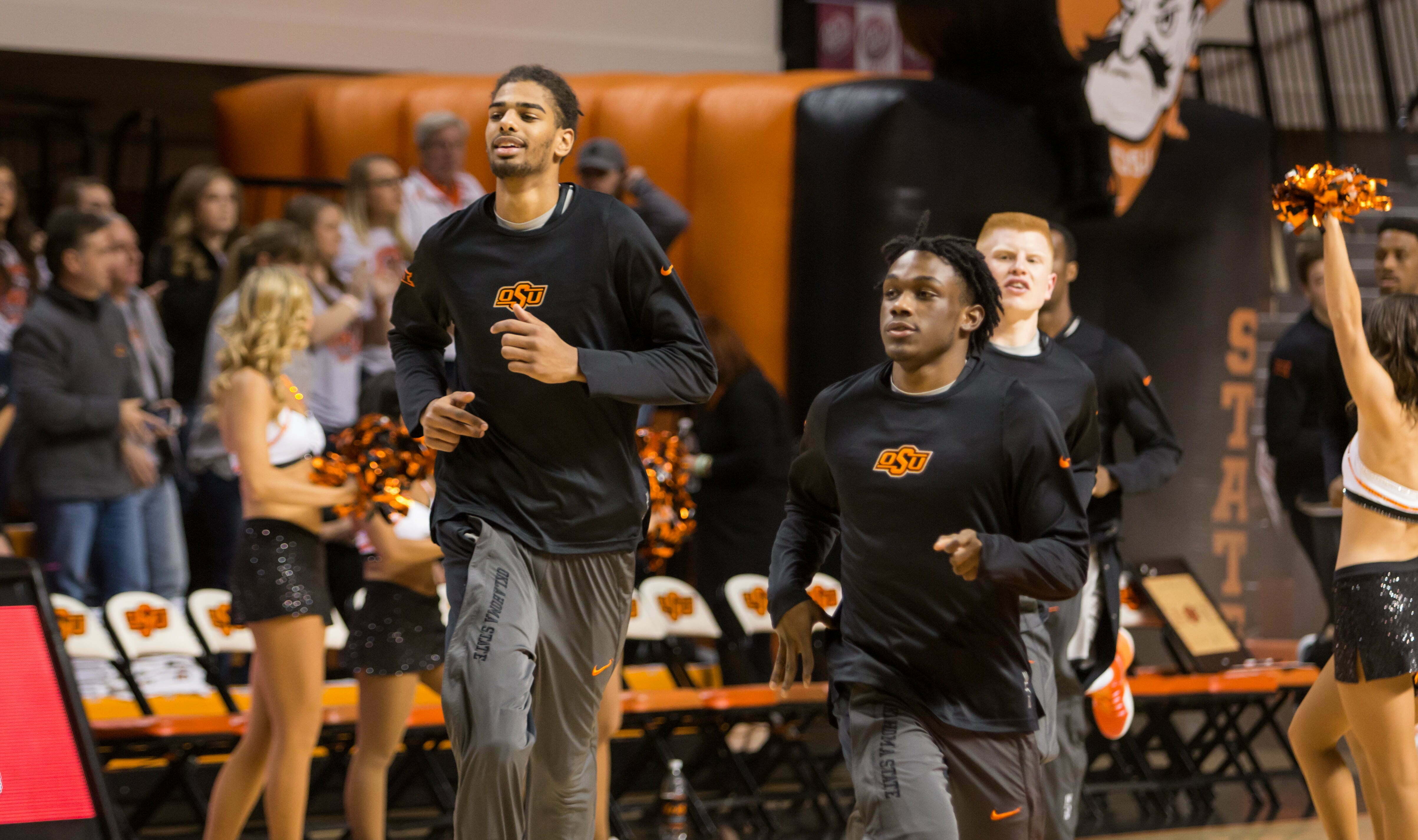 The much improved Toads are on a two-game skid after losing at home to Baylor on Saturday and losing in Lubbock last week, but former Pitt boss/new TCU basketball coach Jamie Dixon has the Horned Frogs playing MUCH better basketball. The Frogs beat Texas and Iowa State in recent weeks and are 3-4 in league play.

Led by one of the most well-rounded bigs in the league in junior Vlad Brodziansky, Big 12 rebounding leader Kenrich Williams and dynamic freshman guard Jaylen Fisher, the TCU will be a good test for the improving Pokes.

TCU with only losses to top 50 KenPom teams is longer the “gimme” on the Big 12 schedule. TCU/Baylor saw 13 lead changes in the second half of a capacity crowd in TCU’s new arena on Saturday. Despite double-doubles from their best players (Brodziansky and Williams), TCU went cold after holding a narrow lead at the half (28-26). TCU was in it late but couldn’t hold off their premier rival.

Dixon is known for developing bigs (D’Juan Blair, Steven Adams, Sam Young), and Brodziansky to makes for one heck of a start in Funky Town. The 6’11” Slovakian is everything the Pokes could use right now (apparently Brodzianskys don’t grown on trees).

Brodziansky is a double-double waiting to happen, one of the premier offensive players in the league (18.7 points per game in league play to go with 7.6 rebounds) that shoots with incredible numbers (61 percent from the field, 87 percent from the free throw line). And he’s got a pretty sky hook and a budding three point shot to boot.

To go with the stellar offensive game, the junior alters shots with the best of them (2.7 blocks per game in league play) and 4.6 defensive rebounds per game. TCU’s first ever Big 12 player of the week is a difference maker on both ends that the Pokes aren’t likely to match up well with.

“He’s got good length and great size,” Baylor coach Scott Drew said of Brodziansky. “He hasn’t been bothered by other bigs. He’s a matchup problem and that’s why he’s a successful player.”

#TCU' Vladimir Brodziansky hits the jump hook just before the first half buzzer.#SMU leads 33-28 at the break. pic.twitter.com/jgxUz0RXTv

The Big 12’s leading rebounder (9.8/game), Williams is a bigger wing (6’7″) recently called “pound for pound the best rebounder in the country.” The former JUCO transfer sat out last year with a knee injury and plays like his life depends on it. Stats show him in the top 15 in steals, rebounds and blocked shots #Efforting.

Williams is high efficiency (only turns the ball over on 9.4 percent of possessions) and does his job at a really high level. He can be incredibly productive (16 points, 12 boards against Baylor) and has seven double-doubles on the season. Williams is a well-rounded, glue guy that you can count on that stuffs a stat sheet and helps you build a program.

Below is from the last time Williams played the Pokes after sitting out last season with an injury:

The team has already taken on the identity of their new coach:

“They play more that old Big East style, defensive oriented, physical and tough,” Drew said. “Like everybody, they’ll take transition baskets, but they operate well in the half court offensive and defensively.”

With their best shot at a signature win, TCU led rival Baylor 28-26 at the half. 28-26. After watching the Pokes play in track meet style shootouts, that sounds like an absurd halftime score. But that’s what TCU does: block shots and get stops.

The Big 12’s second lowest scoring defense (71.4 points per game) forces you into lots of bad shots (2nd best 44 percent in league play) and limits your second chance opportunities (pulling down 70 percent of your missed shots). The Cowboys have preyed on second chance opportunities of high proportions (nearly grabbing 40 percent of missed shots) and whoever wins that battle will be very telling in who wins this war.

So how do you attack TCU? Outgun them. The Frogs are one of the worst shooting teams in the league (eighth in field goal percentage, seventh in free throws and last in three pointers), so come out hot like you did against Texas Tech and they won’t have the firepower to come back. They shot 29.3 percent against Baylor and somehow were still in it late with a one possession game under five minutes so OSU will have to be careful not to let them hang around.