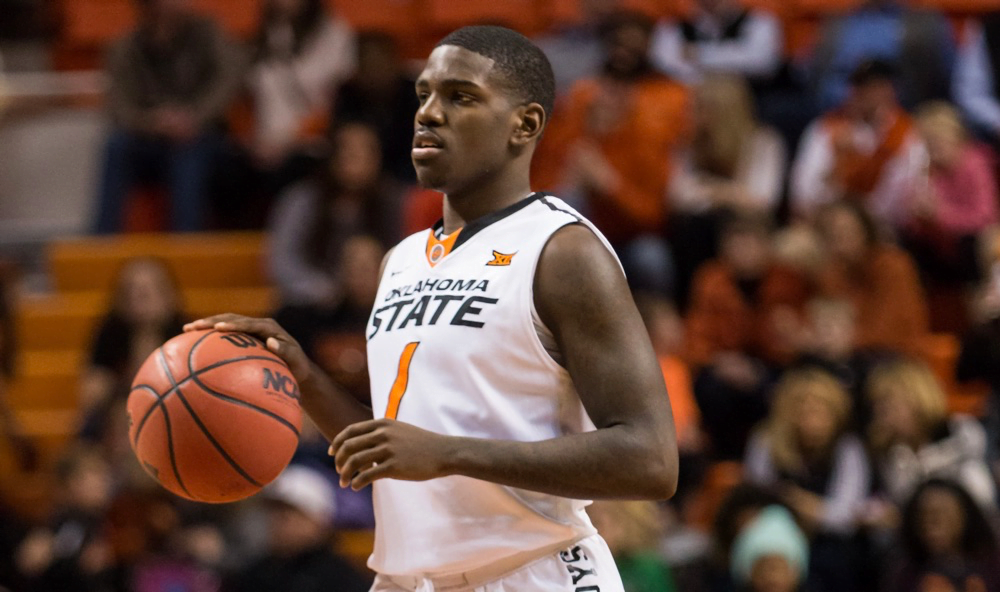 The Pokes will welcome just their second ranked team into Gallagher-Iba this year as the No. 6/8 Baylor Bears get ready to tip off this Wednesday night.

Riding a two game losing streak, the Bears are still a projected one-seed because they play some incredible defense.

Allowing only 61.4 points per game (seventh in the nation), the multi-faceted Cowboy offense is in for a midweek challenge against the Big 12’s number two team.

A team that’s been able to rally back, Baylor came up short in a couple of close games against teams from the Sunflower State last week for their second and third losses of the season. K-State laid out what could be a great game plan for the Cowboys on Saturday: force turnovers and knock down some threes. Jumping out to a 37-18 lead with four minutes left in the first half, the Wildcats scored 12 points off of turnovers and hit five from behind the arc.

The Bears played catch up and K-State played keep-a-way while barely sneaking out of Waco with the win and Baylor’s only home loss of the season.

The Bears held K-State to only 19 points in the final 24 minutes of play but there just wasn’t enough production from their star players (Lecomte and Motley) who shot for a combined 9 for 27.

The Last Time These Two Played …

The Pokes did their best to prevent Baylor from climbing to a No. 1 ranking but couldn’t close the deal in front of a sellout crowd in Waco. But not because Phil didn’t shoot the lights out of the place. Hitting 5 of 7 from deep, Forte found his groove to keep the Pokes close in Waco.

Outside of No. 13, the rest of the Pokes were pretty cold as the team shot 33 percent from the field and shot 11 for 20 from the charity stripe. Jawun was clearly still in that post-Tulsa funk (shooting 2 for 12 with four fouls) and hand it to Baylor, they had six blocks that clearly changed how the Cowboys shot.

Zone defenses can be really helpful for providing schemed help defense but with some good ball movement and well-timed reversals can leave some shooters open. Baylor forces a league low 38.6 percent shooting and it’ll be super important for someone (Forte, Evans, Carroll) to get hot Wednesday to awaken Gallagher-Iba and make up for some of that top-shelf Baylor rim protection.

A positive here is that OSU has the league leaders in threes per game (Phil Forte with 2.9) and three point shooting (Jeffrey Caroll shooting 59.4 percent from deep).

.@LindyWatersIII literally couldn't miss last week – 5-of-5 from 3-point – which earned him #Big12MBB Newcomer of the Week honors. #okstate pic.twitter.com/OA3ZZXV1Ma

Something that really helped K-State on Saturday was how loose Baylor was playing with the ball:

If there’s a flaw on this veteran, darn near KU-level talented ball club it would have to be the turnover numbers on offense. KenPom ranks them 293rd in the nation turning the ball over 20.6 percent of the time and they’re last in the league with a negative turnover margin (-1.2 per game).

This could be from having so many bigs on the floor but if the ball isn’t in stud point guard Manu Lecomte’s hands, hope to see the Pokes collapsing on the ball and getting out in transition.

3. Whose Left Hand is Stronger?

Wednesday will be unique in that the team that allows the most points in league play (OSU giving up 79.5 per game) will tip off against the lowest-scoring team in the league (Baylor averages 67.0).

Last game it was the Baylor defense that won the day, holding the high-scoring Pokes to a season-low 57 points but something has changed since then: the Pokes have vastly improved their defensive play. Over the last two and a half weeks, the Cowboys are giving up a very respectable 70.4 points on average.

Something else that should be fun? Davon Dillard happened and he may have something to say.