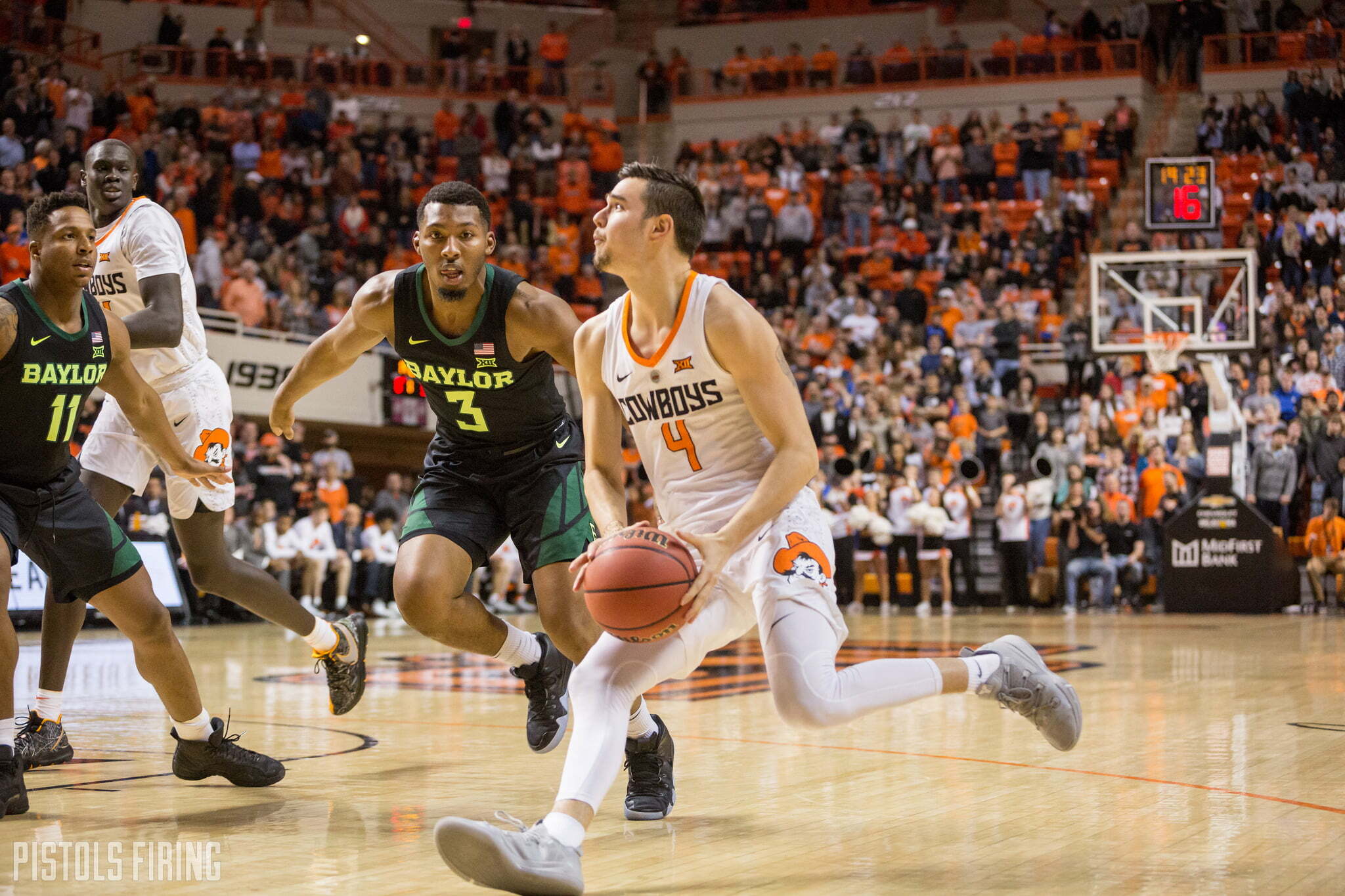 Entering the last time the Cowboys played Iowa State, nine Oklahoma State players hadn’t played in a Big 12 game. On Saturday, the Cowboys will have only nine players.

Since that first meeting Jan. 2, Mike Cunningham has parted ways with the team, and Michael Weathers, Maurice Calloo and Kentrevious Jones were dismissed this week. That leaves the Cowboys journey to Hilton with eight scholarship players (including former walk-on Trey Reeves) and freshman walk-on Luke Major.

OSU’s rematch with Iowa State came quickly, as the games are separated by only 17 days. Since their journey to Stillwater, the Cyclones have picked up impressive victories against Kansas and Texas Tech, but they have also lost to Baylor in that time. He’s a preview of the double portion of the double round robin.

The Cowboys and Cyclones opened conference play against each other Jan. 2, a game Iowa State won 69-63.

Four Cyclones scored 61 of ISU’s 69 points. Despite still scoring 17 points, it was a rough shooting night for ISU’s Marial Shayok. Shayok was 4-for-17 from the field.

The Cowboys led 36-35 at halftime, but OSU shot 34 percent from the field in the second half, including 2-for-13 from deep.

Cameron McGriff and Lindy Waters each finished with 15 points. McGriff also ripped down a career-high 13 boards. The Cowboys next leading scorer was Michael Weathers, who the Pokes will be without in Ames after his dismissal.