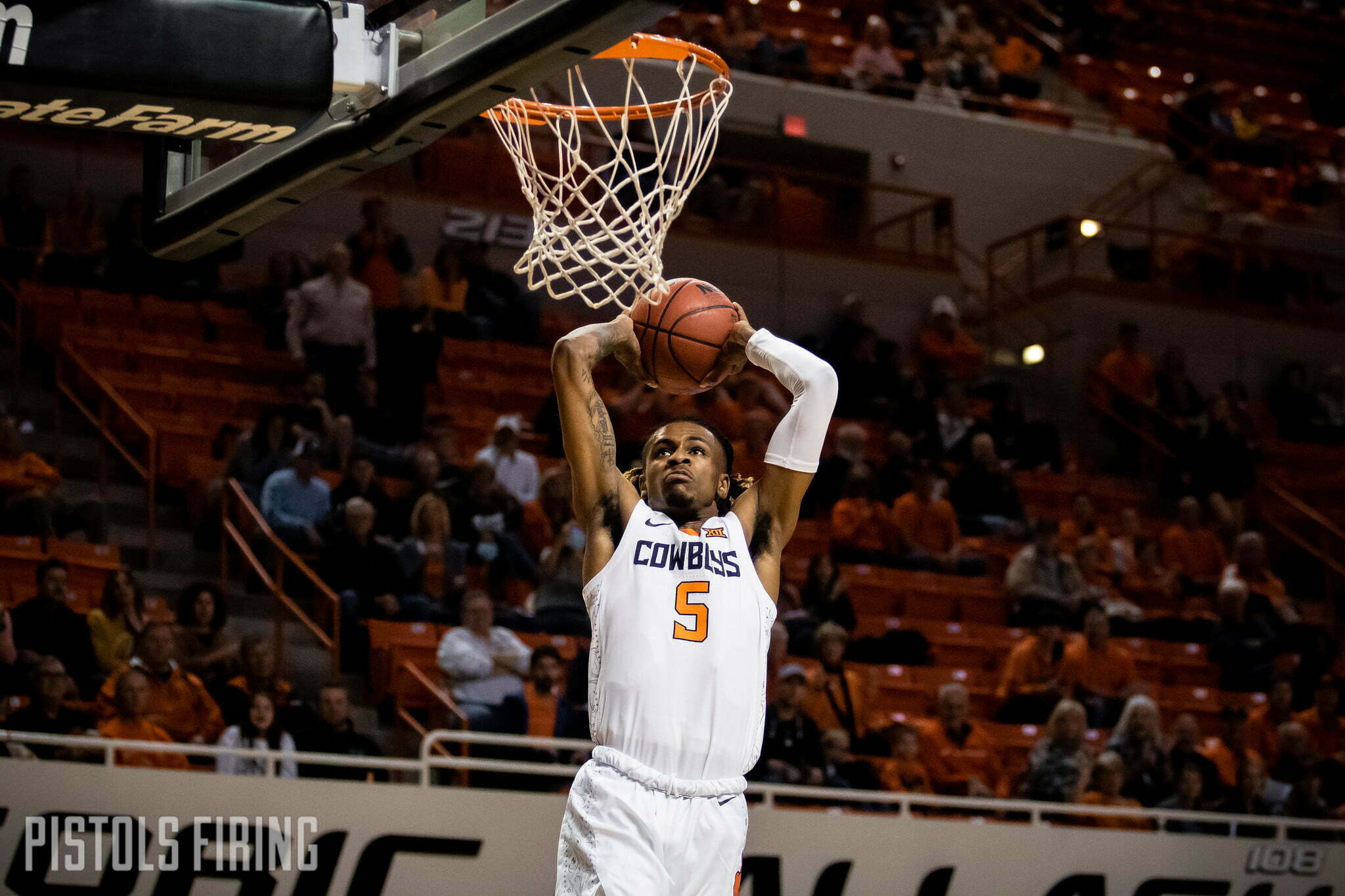 After a tune-up game against Central Oklahoma this past Friday night, the Cowboys’ 2021-22 basketball season officially kicks off Tuesday.

Oklahoma State opens the year with a game against UT-Arlington. It’ll be the season-opener for both teams after both played tightly contested contests with Division-II schools in exhibition play. OSU beat UCO 76-68 in Stillwater, and UTA beat Southeastern Oklahoma State 68-64 after trailing 62-58 with about five minutes to play.

Here is some info to get you ready for Tuesday night’s game.

This marks the 13th time the Cowboys and Mavericks have met on the hardwood, and OSU brings an 11-1 series record into Tuesday night’s game.

The teams first met in the 1981-82 season, where OSU beat the Mavericks 63-55 in Arlington. Stillwater hosted its first game of the series the following year, a 90-83 victory for the Cowboys.

These teams started the year against each other last season, as well. The game was tighter than anticipated, but Cade Cunningham had a 21-point, 10-rebound double-double to lead OSU to a 75-68 victory.