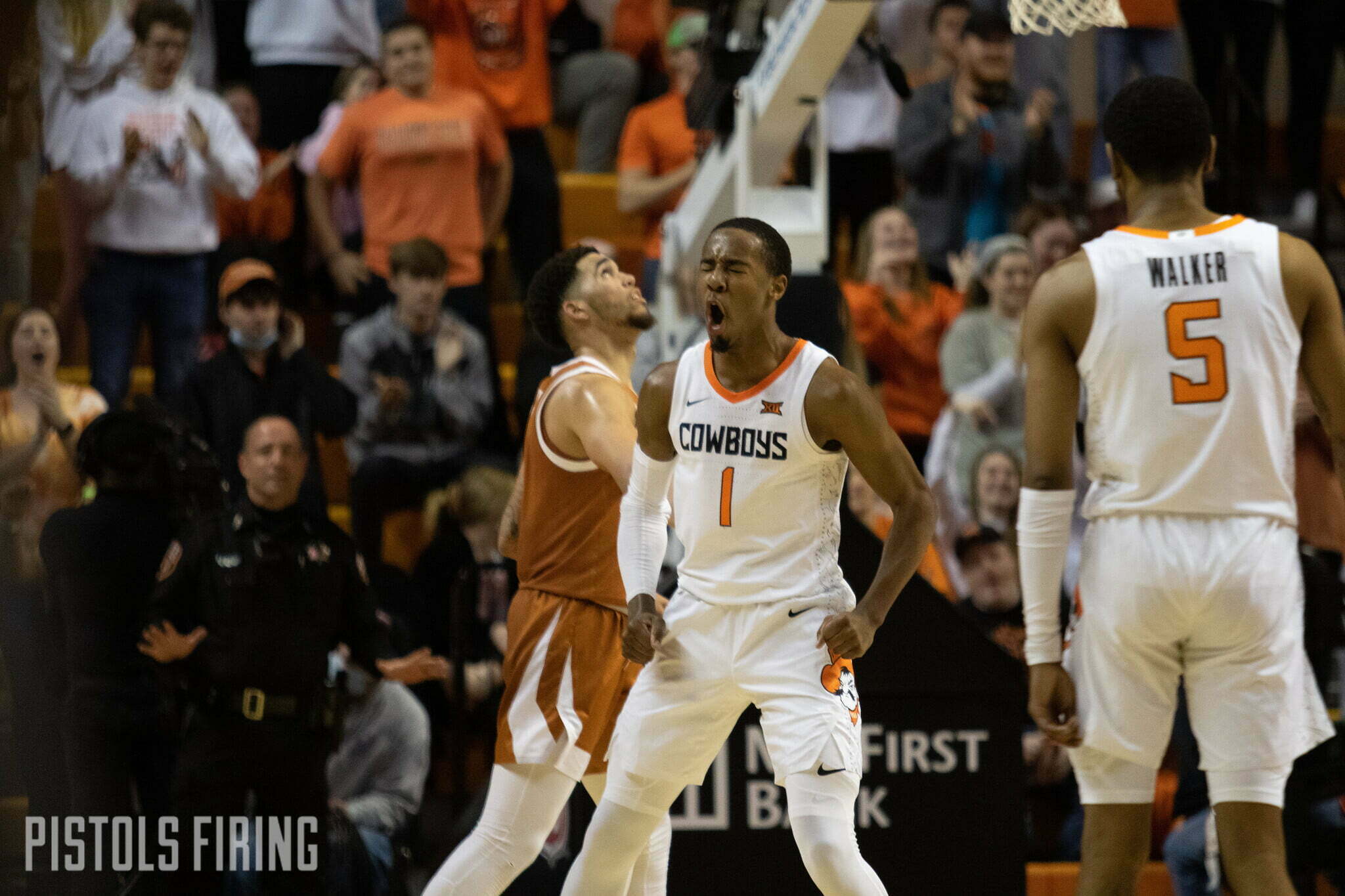 Oklahoma State plays West Virginia in Morgantown on Tuesday before traveling about 1,300 miles to Lubbock to play Texas Tech on Thursday before ending the road trip with a visit to Waco on Saturday. Not a normal trip for a college team to make, this came from OSU and Texas Tech having to postpone their Jan. 1 meeting because of COVID issues.

Here are some stats and info to get you ready for the first game of the Cowboys’ road trip.

The Cowboys closed their 2020-21 season with a pair of impressive performances against the Mountaineers.

In Morgantown last season, Avery Anderson went off for a career-high 31 points with Cade Cunningham and Isaac Likekele sidelined. Matthew-Alexander Moncrieffe also dropped 18 in that game on 70% shooting. The Cowboys won 85-80.

The teams then met a few days later in the Big 12 Tournament, and OSU won that game 72-69. That game saw Anderson and Cunningham share the scoring load, each netting 17 points. The game went back and forth and ended with West Virginia’s Sean McNeil hitting a would-be game-tying 3, but he didn’t get the shot off in time.

These teams have met 20 times and the series record is split down the middle. Impressively, the road teams have done better in this series as OSU is 6-3 in Morgantown and West Virginia is 6-3 in Stillwater. Here is a look at the past 10 meetings between the teams.