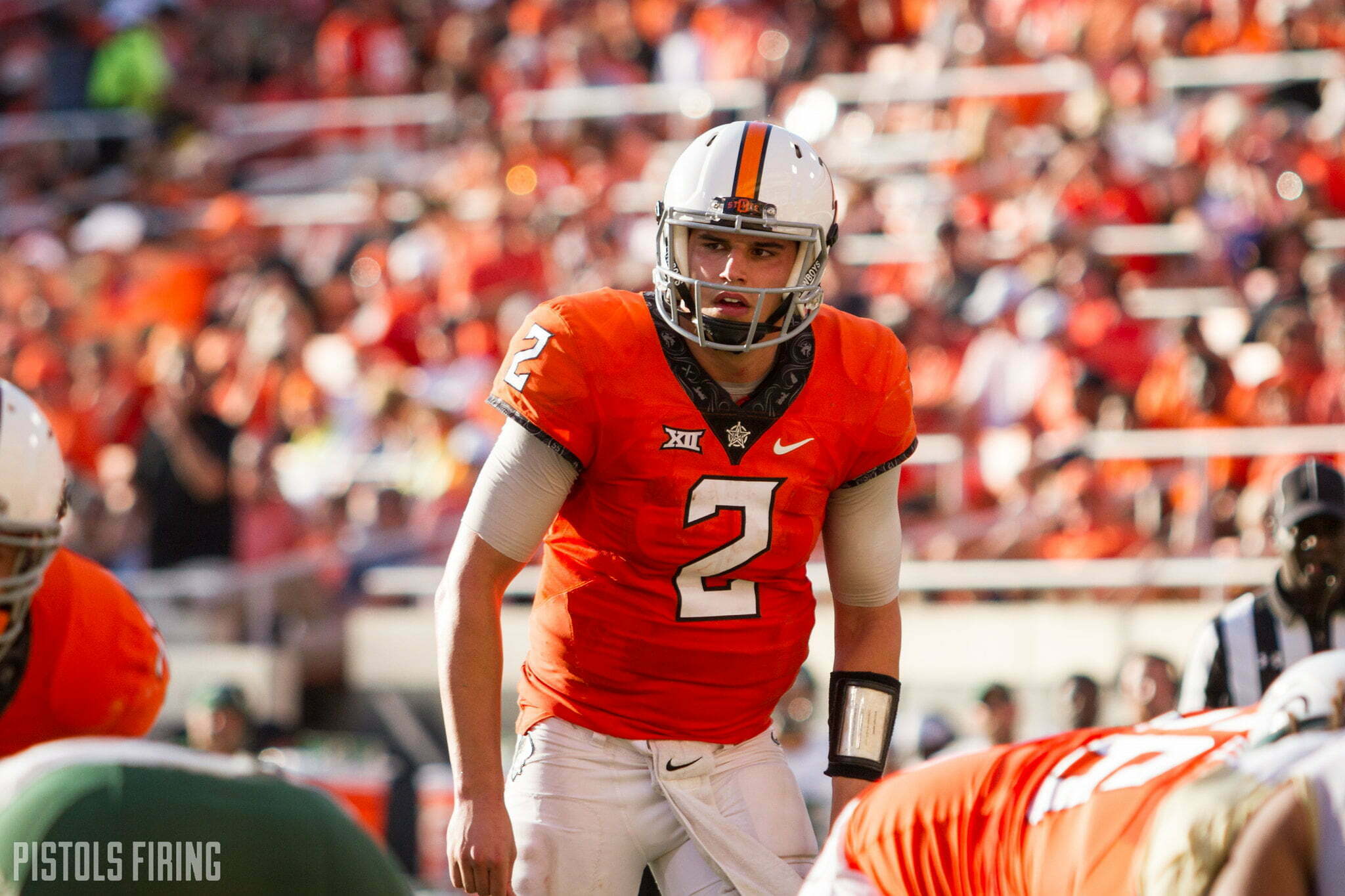 I don’t often get too controversial, but I’m being told that putting Mason Rudolph ahead of Brandon Weeden as the best quarterback in Oklahoma State history has quite a bit of spice to it.

I could base this off hypothetical, saying if you plop Rudolph into the 2011 offense, records would be set that might never get touched. I could point out that Weeden had better offensive line play and a more consistent running game to help him. But instead I’ll point to some stone-cold facts.

So if you could bite your tongue for just a moment, I’ll set my case as to why Rudolph > Weeden.

I’d also like to preface this with the fact that Weeden was awesome. I don’t want any of this to bedowngrade his career as the second-best QB in OSU history. Ed. note: I do not approve this message. (KP)

First, let’s take a look at some career numbers side by side:

Now, I can hear you hollering, “YEAH, BUT RUDOLPH PLAYED IN 39 GAMES AND WEEDEN ONLY PLAYED IN 30!”

And that’s true, so let’s look at some deeper percentages.

Now I imagine the argument shifts to, “OK, SO? WEEDEN’S 2011 SEASON IS WAY BETTER THAN ANYTHING RUDOLPH EVEN DONE DID!”

So what that’s telling us is that Rudolph threw for more yards, the same amount of touchdowns despite throwing the ball 91 fewer times. He also had fewer interceptions. And Rudolph also ran for 10 TDs to Weeden’s one.

Presented with these facts, I’m sure some of you are really boiling now. “YOU JUST DON’T GET IT. YEAH, NUMBERS ARE COOL AND ALL, BUT WEEDEN WON GAMES AND RUDOLPH DIDN’T.”

Yes, Brandon Weeden won a BCS Bowl game and a Big 12 title while Rudolph didn’t. That’s also a fact. Another fact is that Weeden went 23-3 as a starter and Rudolph went 32-8.

And I said above I won’t make the argument of putting Rudolph on the 2011 team, but I will point out that in Weeden’s junior and senior seasons (2010 and 2011), OSU allowed a combined 22 sacks.

So, there’s my argument laid out with statistical evidence to support it. And, like I said, both QBs are all-time greats at OSU, but if in some weird post-pandemic world I am the captain of some schoolyard team with the option of choosing either, give me Rudolph and go long.