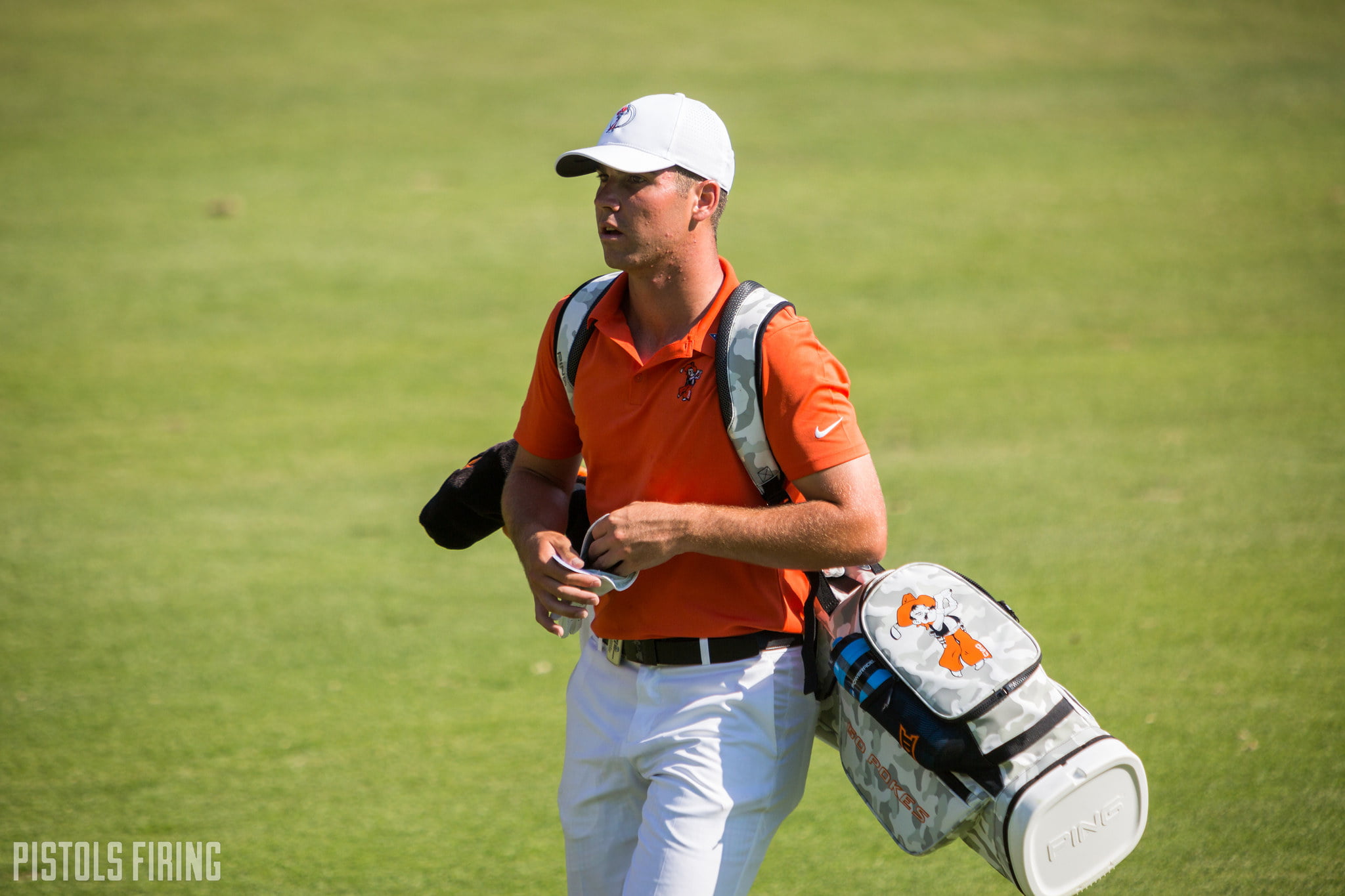 Charles Howell III. He’s the only golfer in Oklahoma State history who has averaged fewer than 70 strokes per round in a single college golf season. That’s it. Not Rickie Fowler, not Peter Uihlein, not Pablo Martin nor Scott Verplank. None of them. Only Howell, who went on to win the Haskins Award in that magical 1999-2000 season, college golf’s version of the Heisman Trophy.

Now, in the same season, two OSU golfers are not only going to break Howell’s mark of 69.57, they’re going to shatter it. The No. 1 amateur in the world, Viktor Hovland, and the No. 4 amateur in the world, Matthew Wolff have played some of the best golf this year, not just in the country, but in recent collegiate history.

When I asked them about all of this on Thursday, they either didn’t know about the single season scoring record or did a great job of covering it up.

“I did not know that at all,” said Wolff. “I had no idea that it was Charles Howell’s scoring record. That’s not really something we look at. I think we’re just going out there trying to shoot the lowest score possible.

“Obviously seeing Viktor play well pushes me to work harder and play well, and obviously it’s nice when it helps the team. I know I have confidence in every single one of these guys to go out and shoot a low number. It’s not just Viktor, it’s everyone.

“I’m not really thinking about any of the accolades or the scoring average or anything like that because that’s pretty selfish, to be honest. I think I’m just doing what I can to help the team and all that stuff comes later if you do your part.”

Both Wolff and Hovland will also likely break Hunter Mahan’s career scoring record of 70.57. Wolff is currently at 69.44, and Hovland is at 70.38. Astonishing numbers for the best one-two punch in the country and one of the best of all time.

“Yeah, I mean, we’re just like robots, so we never have any thoughts out there when we play,” Hovland joked as a follow up to Wolff.

“Obviously we just try to do our best every week, and we’ve done — me and Matt — fairly well throughout the season. We’ve kind of just gotten in a groove where you kind of found your game and just played that every week.

“Matthew’s success and the rest of the guys on the team has helped me and pushed me to play better because … that one guy is going to be the low guy for the week. I think we have five players, and even eight guys on the whole team that could potentially play our tournaments and be the No. 1 guy. You want to be that guy, and if you want to be that guy, then you have to play really well.

“So in that way and kind of the way we’re talking to each other and cheering for each other, then we’re just making ourselves a lot better.”

Whoever is “that guy” this weekend in Arkansas has a chance to become OSU’s 10th NCAA champion ever. If it’s Hovland, it will be the fourth win of his season and fifth of his career. If it’s Wolff, it will be his sixth win of the season and sixth of his career. Regardless, both are more focused on a more important number: 12, as in the number of team titles OSU will have if they prevail once again.

“I think we’ve always had a target on our back, and we know that feeling and we’re comfortable with it,” said Wolff. “I think that there’s nothing else that’s really changed or feels that much different. It’s more just going out there and doing what we do.