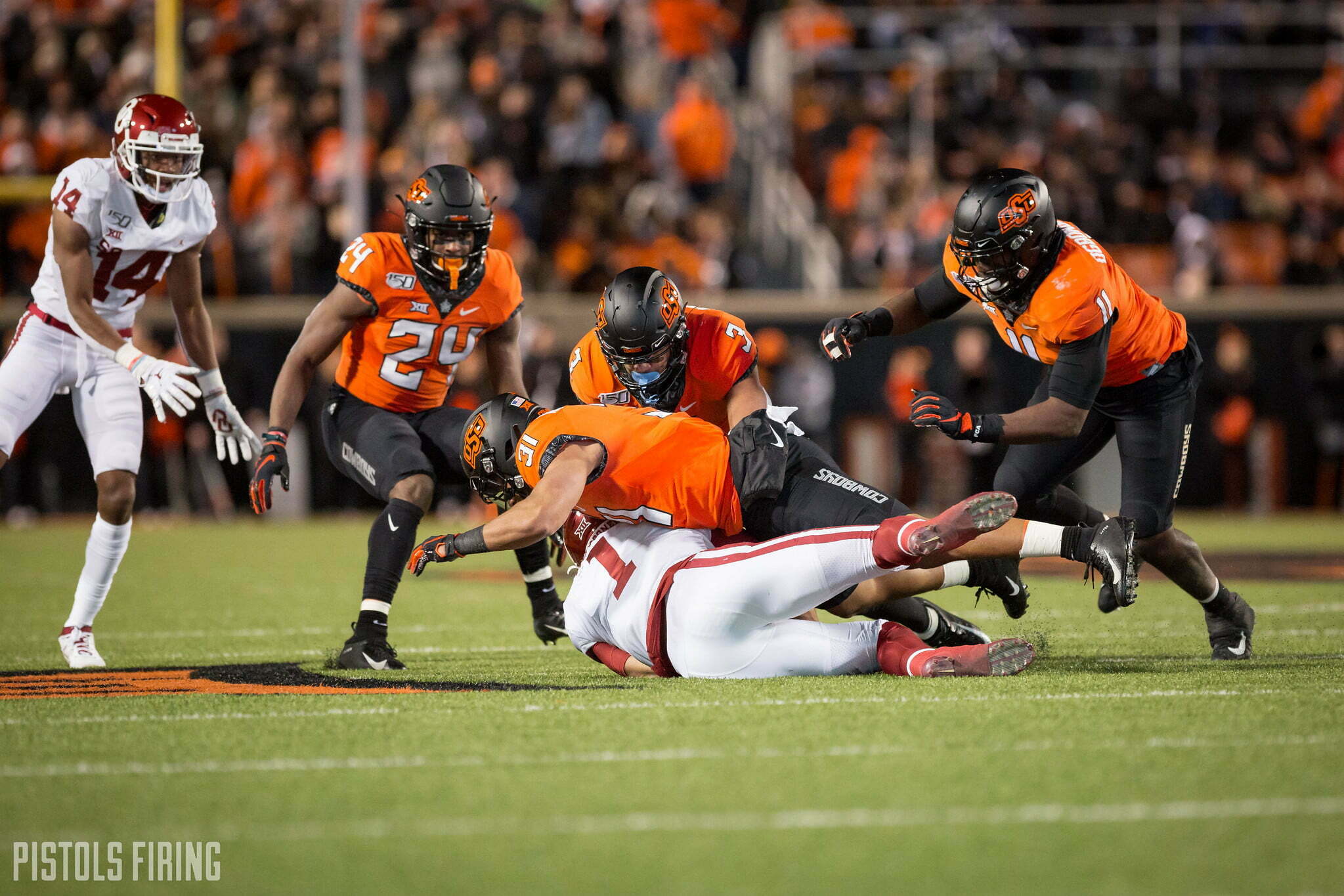 There are innumerable ways to evaluate classes of incoming players, and we’ll look at a handful of them today. OSU signed three new players to bring its total to 23 for the Class of 2020, and I’ll have notes and thoughts at the bottom of each section (all this data is as of 4 p.m. on Feb. 5 and subject to change)

• This class checks in right in the middle of the pack in terms of individual player rating. It included just one four-star player, which is the fewest since 2016 when [checks notes] OSU enrolled none. That year, Tramonda Moore signed a LOI, but I think we all know how that went.

• We’re willfully (?) ignoring the transfers (we’ll get to them), but if you believe titles are built on the backs of blue-chippers — and at this point, I don’t know how you don’t believe that — this class doesn’t engender loads of excitement.

• I’m not as concerned about the player rating because … whatever .. but the lack of four-stars is disconcerting (especially compared to other Big 12 teams — see below).

• Not sure what to say here. You will never win a national championship recruiting like this. It will never happen. You could win a Big 12 title, but barring extremely unforeseen circumstances, it’s pretty much impossible to run through a two-game slate in the CFP against two elite teams with this caliber of player. Go look what happened to the teams that tried to do it (Washington and Michigan State).

• This number could drop even further by the end of the day. It’s not likely to get better since OSU’s class is complete.

• Here’s another way to look at things. Of the top 500 college football players in the country, among 65 Power Five teams, OSU signed one of them (Shane Illingworth).

• Now seems like a good time to note that OSU’s numbers don’t include transfers. So guys like Collin Clay (a 4-star out of high school) are not factored in. Of course they’re not factored in for any team, but it’s worth mentioning since it seems like OSU always adds at least one big-time talent (like Clay and Israel Antwine) in the offseason. I think we often underrate the work they do in this market.

• That’s 12 years of finishing fourth or fifth in the Big 12 recruiting rankings. That’s just who you are as an organization. It’s working … I think. But also you have one Big 12 title (with an unusual set of QB circumstances) and zero CFP appearances to show for it. 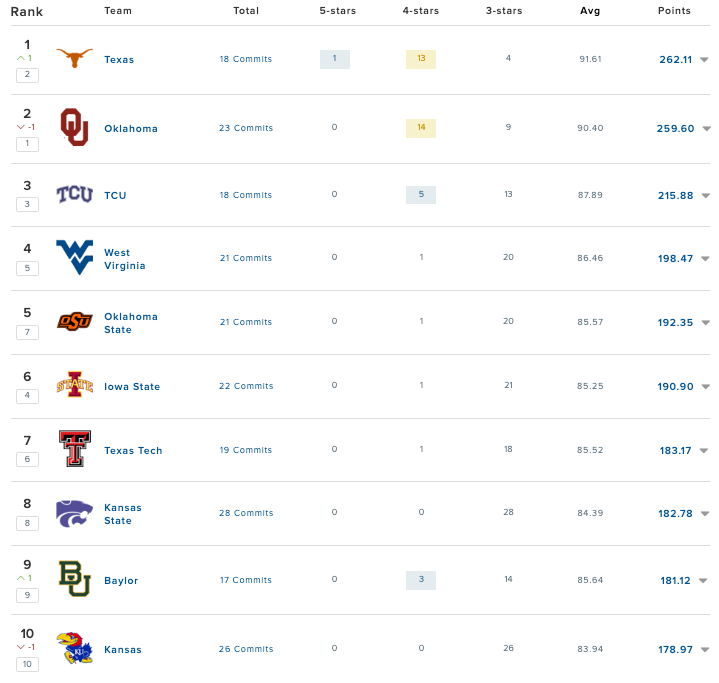 • Texas and OU signed 27 four-star guys combined. OSU signed one. TCU signed five! Baylor signed three. Kansas State tried to sign 55 three-stars, but they could only squeeze in 28. West Virginia — which went 5-7 last year — is ranked roughly the same as OSU with the same number of players coming in.

• The TCU thing is tough. Not that they’re ranked ahead of OSU but that they landed five four-star guys. A couple of those are going to be studs. And sure, some of OSU’s three-star fellas will go on to have nice careers, but you’re playing with fire when you’re trying to win conference crowns with three-star players for extended periods of time. 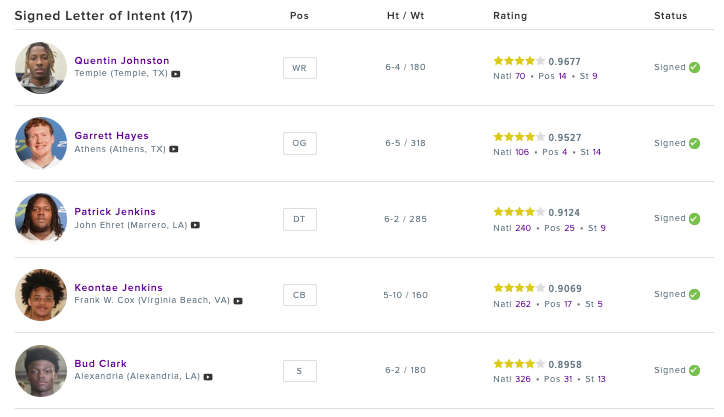 • The Baylor thing is also tough. Their player rating is higher than OSU’s because they landed three blue-chippers. Depth doesn’t matter as much as stars (see OSU’s current WR room), and Baylor and TCU took some swings at stars in a way that OSU did not in this year’s recruiting class.

Coronavirus Survey: How Are We Feeling, and How Much Are We Missing OSU Sports?