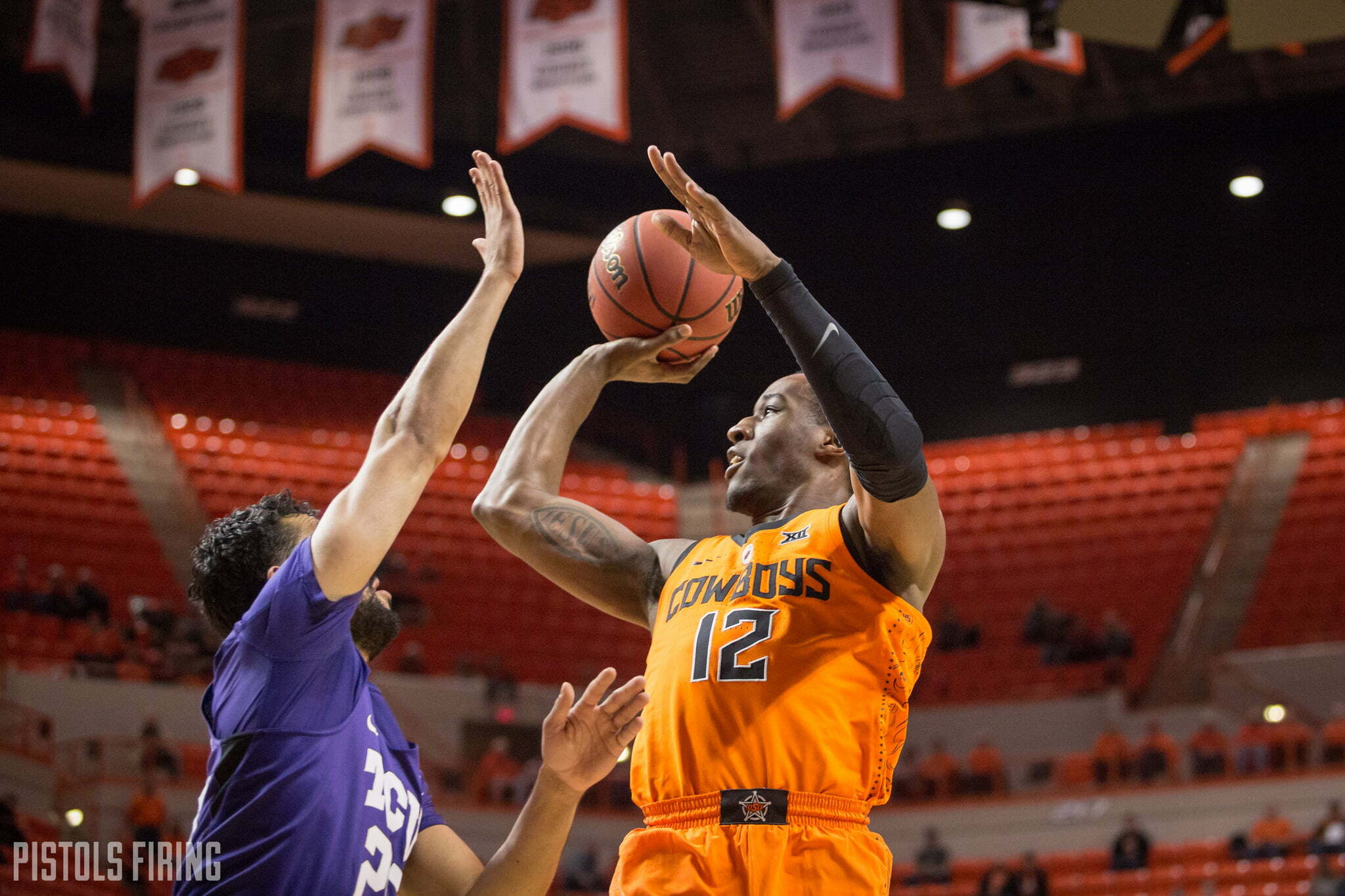 Here is a thing that was typed in our Slack chat during the Oklahoma State-Texas Tech game on Wednesday evening: Imagine OSU being the team that helps KU keep its streak alive.

It would for whatever reason actually have been somewhat humorous to me if Mike Boynton were to gift wrap a Big 12 title to Kansas after all those year of Bill Self gift-wrapping another year of Travis Ford to Oklahoma State fans by losing over and over again in GIA.

However, OSU just lost to the two teams currently ahead of Kansas in the Big 12 standings — Kansas State and Texas Tech — in the last week by a combined 43 points (?). And with just three games left in the regular season KU doesn’t control its own destiny. Here’s a look at the standings. 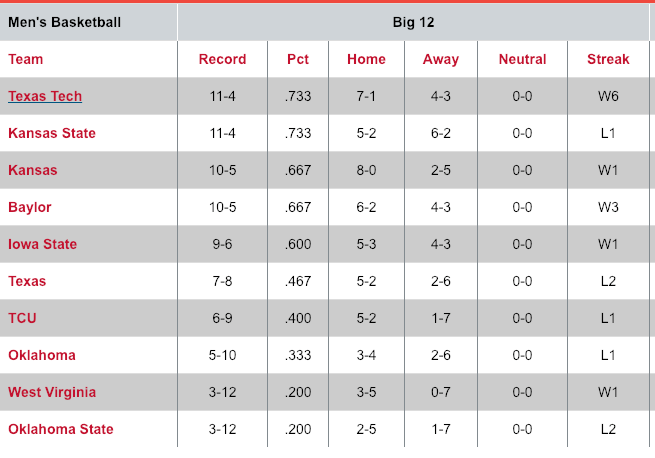 What could actually happen here is that OSU could take Kansas out of it completely with a win over the Jayhawks in GIA this weekend. A loss there would mean that for KU to keep its Big 12 title streak of 14 in a row alive that Tech and Kansas State would both have to lose two more games just for KU to share a 15th in a row. That’s not going to happen.

They could both lose one, though, in which KU would have to win out at OSU, at OU and against Baylor at home to claim a share of a 15th consecutive Big 12 title (here’s a list of things that were things the last time KU didn’t win the Big 12, a year in which OSU did!). Here are the Kansas State, Texas Tech schedules.

Kansas State probably has the easier path to keeping KU from No. 15, but they can all but print the hats if KU falls in Stillwater this weekend (we’ve seen crazier KU losses in Stillwater, right? …. ok maybe not right).

As for OSU, that West Virginia game at home on March 9 is looking like the battle to not finish in last place in the Big 12, something the Pokes have never done since entering the conference in 1996-97.

Here are all of the regular season champs in Big 12 history. It’s pretty wild to me that OSU has fewer Big 12 regular season and tournament titles than Iowa State, Texas and OU. 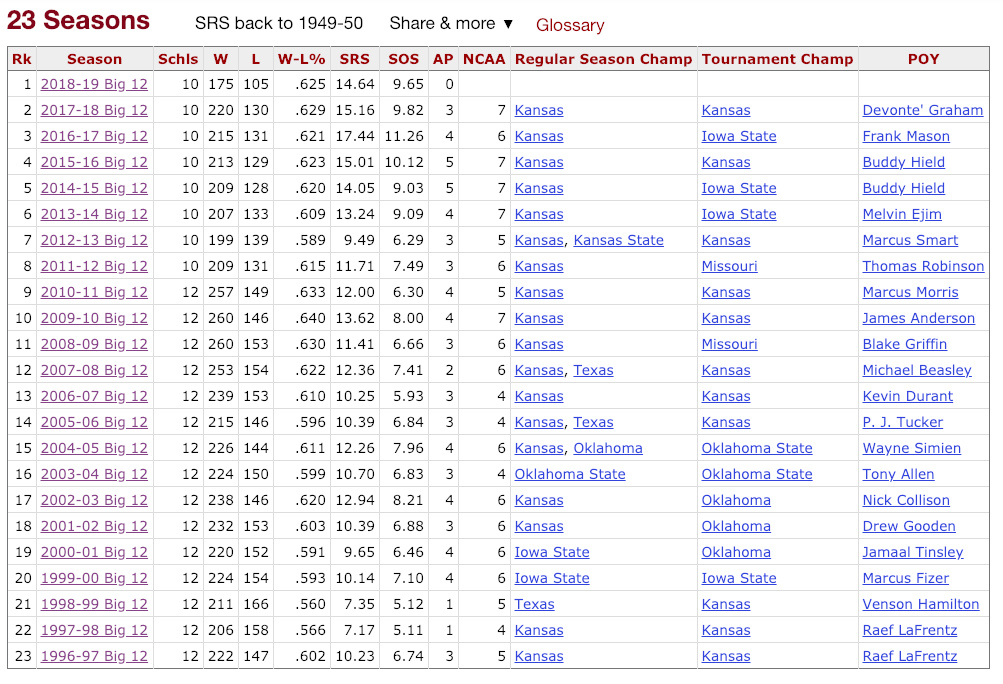