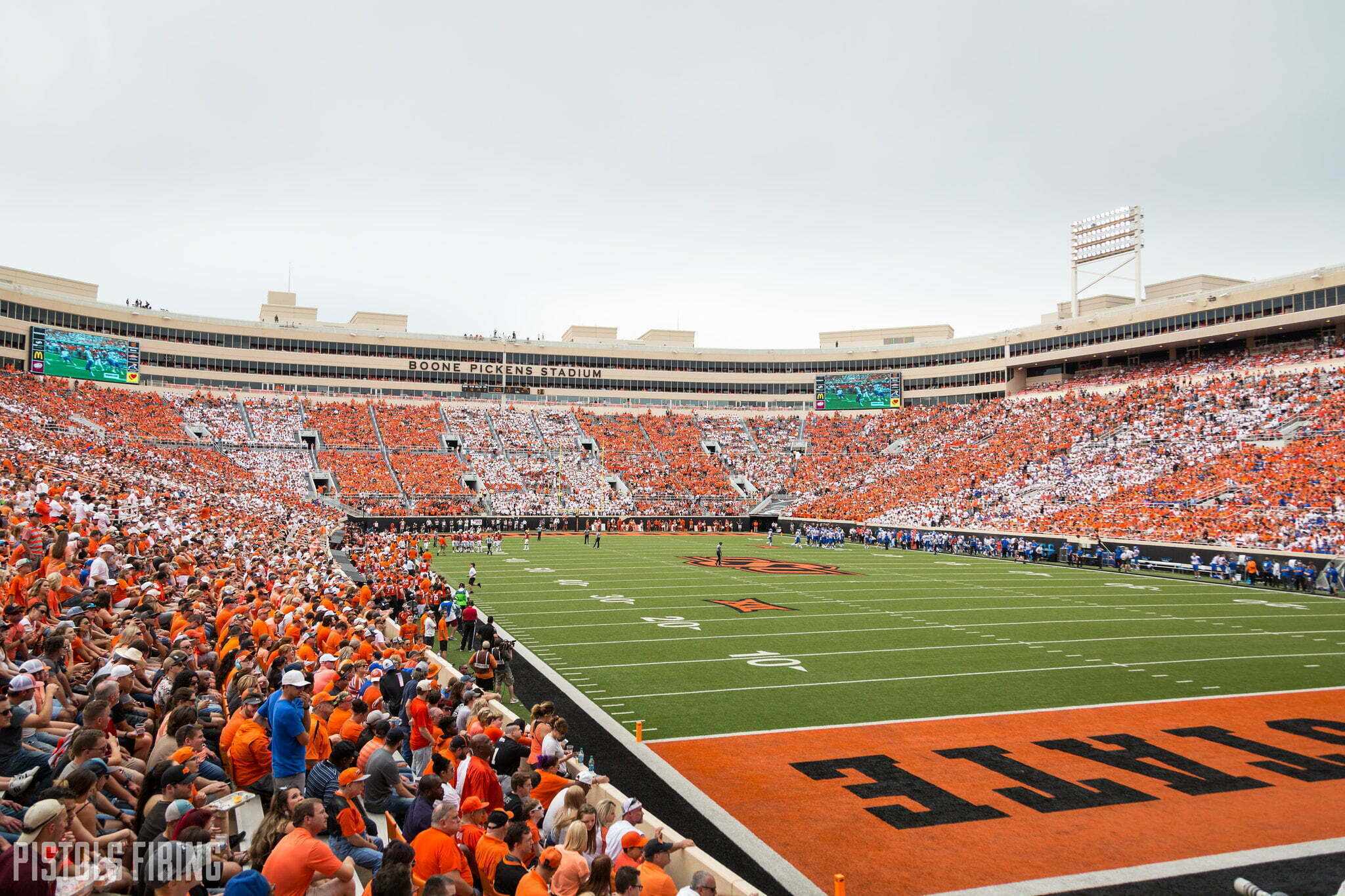 OSU has in the past successfully deployed strategies striping Boone Pickens Stadium — but it comes with some serious planning. So get out your pen and paper if you’re planning on being there this coming Saturday as Arizona State comes to town.

Lower bowl: Wear orange. That includes everyone in the 100 sections.

Middle bowl: Your job is to wear white. That’s every seat in the 200s.

Upper bowl: Your job is to don black. Everyone in the 300s: that’s you.

Box seaters: You are to wear orange.

Here’s how it should look if you follow the plan.

This is a new way to stripe for OSU — it recently striped vertically against Boise State — so keep in mind this is a horizontal stripe. If you’re in 224, for instance, don’t follow what your buddy in 330 is doing. You will look silly.

As Marshall noted a few weeks back when OSU announced plans to stripe the stadium for the ASU game, Saturday will also feature a tribute to former OSU star Terry Miller, who has been inducted into the College Football Hall of Fame. The 2002 team led by Josh Fields will also be honored at the game.