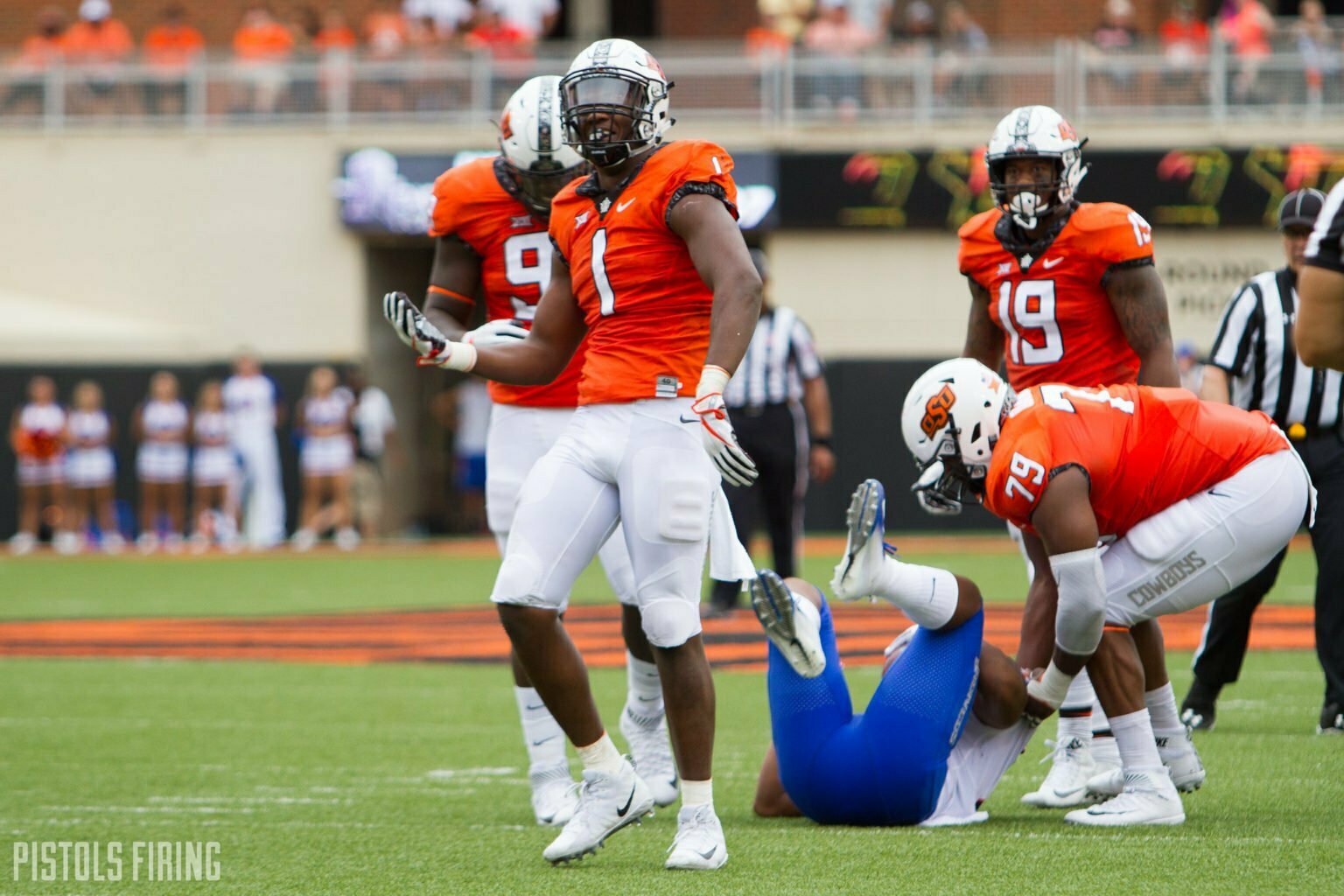 It’s Wednesday, and we’re introducing a new weekly series on the site: Hump Day Happenings. Here, we will discuss the happenings of the week, whatever is topical, and we will do so on Hump Day to help you pass the time and get through your Wednesday.

Boone: OK, so first thing’s first based on needle-movers this week: How big do you think the Tyreek Smith signing is for OSU hoops? 6-8 power forward and former four-star who Boynton and Co. scooped up from Tech.

Marshall: I dig the pick up from the standpoint that he should provide some rim protection for the Pokes. He will also just be a redshirt sophomore, and the Pokes needed frontcourt depth. He checked a lot of boxes. He kind of seems like a hybrid power forward/center, something that has been a bit of a constant at OSU, but overall, I like the pick up.

Boone: The stats he put up at Tech don’t scream instant impact — he barely played and averaged 2.6 points and 2.4 boards per game — but I’m a big fan. Good athlete, gifted shot blocker, and a guy OSU clearly thinks can be a difference maker in a different situation. Kind of fits the mold of a more modern big man in today’s game. Guess it would be nice to add a true big — someone like a Kofi Cockburn or Hunter Dickinson who have big bodies — but I’m pretty bullish on him.

Boone: Tyreek Smith is a good segue to our next topic: If you’re handing out a grade for how Boynton has stocked this roster ahead of 2021, it’s a ____ and why? (Knowing, obviously, that OSU is still not done on the ‘crootin trail with two more scholarships to offer.)

Marshall: Based solely off this offseason, I’ll give it a solid B. Some are freaking out that he hasn’t landed 15 five stars at this point, but I think the team is in a good spot to step forward. Avery Anderson, Isaac Likekele, Kalib Boone, Rondel Walker, MA Moncrieffe, Keylan Boone — all those guys should be better next year than they were last season. There wasn’t a need on Boynton’s part to do anything drastic and risk stunting some of those guys’ progression. OSU’s points of need were frontcourt depth and 3-point shooting. Woody Newton provides both of those things. Smith provides post depth, and Boynton has two scholarships to give.

Marshall: Also I think some of the 3-point shooting woes can be fixed in house with guys like Walker and Keylan Boone. Plus OSU will have Chris Harris back, and I think Donovan Williams will be a high-level scorer for OSU one day, whether that’s next year or beyond.

Boone: Yeah I was going to be more critical, but I think you talked me into a B-. OSU is actually in a position to be NCAA Tournament good in 2021 despite losing the No. 1 overall pick. Kind of impressive they’re in that position to begin with. Adding Woody as a floor spacer who can knock down shots and Smith as a defensive specialist who can give quality depth in the frontcourt are both value adds. Now, OSU is in a spot to take home an A on the report card, dependent upon how the final two spots are used. I know one player in particular that would himself bump this a full letter grade. (*cough* Bryce Thompson *cough* Bryce Thompson.)

Excuse me, these darn allergies. . .

Boone: OK, enough hoops talk. With the NFL draft in the rear view, but on that same topic, who do you see as OSU’s most interesting NFL prospect? I wrote about it this week — (spoiler alert: my answer is Trace Ford) — but I’m curious who you think. (Also: To expound upon my Trace pick: he’s the dude who when watching OSU games consistently makes me say “holy crap.” That’s not exactly a metric the NFL uses these days, at least not yet, but I think that easily makes him a potential first-rounder.)

Marshall: I’m interested in how Kolby Harvell-Peel and/or Tre Sterling project after this season. It isn’t often that we mention three potential guys for OSU to have drafted who are all defenders. But around Stillwater, everyone speaks quite highly of those two safeties, but I wonder how that projects nationally.

Boone: Yeah agreed with you on the KHP and Sterling picks. Both kinda fit where the NFL is going with safeties — they cover ground, hit hard, have good hands and instincts — and they both, at times, have been the most impactful player on the field at one point or another. If they build out strong 2021 seasons, they’ll be NFL-bound.

By the way, remember when everyone panicked about OSU missing on Caden Sterns? Sterns was just drafted in the fifth round and KHP — who OSU took in the same class — could wind up being drafted higher. Kinda crazy.

Marshall: Caden Sterns + KHP would be quite crazy, though. Give Jim Knowles all the safeties.

Boone: Yeah, I’m just trying to console myself about it actually. Having Sterns patrolling the back end of that defense would’ve been filthy.

Final question: among the OSU-to-NFL free agent signings this week — guys who went undrafted, so excluding Teven, Tylan, Chuba, Rodarius — who do you think has the best shot at sticking on an NFL roster?

Marshall: Dillon Stoner. He was good in a lot of roles. When he was the No. 3 guy, he was reliable. When Tylan Wallace was injured and Stoner was the No. 1 guy, he was dominant. I think that level of flexibility will be big for a guy trying to mold into a roster spot.

Boone: True. Yeah, I like that. And I was pleasantly surprised to see him get some draft buzz even if he wasn’t actually drafted. I’ll go with Calvin Bundage. He was always a difference-making pass-rusher when healthy, the big question always being health not talent. I’d be pumped but not surprised if the Steelers squeezed out quality production from him.

Marshall: Yeah, I like him as a Steeler, too. His mystique, I think, fits well in the black and yellow.