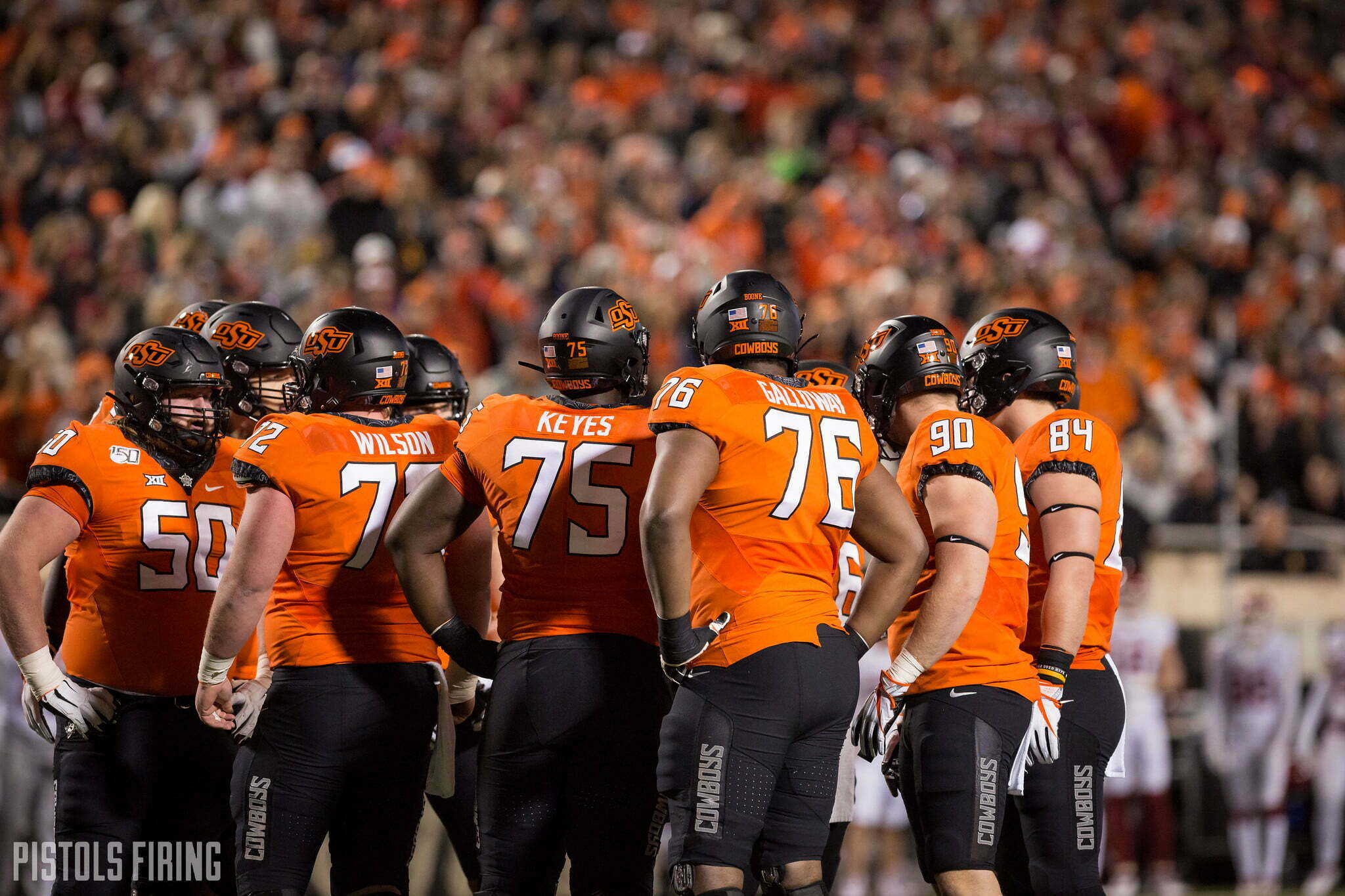 Hey, something on actual football!

The teams with two of the top eight games include OSU, OSU, Alabama and Georgia. Wouldn’t be the worst playoff either!

Texas-OU didn’t even make the top-20 list, which is amazing. Here’s what 247 had to say about the Bedlam matchup.

This might be the first of two meetings between the Bedlam rivals as they are my predicted top two teams in the Big 12. The first matchup will be like a conference championship. Oklahoma State is due for a resurgence after two mediocre seasons under Mike Gundy, who is accustomed to 10-plus wins each season. He returns the best running back in the Big 12 and a freshman phenom (Spencer Sanders) who threw for 2,065 yards despite missing the final two games of 2019 due to an injury. Hubbard rushed for more than 2,000 yards last season and receiver Tylan Wallace is an All-America candidate. [247]

Texas is a lot like USC this season. Talented quarterback and immense fan pressure on their respective head coaches. Sam Ehlinger is a popular darkhorse candidate (can you be a darkhorse and also popular?) after throwing for 25 touchdowns and rushing for 15 more last season. The Longhorns have a tough schedule in the Big 12 and must travel to Iowa State and Oklahoma State, and also play Big 12 favorite Oklahoma in Dallas (if that game is played as scheduled).

The season finale against Oklahoma State could be for a spot in the Big 12 title game against OU. I’m expecting a big jump for Oklahoma State with 2,000-yard rusher Chuba Hubbard returning with a more mature passing game with quarterback Spencer Sanders returning after being thrown into the fire as a freshman in 2019. [247]

I have to say … it feels pretty good to not be writing about OAN or NCAA legislation or the coronavirus, if only for a day. Some of that has obscured the reality that Oklahoma State is on the precipice of one of the two or three most anticipated seasons in school history.

Over the course of 13 weeks this fall — hopefully anyway — OSU could get Texas and OU up to three times, and one of them could be for a conference crown. That’s thrilling to think about and thrilling that OSU will be at the epicenter of the college football world multiple times come the season (and for the right reasons this time around).

It’s amazing that OSU hasn’t yet played in the Big 12 title game as it has been constructed for the past three years — TCU, Texas and Baylor all have one appearance against OU. Hopefully that changes this year, though, and hopefully — with OU’s streak of five straight titles on the line — we get a new champion in December.