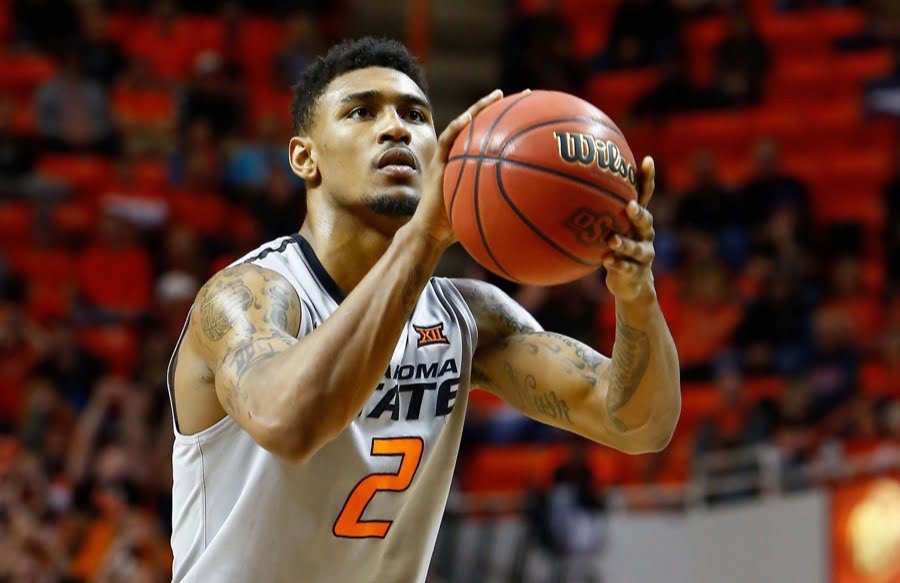 Le’Bryan Nash went out in style in his last game in GIA. (USATSI)

I’m not sure there’s ever been a more equally infuriating and talented player to pass through GIA than Le’Bryan Nash.

One minute he’s taking 11 steps with the ball and wondering why traveling was called and the next he’s scoring four straight buckets to win OSU a game.

Statistically, he’ll go down as an all-timer player in Oklahoma State history. Maybe he won’t be remembered like that, but maybe he doesn’t even care.

My man Matt Norlander recently wrote a great piece about fatherhood among college basketball players. Count Nash among those trying to balance being a pops and taking them from Big 12 big men.

“There are people around me that are helping me a lot to make sure I do good by her and make sure I be a great father in my child’s life,” said Nash recently about his daughter Kenleigh in a terrific profile by Kieran Steckley.

He also noted that he did his mom right by snagging a degree.

“That will be something real special in her heart, like it will be in my heart,” Nash said. “People don’t look at me as an academic, so it’s something I can show off, showcase.”

I, like Nolan, am a complete sucker for Senior Nights. I’ll go to my grave not having gotten over OU ruining Desmond shutting down old GIA.

I love senior nights. Takes a lot of mental toughness to play college sports. Always cool to see everyone get recognized.

“It’s a special night,” Nash said. “Not to play in Gallagher-Iba again kinda makes me feel sad because it’s one of the best arenas I’ve ever been in in my life. When that place is sold out, it’s mayhem.”

So yeah, I’m going to miss Le’Bryan Nash. It’s a hell of a thing to watch people grow up on your TV screen. Like a more impersonal version of Boyhood.

“You see Cobbins has been here for five years. I can still remember him when he walked in. I remember when Le’Bryan Nash came on his visit, it just seems like yesterday. Sager. You go down the line. Soucek coming in late. All those things just start flashing in your mind like it’s a movie and you get very emotional.”

And Nash’s career coincided almost completely with my career running this site. I started it on the day of his 19th game and here we are 103 games later.

I don’t know whether he’ll go on to be great professionally or where he’ll end up but I know it was a pleasure to watch him throw GIA on his back and run with it for swaths of time over the past four years.

And for some reason, this bit from Steckley about Nash’s daughter in the profile stuck out above everything else.

I didn’t know whether to laugh at Ford, consume it as a philosophy on life or wonder if it wasn’t a metaphor for Nash’s journey.

One lesson from Ford stands out above the rest. When Kenleigh would start to cry, Nash assumed he did something wrong. Is she hungry?  Is she mad? He asked Ford what he should do. Ford’s answer: Sometimes a baby just needs to cry.