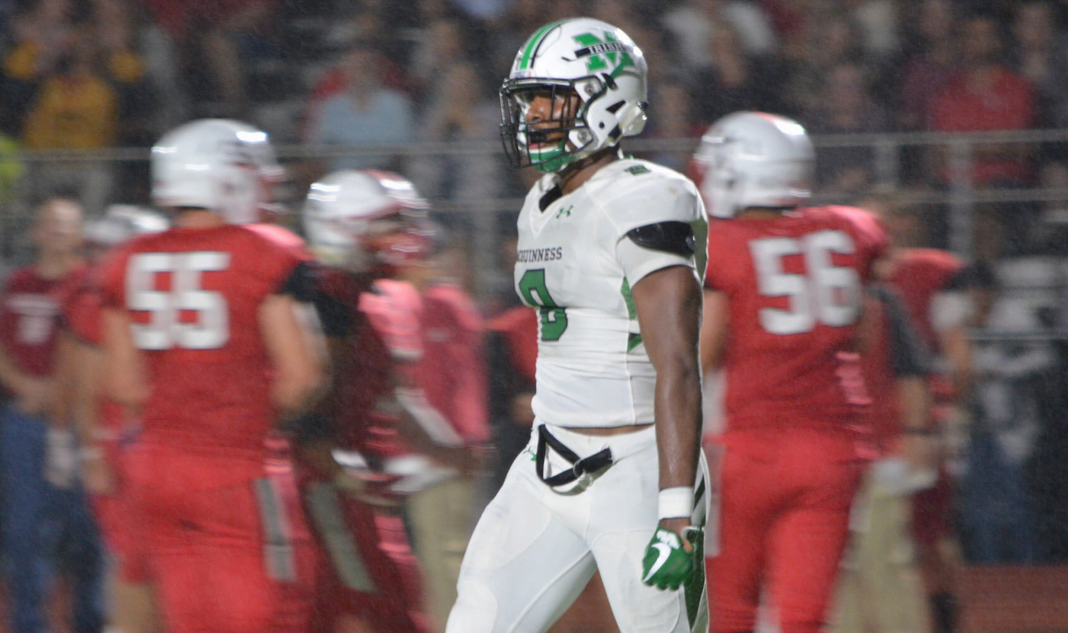 When Charlie Strong said at his Texas press conference introduction in 2014 that he wanted to control the state from a recruiting standpoint, it felt like more of a threat than a promise. Whatever it was, it wasn’t empty; Strong and his staff landed a number of high-profile kids from the Lone Star State.

Losing in recruiting wasn’t part of his swift demise. Losing on the field was.

Mike Gundy’s never made such a sweeping declaration to my knowledge about the talent pool from the state which he exists and recruits often from, but if he did, it too would not be empty. In landing in-state linebacker Brynden Walker on Monday afternoon, it was a continuation of Gundy pulling high profile names from within the state to commit to OSU.

I know what you’re thinking: But … but Dax Hill!

Hill got out of OSU’s clutches, yes. And OU’s. And Nick Saban’s, for crying out loud. Black mark Gundy all you want for Hill escaping town for a blueblood, which has happened from time to time, and you’ll get lost in the important sauce that is Gundy’s overall successes keeping the majority of the important kids close to home.

Walker is the second Oklahoma prospect to commit to OSU in the 2020 class, joining four-star lineman Eli Russ, and the 12th (!) in-state kid over the last three cycles. Dating back to 2018 and including the most recent 2019 class and the current 2020 class, OSU’s highest-rated commitment has been an in-state prospect. (That holds true for four of the last five years if you also include 2016, which had Calvin Bundage and Tramonda Moore atop the signing list. Tylan Wallace was the top prospect of 2017.)

The hit rate here for Gundy landing kids within the state is stellar. Not every signee works out obviously — for every Justice Hill, there is a Tyler Brown or John Kolar — but the track record is pretty phenomenal overall. Bundage, Stoner and Hill were hits in 2016. Evers, Martin, Rodriguez were hits in 2017. It’s believed that Moore, Bray, McKaufman, Taylor and Anthony will be hits, though it’s rather soon to predict.

So while Walker isn’t the highest-rated recruit in the state, and not a four or five-star that will gather some major attention (even though he committed to OSU over Texas, Texas Tech and some others), his commitment is notable if for no other reason than that Gundy’s clean-up of standout players staying in the state will continue another year. And if recent history says anything, it’s that Walker has a chance to be a strong contributor like the other Oklahomans who came before him.