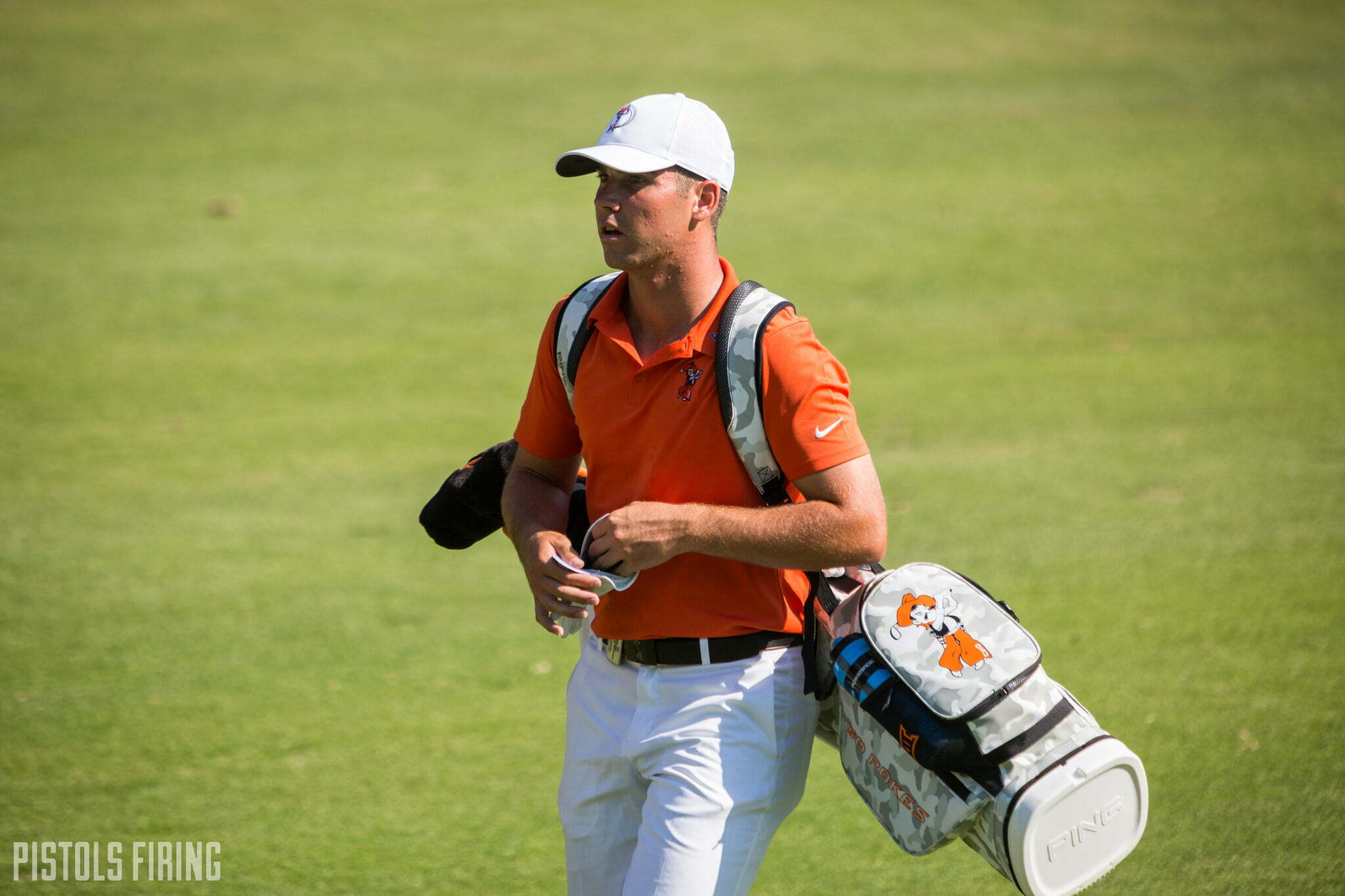 I hope Karsten Creek got a copy of the football team’s All I Do Is Win track because that’s what should be playing on a loop when Matthew Wolff gets back to Stillwater.

OSU as a team finished fourth at the Valspar Collegiate this week, but Wolff won for the fifth (!) time this season, which is a school record. That’s eight starts, five wins and all of the statistics …

While the tournament courses will no doubt get tougher as the Big 12s, regionals and NCAAs start, Wolff is a stroke and a half (!) clear of the single season scoring record at OSU, which Charles Howell III posted in 1999-2000 at 69.57 (Wolff’s is currently 67.95 if you include the East Lake Cup). He has another one of Howell’s records in his sights, too. Howell posted 20 rounds in the 60s in 1999-2000 — the most ever by a Poke — Wolff has 16 this far with five events to go.

But let’s get back to, you know, that single season wins record. Here are the golfers who have won four or more tournaments in a single season in Oklahoma State golf history.

Wolff also now holds the record for most total wins (5) through two years of play at Oklahoma State. Several golfers have won four through their sophomore years — most recently Peter Uihlein — but nobody had ever done five.

And now there are even bigger mountains for Wolff to climb. He mathematically can’t get to Lindy Miller’s career school record of 11 victories by the end of this season, but he could tie (or surpass) his coach Alan Bratton at seven. Here are all the OSU golfers who have ever won seven or more times over a career.

Wolff is two away from joining them. Reminder: He’s halfway into his sophomore (albeit last) year.

It’s all very heady stuff. And he has partners in crime, too. OSU has produced the medalist in all seven stroke-play events they have entered as well as the East Lake Cup, which was a combined stroke and match play event.

That’s five wins for Wolff, three for U.S. Am champ Viktor Hovland and one for sophomore Austin Eckroat. Wolff and Hovland actually tied for first at one event so technically speaking OSU has produced nine medalists in eight events, although it only counts in the record books as eight. Only one OSU team has ever produced more than eight individual champs in a season, and OSU still has those five tournaments to go.

Wolff finished off his 65-66-68 at the Valspar Collegiate with the final two rounds being played on Monday because of weather and finished one ahead of John Pak of Florida State. A familiar face was on hand to greet him after his win (which wasn’t made official until Tuesday morning as a few players had to finish up their rounds).

.@RickieFowler congratulates @matthew_wolff5 for his great performance at the end of Valspar Collegiate event at Floridian Yacht & GC. He is the leader in the clubhouse with -14. The event has not concluded yet with 3 players to finish tomorrow morning. @OSUCowboyGolf pic.twitter.com/D2yvMsK7mA

“Oklahoma State, it’s a big family. We love getting together with the guys whenever we can,” Rickie Fowler told Golfweek. “I’ve been at this event the last few years … It’s great to have everyone together. Once you’re a part of the Oklahoma State family, you’re locked in. It’s a big part of who I am.”

Wolff is the heavy favorite to win the Haskins Award — college golf’s Heisman — and follow a long line of future successful pros like Justin Thomas, Patrick Cantlay and (most recently) Norman Xiong. The last Cowboy to win it was Pablo Martin in 2006. Last year, Xiong won the award with a 69.05 scoring average and 23 rounds in the 60s. He won six times. Wolff has five tournaments to get one win and match him.

It could get even crazier. The single season record for wins is eight, which was accomplished by a guy named Matt Hill and somebody else named Tiger Woods. If Wolff continues his current clip, he could reach that total, which would be an unbelievable ending to what has already been one of the best careers — maybe the most impressive career to date — in Oklahoma State golf history.

School-record 5 titles (and counting) this season for @OSUCowboyGolf star @matthew_wolff5. With 5 events remaining, the NCAA single-season record of 8 Ws isn't out of the question…