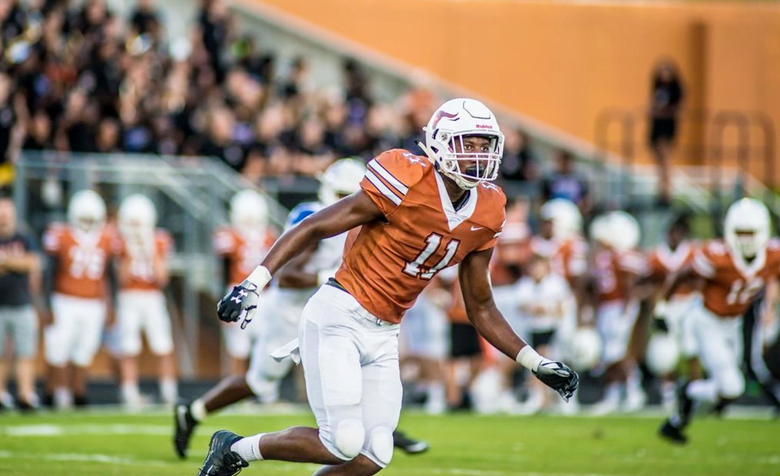 When a highly touted recruit decommits from a program, most staffs work down their board. OSU’s staff, in the case of Josh White’s recent decommitment, is working their way up with a new offer this week to an even more high profile prospect than White in Phillip Webb.

Webb is a four-star, top-200 talent from Buford, Georgia, home of OSU hoops signee Marcus Watson. (Same city, different school.) And at 6-4, 210 pounds, Webb represents one of the most well-known targets on OSU’s board. He has 39 offers and counting including from Auburn and Clemson, as well as pretty much every school within driving distance of him.

OSU is working up its board (on paper) because White is a three-star prospect and Webb is a four-star, but the two are comparable in talent. Why, you ask? There will be plenty of time to buy low on two- and three-star outside linebackers from Texas later in the cycle, but for now, the staff is swinging for the fences in part because linebacker is a major priority in the 2020 recruiting class.

OSU is slated to lose Kevin Henry and Philip Redwine-Bryant next season, and has already lost safety/linebacker Kenneth Edison-McGruder, as well as Justin Phillips. Plugging holes in their stead will be necessary, and getting a young talent like Webb who could potentially play early will be vital.

Webb hasn’t tilted his hand one way or another on where he’ll go, but Clemson and Auburn are viable candidates to keep him close to home. Perhaps with OSU’s sudden interest and pursuit of him, with playing time to offer in the wake of White’s decommitment, it could push the Pokes and Jim Knowles into consideration as the summer rolls around. Getting a visit, even if it’s a drive-by on his way to OU, who has also offered, would be huge.

White backing away from his commitment doesn’t mean OSU is out of the picture entirely, he said this week, but with OU in the picture and Bama, LSU and others pushing, OSU may be best to go about its business with the assumption he’s not re-entering the fold.

Webb and White represent two of the four outside linebacker offers in the 2020 class along with three-star Jaqwondis Burns from Terrell, Texas, who was offered a day before White’s reported decommitment, as well as four-star New Orleans native Brandon Williams.