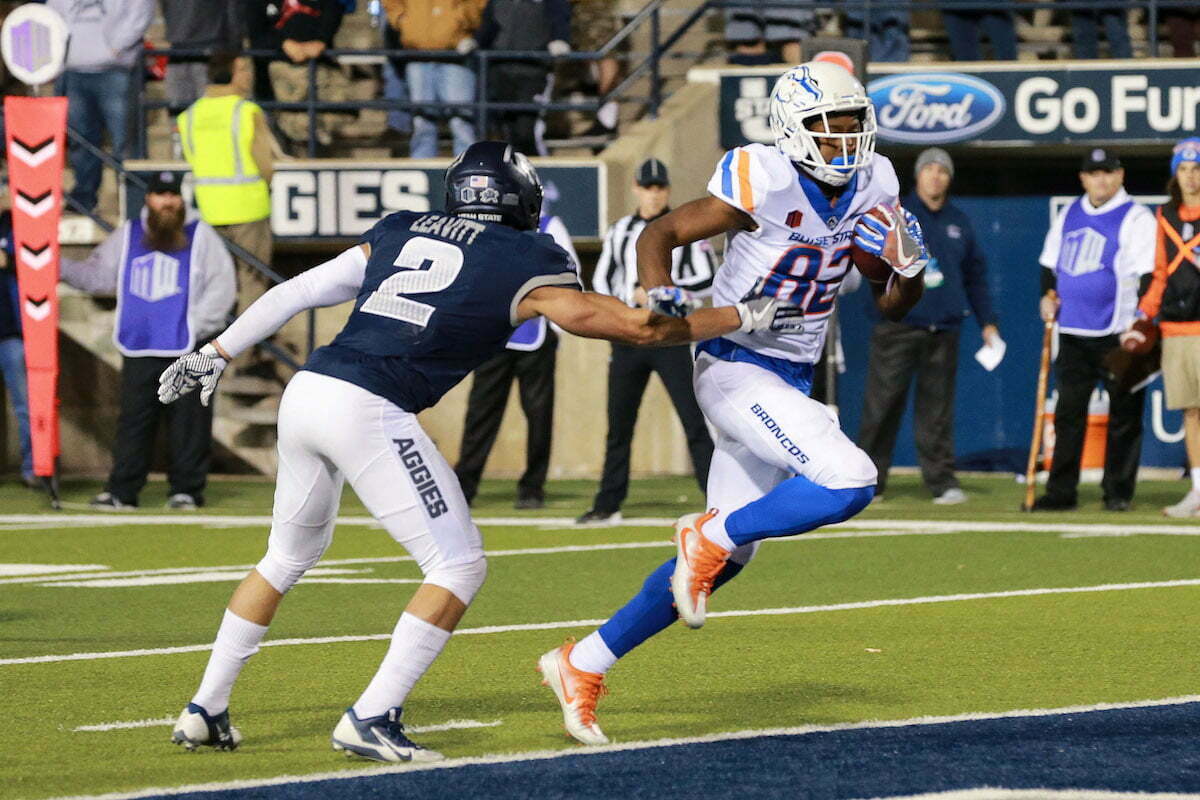 Boise State has dominated its competition through two weeks, outscoring Troy and UConn by 36 and 55, respectively. And it has done so at less than full strength.

The Broncos have been without sophomore receiver Octavius Evans and senior defensive tackle David Moa for both games. Junior linebacker Tyson Maeva also missed the action this past weekend, but all three appear to be slated to return from injury this weekend according to coach Bryan Harsin.

Despite being down a talented pass-catcher in Evans, who is potentially the most explosive receiver on the squad, Boise has utterly embarrassed its competition to date on the strength of its passing game.

Led by QB Brett Rypien and his 667 yards passing, which ranks 11th nationally through two weeks, the Broncos offense has been absolutely potent — and its receivers have looked the part of a top-15 team. Adding Evans to an already productive receiving corps only bolsters the bunch, giving OSU a difficult matchup in defending the pass.

In the absence of David Moa, juniors Chase Hatada and Matt Locher have filled in. But with Moa, Boise’s defense is more effective, giving it the best chance to defend the run and rush the QB up front.

We’ll see if their insertions back into the lineup this weekend will make much of a difference, but Boise getting to full strength — and seemingly game-planning its injuries to ensure everyone is at full health for this game — seems to bode well for the visiting team looking to overcome underdog status and take down the Pokes.