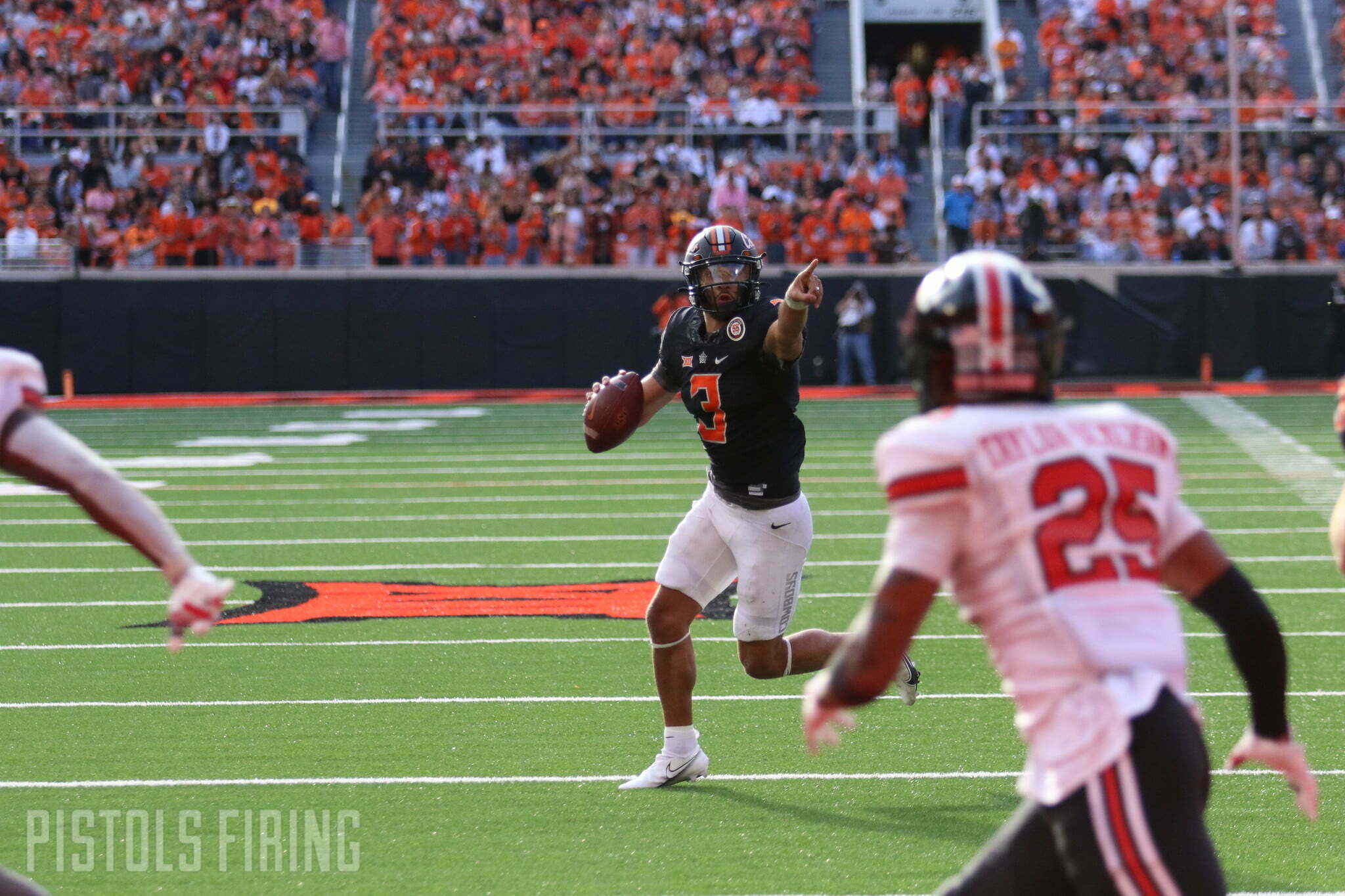 Spencer Sanders was not mentioned on Dave Hunziker’s pregame injury report, but a long list of Cowboys were listed.

Starting with the Cowboys’ pass catchers, Johnson leads OSU in receiving yards this season with 398 yards while also bringing in a trio of touchdown passes. Bray has played in only one game this season, catching two passes for 24 yards against Texas Tech. In Johnson’s place, true freshman Stephon Johnson could get more of a run. Johnson has five catches for 73 yards this season.

A veteran pass rusher, Martin is tied for OSU’s lead with three sacks. He has 19 total tackles, five tackles for loss and seven quarterback hurries. Luckily for the Cowboys, they are deep at Martin’s position. Expect even more Collin Oliver, Trace Ford and Ben Kopenski coming off the edge.

Harper has started at OSU’s nickel safety spot this season. He has 27 total tackles, 1.5 tackles for loss, an interception and two pass breakups this season. Redshirt freshman Raymond Gay is listed behind Harper on the depth chart.

OSU’s starting center, Preston Wilson missed the Cowboys’ loss in Fort Worth with an undisclosed injury. Eli Russ and Joe Michalski played in Wilson’s place. Michalski, who is dealing with nagging injuries of his own, is expected to start, according to Hunziker.

So, to say the Cowboys are banged up is an understatement, and it comes at a tough time. OSU’s game against Texas could be a crucial one as the Cowboys look to return to the Big 12 title game with both squads already having one loss in conference play.

The Cowboys and Longhorns will kick off at 2:30 p.m. Saturday in Boone Pickens Stadium.