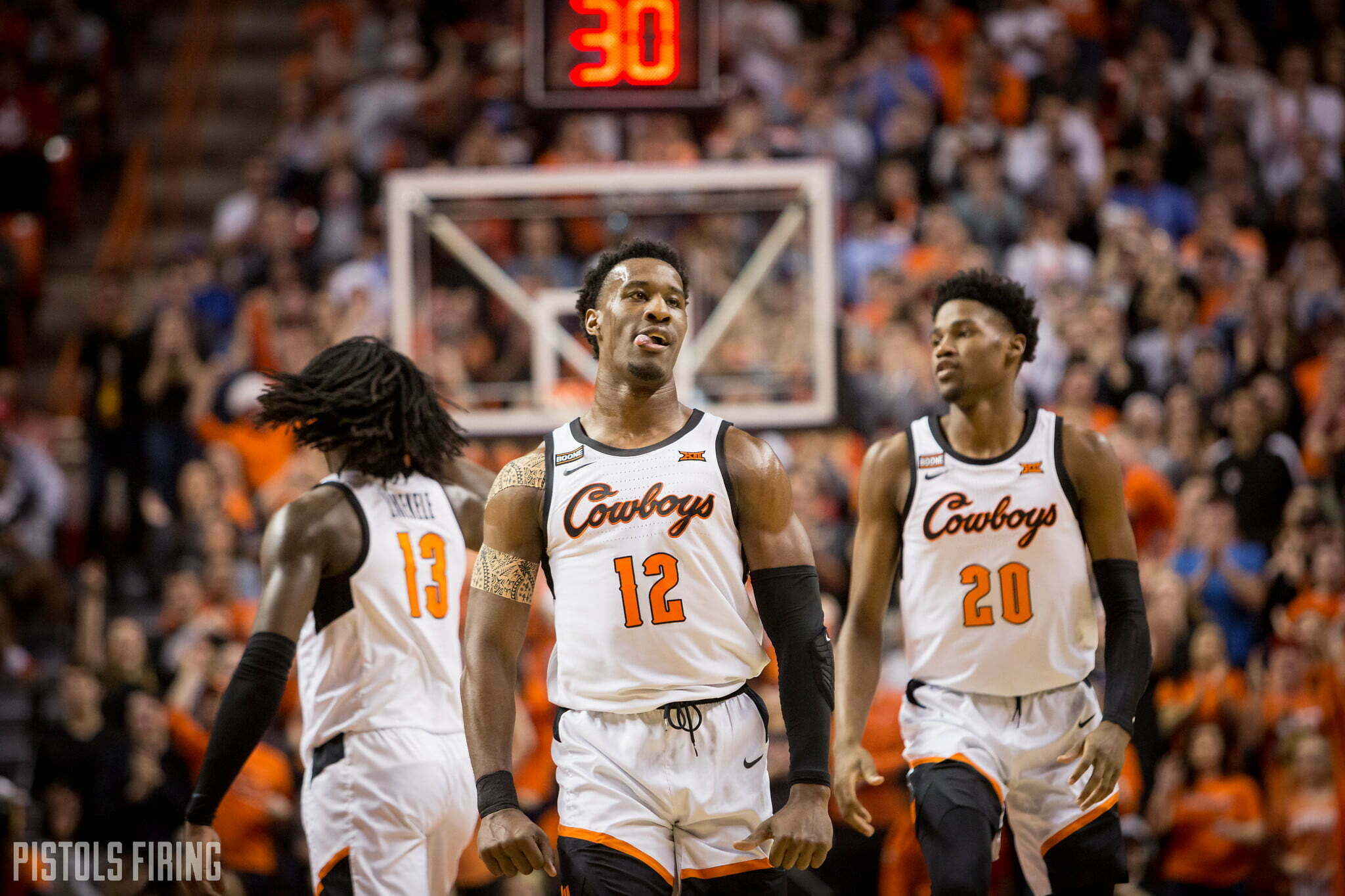 The Cowboys took out a season’s worth of frustration on the Longhorns in Austin on Saturday, dealing a blow to UT’s tournament case. For what it’s worth, Draftings.com currently has both teams headed to the NIT with Texas as a 1 seed and Oklahoma State as a 2.

There’s plenty that can unfold in Kansas City during this week’s Big 12 Tournament that will affect the two teams’ postseasons, but as we put a bow on a dominant road win, let’s take a look at some interesting numbers and historical tidbits.

With the win, OSU finished its regular season 7-3. Over the last month-plus, the Cowboys only losses came on the road to ranked teams No. 1 Kansas, No. 4 Baylor and West Virginia (the team that just beat the latter in Morgantown).

Cam McGriff, Thomas Dziagwa and Lindy Waters had one Big 12 arena to cross off their career list and it Frank Erwin Center. They did that in memorable fashion with the wire-to-wire throttling of UT. That was OSU’s first win in Austin since 2015.

It was only the Cowboys’ second Big 12 road win all year and that aforementioned trio joins Jeffrey Carroll and Mitchell Solomon as the only Pokes to earn wins at every conference arena since the class of 1954. You can say a lot of things about the turnover and inconsistency during their tenures, but that’s significant.

Don’t look now, but the Cowboys are one of the hottest teams in the field heading into this week’s conference tournament.

Oklahoma State faces Iowa State, the Big 12’s coldest team coming in, on Wednesday night for a chance to play Kansas on Thursday afternoon. The Cowboys handed the Cyclones the first of the three straight losses they’ve suffered. And OSU is 12-2 all-time in the first round of the Big 12 Tournament.

If you get to Thursday against a Kansas team with its eyes on a much bigger prize, who knows what could happen.

• OSU is 32-8 when holding its opponent under 40 percent shooting under Mike Boynton.

• Head coach Mike Boynton is now 8-4 in the month of March, including a 2-0 mark in 2020, and today’s win at Texas gives the Cowboys seven wins away from Gallagher-Iba Arena this season – tops in the Boynton era.

• The Cowboys won in the Erwin Center for the first time since 2015, snapping a four-game skid in Austin. Texas still leads the overall series, 52-45, including a 31-14 edge in Austin.

Thing get going on Wednesday night at 6 p.m. with No. 8 Oklahoma State taking on No. 9 Iowa State on ESPNU.