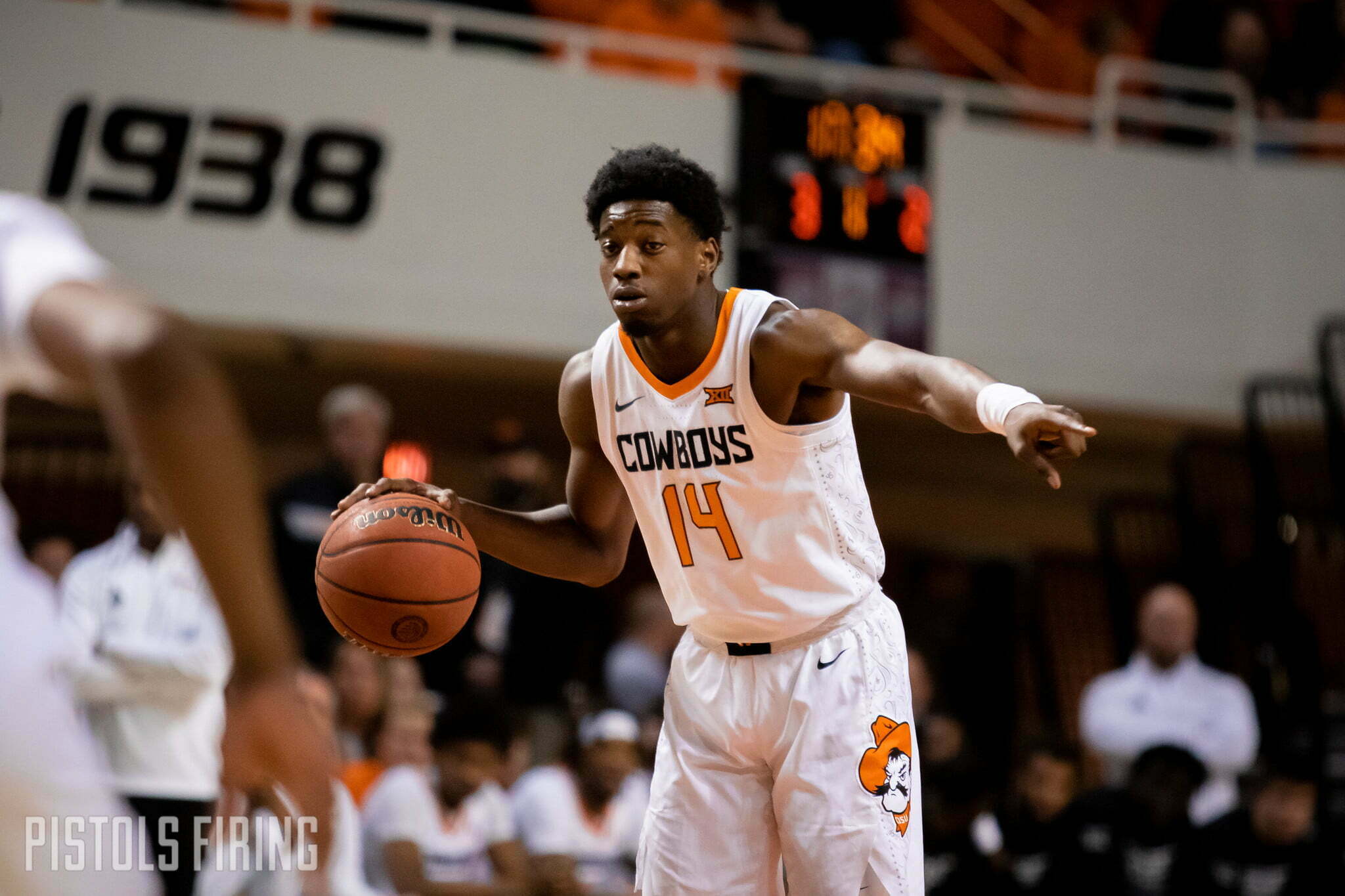 When the Cowboys are on the offensive, they’re a touch matchup for anybody. They brought it to the Mountaineers on both sides of the court for most of the second half.

The Mountaineers made five free throws in the first 61 seconds of the game, but it was the Cowboys that were the aggressors most of the way. Oklahoma State outrebounded WVU 48-24 and outscored the Mountaineers in the paint 40-16. That’s tough to overcome for any team, much less the Mountaineers that rank dead last in field-goal percentage in the Big 12.

It wasn’t all pretty for the Pokes. OSU came out of the break a little sloppy. On back-to-back possessions Bryce Thompson threw the ball past Moussa Cisse who wasn’t ready and then Isaac Likekele threw the ball off a non-looking Thompson.

At halftime, Avery Anderson led all scorers with 12 points, but he picked up fouls No. 2 and 3 within the first minute and half of the second. Subbing in for No. 0, Bryce Williams provided the Cowboys with a much-needed scoring punch (and everything else).

And the super senior had his hands all over the 12-0 run that pushed the Cowboys up by 20.

But after a Keylan Boone made 3-pointer pushed the lead to 19, the Cowboys suffered through a three and a half minute scoreless stretch in which they committed five turnovers. The Mountaineers just didn’t take advantage and only got as close as 12 before the Pokes went back into attack mode and were able to control the game the rest of the way.

Three Cowboys scored in double digits. Avery Anderson and Moussa Cisse each scored 18. It was a career best for Cisse who shot 8-of-12 from the field, grabbed 10 boards and blocked a shot. Bryce Thompson added 12 on eight shots and four rebounds.

In his third game back from injury, Williams looked as good as ever, and even better than his stat line. He scored nine points on six field goal attempts, grabbed four rebounds and dished four assists. He also made three of his four free throws.

Next up, the Cowboys head to Lawrence, Kansas on Monday night for an 8 p.m. tipoff against the Jayhawks.