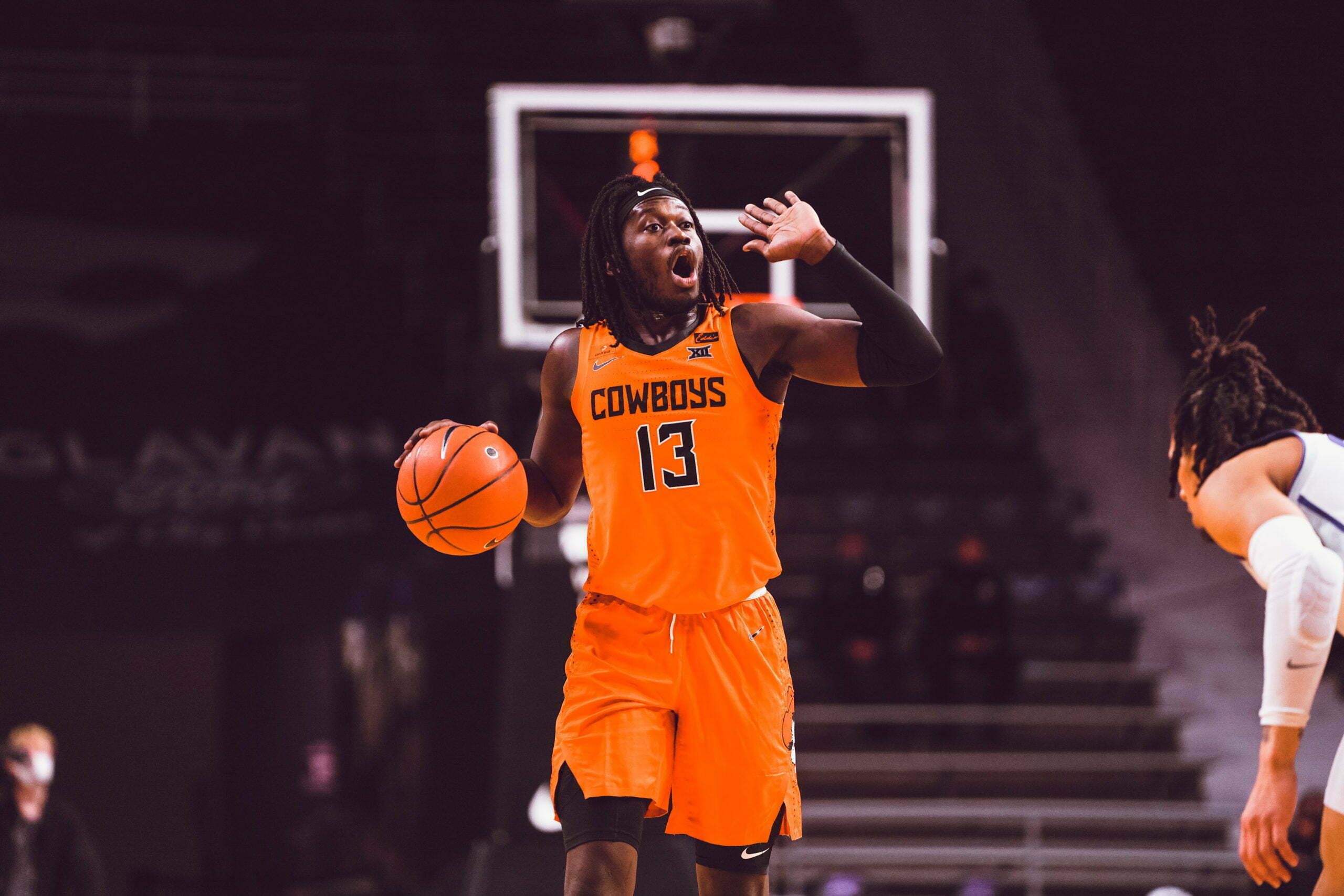 Oklahoma State righted the ship on the road against a shorthanded Kansas State team, and they did it in a surprising (and unorthodox) manner — especially if you’ve been watching the Cowboys this year.

OSU bucked a recent trend of hot starts and slow finishes by turning in the opposite and turned up its nose at convention.

But Rondel Walker was a spark plug off the bench, scoring 15 points on seven shots to go with three rebounds, two assists and two steals. Isaac Likekele shared the scoring lead with Walker pouring in 15 of his own to go along with nine rebounds.

It was a defensive slog for both teams early. Oklahoma State and Kansas State traded defensive blows — and bricks — for large chunks of the first half. The Cowboys made just 33 percent of their shots in the first period while the Wildcats shot only 25 percent from the field.

But a nice surge heading into intermission — fueled by Walker on both sides of the court — helped the Pokes take a 33-24 lead into halftime.

The Cowboys shots continued falling to start the second half, but the Wildcats inched closer. Then, about midway through the final frame, Oklahoma State decided to stop missing shots altogether.

The Cowboys slowly grew their lead and then proceeded to walk away from the Cats as if they were standing still.

Over the the final 13 minutes OSU made its final 13 field goal attempts of the game (!). That pushed a nine-point lead to as much as 18. The Wildcats’ shots finally started landing toward the end but it was too little, too late. It’s hard to come back, again, when the other team can’t miss.

OSU finished shooting 56 percent from the field and 43 percent from 3 thanks to a 15-of-20 second half in which the Pokes made 3-of-5 from beyond the arc.

Cunningham, however, failed to reach double digits for the first time in his young college career scoring five points on 1-of-3 shooting. He did grab six rebounds, recorded five assists and blocked one shot.

With the win, the Cowboys move to 8-3 on the season and 2-3 in Big 12 play. Next up, they head home to face Kansas on Tuesday night.