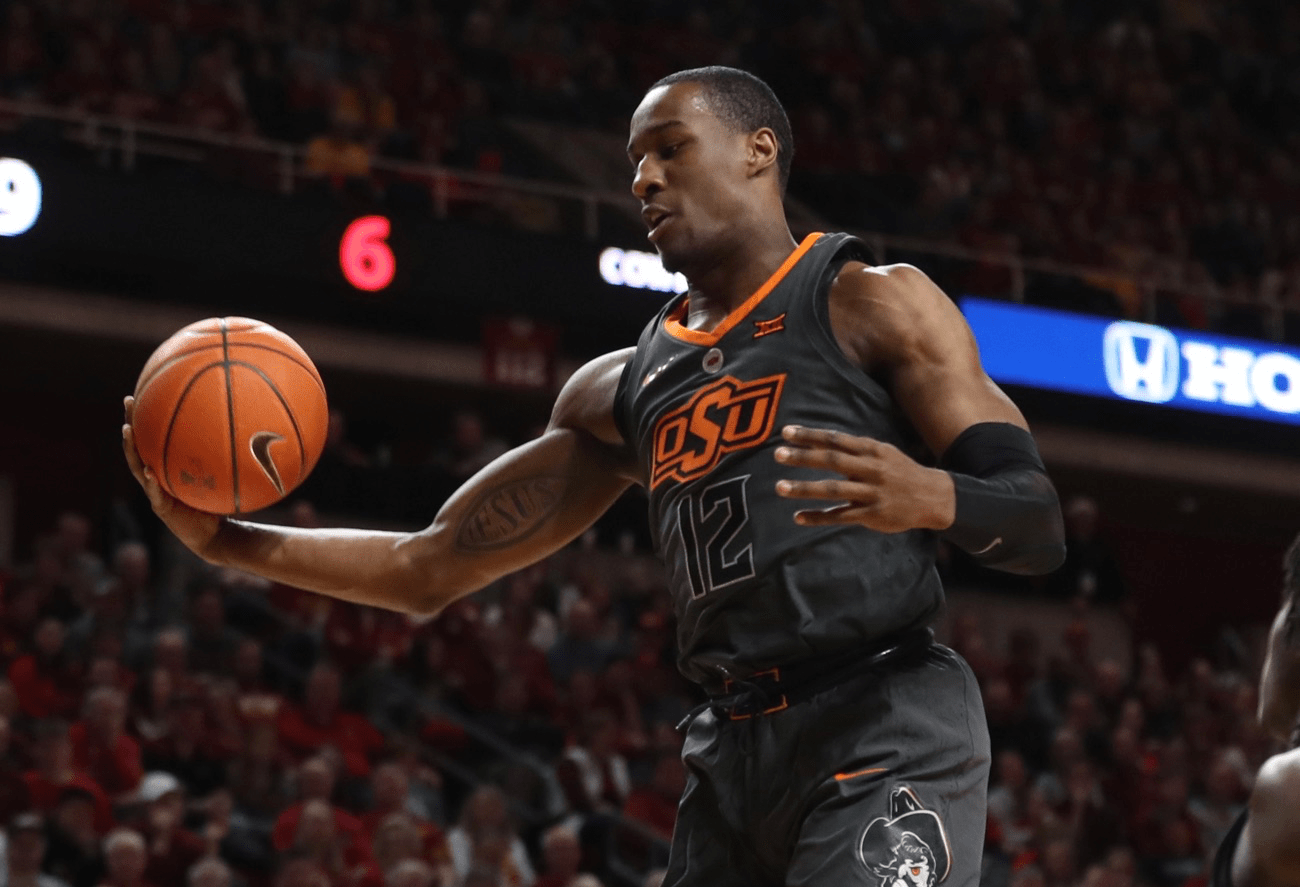 In an outing reminiscent of those times at the Colvin Center where your final three intramural players were running late to a Monday night game because of a too-long accounting test, Oklahoma State fell to Iowa State 73-59 at Hilton Coliseum. The accounting test, it turns out, will last the rest of the season.

The Pokes were playing their first game without the dismissed trio of Maurice Calloo, Michael Weathers and Kentrevious Jones on Saturday. Despite head coach Mike Boynton substituting like a hockey manager for most of the evening, OSU didn’t have enough gas at the end to keep up with an Iowa State team that is now 14-4 and near the top of the Big 12 standings.

OSU played valiantly in the first half but still trailed by 11 at halftime, but it felt as if an avalanche might be coming at the start of the second from ISU. But it didn’t.

The Cowboys battled and played defense and Iowa State opened the second period missing 17 of their first 20 shots. OSU even pulled to within a pair after a Dizzy three with 14 minutes left in the second half, but that’s as close as they would come to a lead down the stretch. The avalanche did come after that.

Marial Shayok provided the late-game spark these Cyclones needed by scoring 13 of his 20 points in the final eight minutes to touch off a 2-0 sweep of the Pokes in conference play. Three other Cyclones also scored in double digits although, interestingly, OSU out-rebounded 40-28.

For OSU Cam McGriff had 17 points, Lindy Waters had 14 points and Yor Anei had a nice game with 9 points and 12 rebounds. Nobody else had more than 6 points.

OSU employed a zone defense at times, which probably wasn’t as strategic as it was simply necessary for Boynton and Co. They rotated lineups, played Lindy at point, played a walk on and did everything they could do to be in the mix at the end. But turnovers and 3-pointers killed them.

Well, lack of 3-pointers and turnovers killed them. OSU and Iowa State actually both shot 23/55 from the field, but ISU rained from deep to the tune of 40 percent, while OSU went 7/27 (26 percent). They also turned it over 15 times to Iowa State’s six.

Plus, Iowa State was just flat out more fresh than Boynton’s squad at the end. No surprise there. The Pokes’ fatigue (or maybe just lack of speed) showed most when Iowa State employed a drive and kick for multiple 3s late.

It was a disappointing if predictable ending to what has been an incredibly tumultuous week in OSU hoops world. OSU will rely (even more) heavily on 3-pointers the rest of the season without a half-court playmaker like Weathers, and when they shoot 26 percent, they’re not going to win many ballgames.

Still, there were positives. There were things that stood out. They’re not just going to roll over and get thumped from here on out. But every OSU basketball game will likely take a big toll physically, emotionally and mentally. Probably for us as well.

• Luke Major was a +2, everybody else was a negative. Amazing.

• Nobody has loved taking charges as much as Isaac Likekele loves taking charges maybe since Ivan McFarlin was on campus. I unsubscribed just so I could re-subscribe.

• The last 16 OSU-Iowa State games coming into this one were decided by an average of 5.6 points.

• I guess I’ll be the one to say this: What does this team and rest of the season look like if Lindy Waters gets hurt?

• Would listen to: Little Country mic’d up for an entire game. Need it!

• Duncan Demuth banking a 3-pointer off a pass from Luke Major in the first half of a Big 12 game is not a thing I envisioned seeing this year.