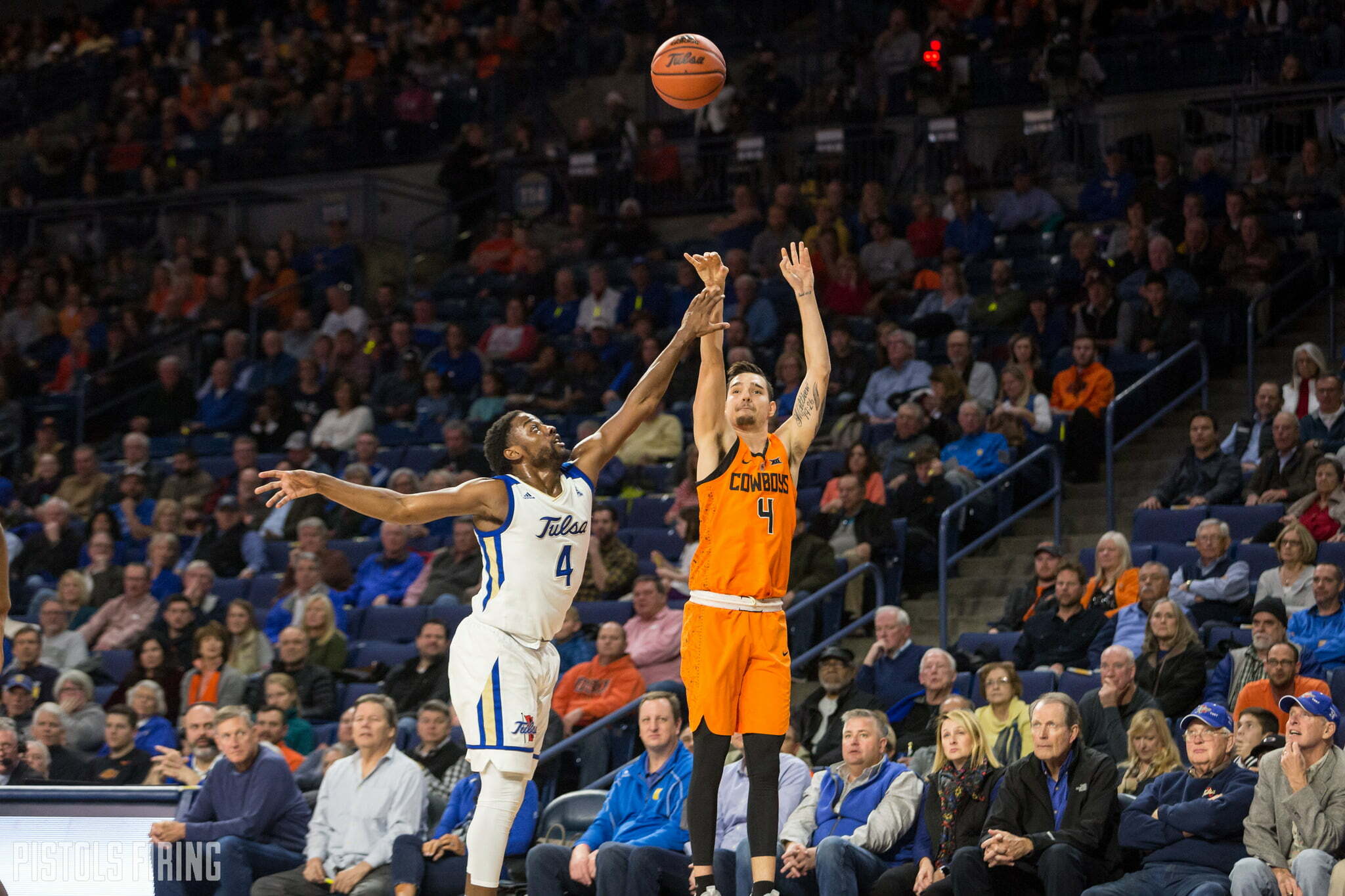 All teams are better when they shoot better from 3-point range, but I doubt if for many of the 350 D1 teams nationally, that dichotomy is as stark as it is for Oklahoma State.

This is something we started thinking about and discussing on Saturday when the Pokes downed West Virginia after shooting 8 for 17 from deep for a 47 percent clip. If you’re picking up that many extra points and are that efficient you can even make beating a team that shoots 10 more times than you do look pretty easy. Additionally, it was much of the same against Texas in the win before that. OSU was 8 for 19 in that game.

This isn’t rocket science, but you can draw a line right down the fault line of OSU shooting well from deep. It’s something Mike Boynton knows and briefly commented on after OSU’s 85-77 victory.

“However, you’ve still got to go out there and try to find a way to take care of your basketball,” said Boynton. “You’ve got to find a way to make some shots against really good length and athleticism.”

The parameters I set were the NCAA average of 34 percent shooting from deep with a minimum of 15 threes taken in a single game. When OSU matches or exceeds these two numbers, its record under Mike Boynton is 21-7.

When it fails to match or exceed those numbers, the Pokes are 9-16 with losses to Charlotte, Tulsa and Nebraska.

And while the formula is straightforward and simple, the solution is anything but that. OSU doesn’t have as many 3-point shooters who can create off the dribble this year, which means they must be much more vigilant about swinging the ball and finding their spot-up guys when given any kind of window.

They only have two players on the current roster — Dizzy and Lindy Waters — who shoot better than 33 percent from deep and both of those guys have been assisted on more than 85 percent of their 3-point makes, according to Hoop Math.

Obviously this is but one component of a multi-faceted team and game, but for a team that generally struggles with half-court offense, bailing itself out with 3-balls is a get out of jail free card. When they hit them, they’re pretty good. But when they don’t, it can get sideways. And unless a bucket-getter emerges (maybe it’s Isaac Likekele? Maybe Cam McGriff) then the formula for these Pokes offensively, just as it’s been in the last two games, is taking a healthy number of threes and fighting for above average in any given night.