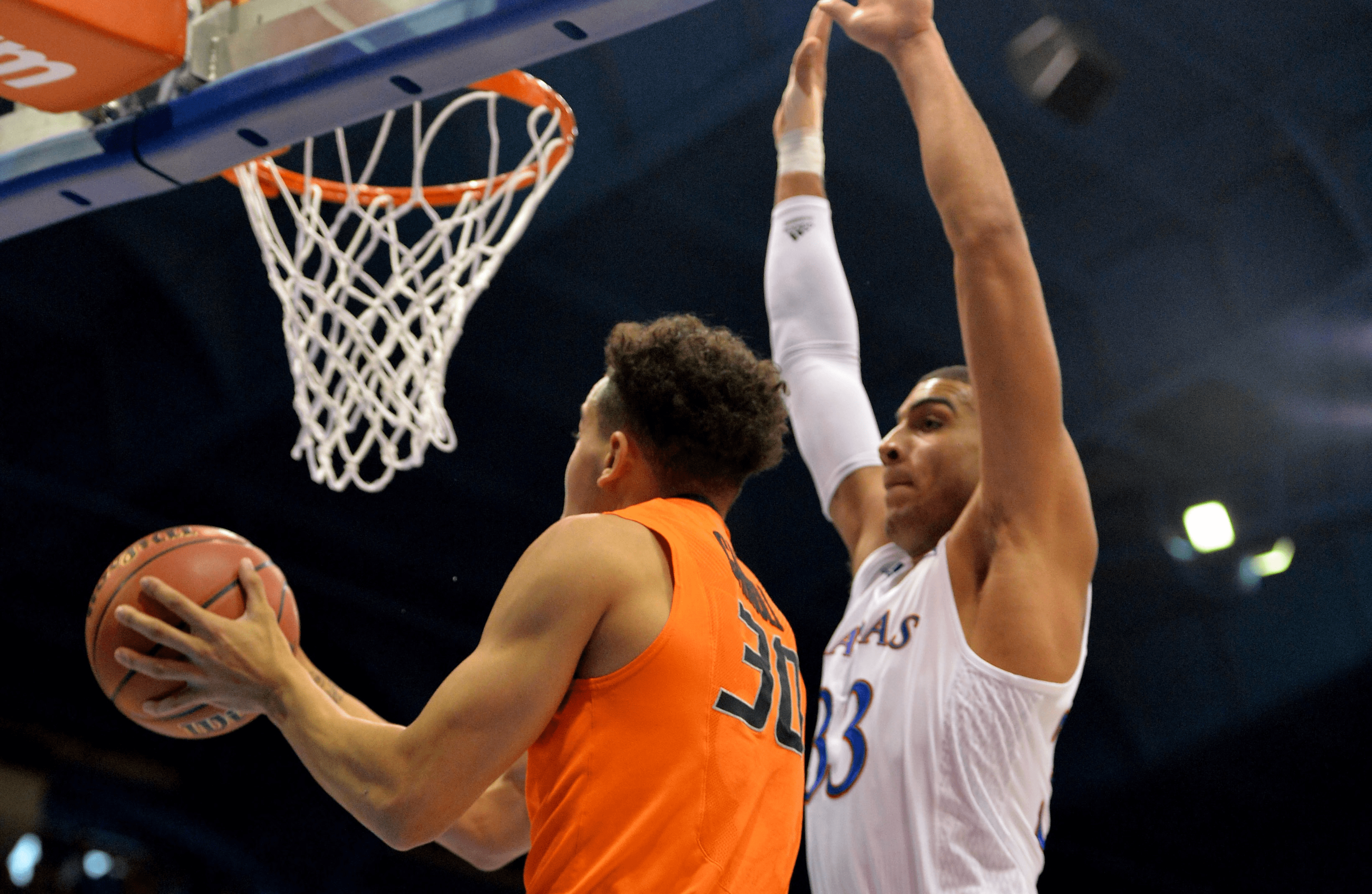 Oklahoma State (10-7, 0-5) fought hard to the end, but like many before them, fell short at Allen Fieldhouse 87-80. Kansas (16-1, 5-0) got a balanced effort on the offensive end, with a combined 43 points from their standout guards Frank Mason III and Devonte Graham. One-and-done freshman forward Josh Jackson also poured in 20 and was a menace on the offensive glass all day.

Oklahoma State struggled through another tough shooting day from their guards, as Phil Forte (3-10, 2-8 from 3) and Jawun Evans (6-22) combined to shoot 28 percent from the field. That won’t win you many games in Lawrence.

The Cowboys did get another huge day out of Jeffrey Carroll (23 points, 7 rebounds, 3 assists) and several big time games from bench contributors. Mitch Solomon (16 points on a perfect 6-6 from the field) was a man possessed in the paint, bullying the KU front court down the stretch on plays like this-

Davon Dillard also played his best game of his career, with 6 points, 8 rebounds, 3 assists, and one felony on a future top 10 NBA draft pick-

In the first half, the Cowboys jumped out to a 19-10 start in the Fieldhouse. Jeffrey Caroll lead the way with 14 points, 5 boards, and 2 assists at the half, and the Cowboys lead 40-36. Oklahoma State had nine more shots (#volumeshooting) than the Jayhawks at halftime, but 13 fewer free throws (shocking, I know).

In the second half, the Cowboys hung onto their lead until the 14:07 mark when KU began to go on a run. From there it was back and forth all the way to the end, with OSU hanging tough thanks to one Mitch Solomon, who played the game of his life at the Fieldhouse. Seriously, what got into Mitch today?

OSU didn’t get its normal amount of offensive rebounds today (on just 25 percent of missed shots), but they got a ton of fight out of Solomon, Dillard and the rest. It was a nice contrast to the end of the last few games.

The closest the game would get late is 82-78 with just over a minute left. The Jayhawks closed the game out with free throws (they attempted 45 to OSU’s 14 on the day) and the Pokes couldn’t make up any ground down the stretch.

Oklahoma State is now 0-5 in the Big 12, but has trips to Kansas and Baylor out of the way, as well as West Virginia. The schedule gets considerably lighter, with Kansas State, Texas Tech, TCU, Arkansas, and Oklahoma coming up.