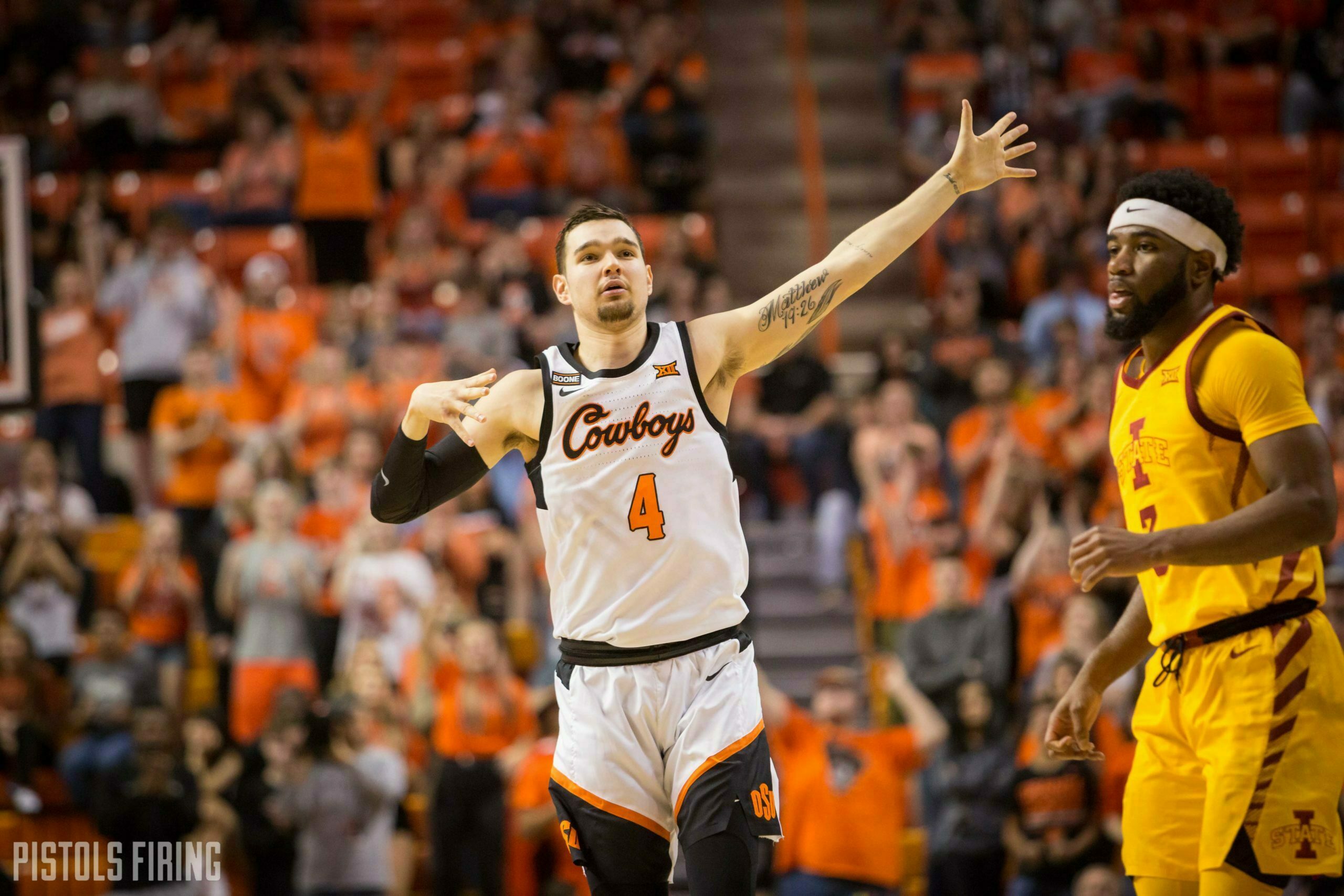 It was the senior day everybody wanted for Oklahoma State’s fourth-year guys after a cycle of turbulent times in Stillwater. The Pokes beat Iowa State 73-61 on Saturday and got big-time performances from several guys it honored before the game started.

It didn’t start out great though.

Iowa State jumped to a 7-2 lead and maintained the advantage for the first 12 minutes of the first half. But OSU closed out strong, foreshadowing what was to come. Seniors Cam McGriff, Lindy Waters and Thomas Dziagwa scored 13 of their final 19 points to give OSU a 36-29 lead going into the tunnel. And freshman Avery Anderson punctuated the first 20 minutes with a nasty move to the bucket.

In the second half, OSU’s freshmen opened the floodgates before its seniors shut the thing down late. Anderson and Kalib Boone got involved, pouring in eight points in eight minutes by getting to the bucket and finishing.

OSU scored 32 total points in the second half, and 24 of them came in the paint.

Waters, Dizzy and McGriff scored 17 of the last 21 to easily put the lowly ‘Clones away and move OSU to 5-11 on the season — their last — in the Big 12. McGriff led all scorers with 19, while Dizzy had 14 and Waters had 10 (to go with three boards and six assists). The only three guys in double-digits for the Cowboys.

Boone made the most of his 10 minutes of play (in every way). Six points on four shots, five boards and four fouls. Filling it up. He’s a jump-starter, too. The kind of guy who knows where to be, when to be there and what to do with the ball when he gets it.

OSU shot 52 percent from the field, eclipsing the 50-percent mark for just the fourth time all season, and blitzed Iowa State 27-14 in points off the bench.

With the victory, OSU has taken four of its last six with just Kansas State at home and Texas in Austin remaining. This is the team I think we thought we were getting when we watched them in the fall in New York City.

OSU hoops isn’t where anyone wants it to be, but the past is encouraging, the present is now enjoyable and seemingly thriving and the future could not possibly be brighter.

• Why did I have to watch the last 13 minutes of a 15-point East Carolina loss? Is that more or less important than the first five minutes of a Big 12 game?

• Related: Should it be called a “Big 12 showdown” when the teams have combined for nine conference wins all year.

• I wish Cam got to be like the fifth best guy on a really good team. That would be great for him, great for Oklahoma State, great all the way around. That’s the kind of program you need to have, where Cam is the fifth-best guy and not the second-best.

• Sentences you don’t want to hear on Feb. 29: “This OSU team has the potential to be a top-three seed in the NIT.”

• We need to get Tony in some PFB gear, I see. Legit argument, by the way, that he’s the best basketball player in OSU history.

Great to see @aa000G9 back in Gallagher-Iba Arena. He's easily in my top 5 Cowboys of all-time. He was The Alpha at both ends of the floor. pic.twitter.com/7ApTNTNOoJ

• Lindy looked naked without his mask on. It took me a beat to remember who it was when I saw him at the free-throw line.

• Has anyone ever tried and not completed more insane dunks than Cam McGriff? I say no.

• OSU’s end-of-game offense was … not what I wanted it to be.