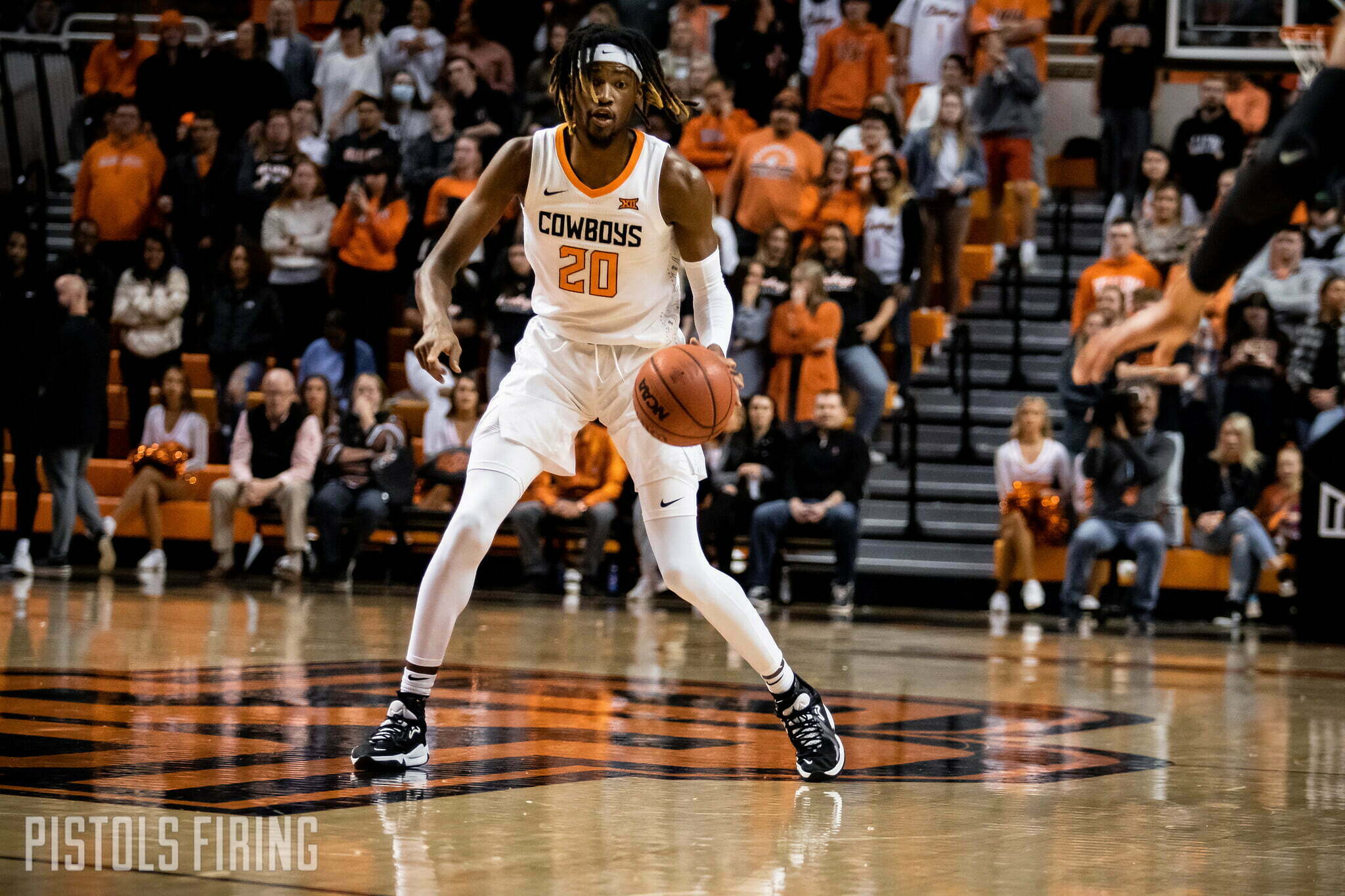 Oklahoma State defeated No. 14 Texas 64-51 thanks to a career performance by Keylan Boone off the bench. In a game in which no one else could get things going, Boone was on fire from start to finish.

The victory was the Cowboys’ first in conference play and broke a six-game win streak for the Longhorns. The Cowboys have won five of six against Texas at home.

The Cowboys (8-5) grinded out a defensive struggle on Saturday, never trailing against a Top 15 team despite shooting just 38 percent from the field. By my unofficial count, there were more court burns than wide open shots on both sides. If the Cowboys are going to win games, it’s probably not going to be pretty. And OSU out-uglied an elite Texas defense.

The Longhorns (12-3) came in leading the country allowing just 52.3 points per game and had held teams to under 50 in seven of their 14 games coming in.

Texas also came in averaging plus seven in the turnover category, but it was the active hands of the Cowboys that forced Texas into seven early TOs and scored nine of this first 11 points off those errors. That set the tone for the game and would prove to be the difference.

OSU, which came in seventh in the nation averaging more than 10 steals per game, came up short of its average with six. But the Cowboys forced 14 UT turnovers and converted them into 18 points. OSU committed just nine TOs and gave up just eight points off of them.

Boone was the game’s bright spot on offense, leading all scorers with his career-high 17 points on just eight shots. He made five of his seven 3-point attempts, including a couple of late deep balls that put the game away. He was the only player, on either team, to take multiple shots and finish above 50 percent from the field. Boone also led the Cowboys with six rebounds.

Bryce Williams chipped in 11 points and made some big plays late including his own 3-pointer and this end-to-end bucket and block.

The Cowboys never trailed but didn’t build a double-digit lead until the last minute and half of regulation, and they faced their own scoring struggles. OSU went over eight and half minutes without a made field goal starting at the 3:10 mark in the first half.

But each time the Longhorns would close the gap, the Cowboys found a way to manufacture points. It didn’t hurt that OSU was in the foul bonus the final 13 minutes of the game. That led to a lopsided free-throw discrepancy. OSU went 16-of-23 from the charity stripe while the Big 12’s leading free-throw shooting team went just 5-of-7.

Midway through the second half, Texas guard Courtney Ramey was fouled on a pump fake and made all of his shots to pull Texas within 40-38. But a pair of dunks by Moussa Cisse and Bryce Thompson pushed the lead back to six.

After Texas pulled to within 52-50 with three and a half minutes remaining, the Cowboys rattled off a 10-1 run, led by Boone and Williams, to blow it open and the Pokes were able to hang on for the win.

Next up, the Cowboys head to Morgantown to face West Virginia at 8 p.m. Tuesday.