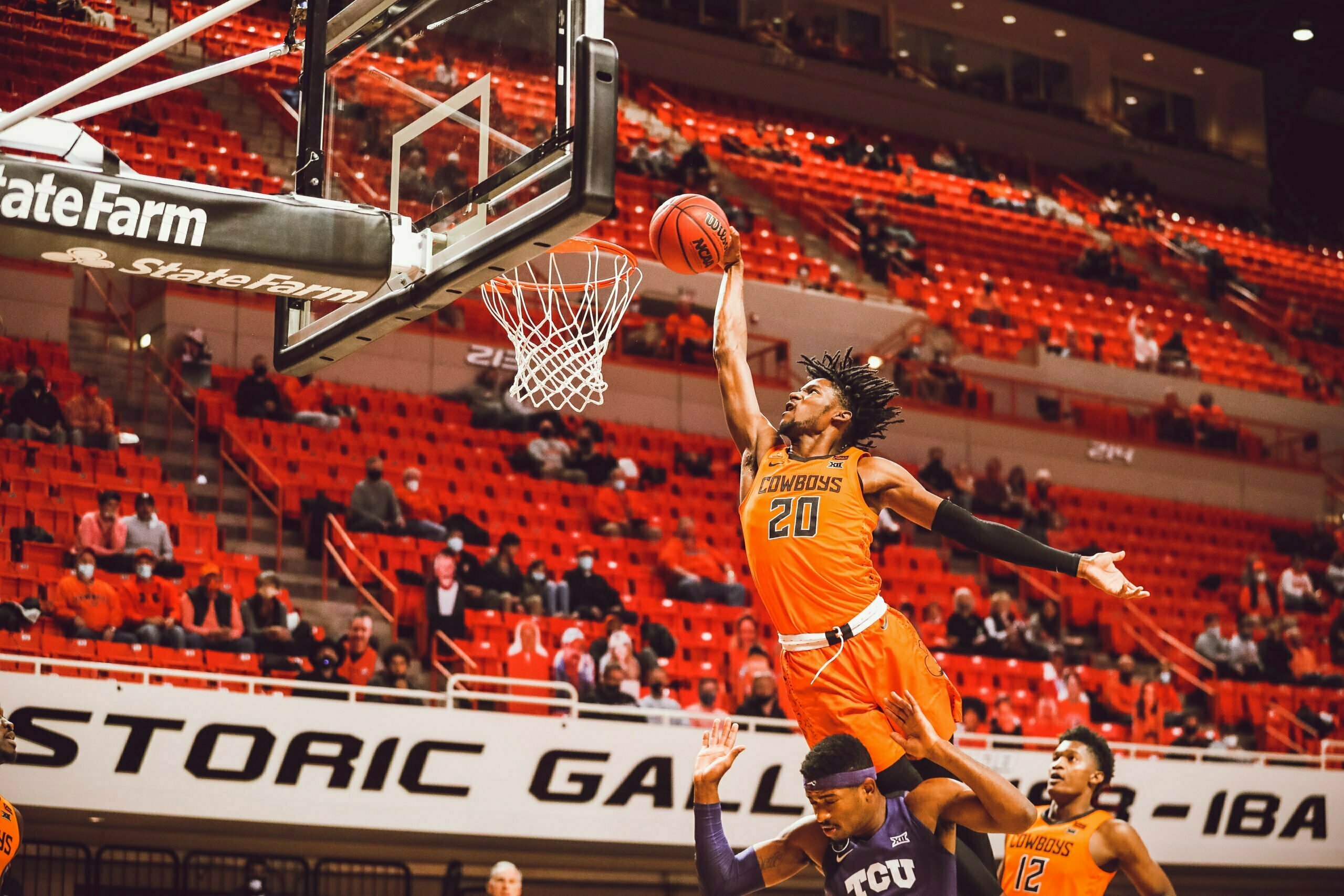 After coming back from a double-digit first half lead, Oklahoma State held the lead for most of the second half — but not long enough. The Cowboys dropped their Big 12 opener to TCU 77-76 after the Horned Frogs ended the game on a 9-0 run.

Most of the talk coming in was about Cade Cunningham getting his first taste of Big 12 action, but it was Keylan Boone that led the Cowboys out of the gate, scoring eight of their 10 and leading all Pokes at halftime.

TCU used a 14-2 run in under three minutes — fueled by a barrage of made 3-pointers — to build a 27-18 lead. The Frogs were pushing the ball down the floor and were hot from deep. They made six of their first 10 attempts from beyond the arc while the Cowboys made just one of their first 11 long ones, allowing the visitors to go up as much as 13 late in the first.

But the Cowboys took back some momentum connecting on 4-of-5 attempts to rattle off eight straight — mostly without Cade Cunningham on the floor — and were able to climb back within five and trailed 37-32 at halftime.

The Cowboys did well to be down just five, while giving up 46 percent from 3 while shooting just 14 percent themselves while Cade Cunningham went just 1-for-9 for two points.

Ferron Flavors came out of the half firing and caught fire (a little bit). The senior sharpshooter came into the game shooting just 25.8 percent from 3, and though he finished just 2-of-8 from deep he hit back-to-back treys early in the second period to cut the TCU lead to two.

Suddenly, shots started falling a little more regularly for the Cowboys but the energy showed up mostly on the defensive side. The Cowboys used their length to deflect passes and those often ended in runout dunks the other way.

RJ Nembhard, TCU’s leading scorer, made his third 3 of the night with two minutes remaining to pull the Frogs back within five. Kalib Boone tipped in an Avery Anderson miss at the rim and it was called offensive goaltending.

TCU big man Kevin Samuel came in shooting 59 percent from the line, and finished just 4-for-8, but he made two clutch shots with a minute to pull his team within 76-73. After a turnover by Kalib Boone, PJ Fuller found Samuel again for rim-rocker to cut the lead to one with 45 seconds left.

After another empty possession by OSU, Nembhard made a clutch shot to take a 77-76 lead with seven seconds remaining. Cade got the final shot and a chance at consecutive game-winners, but it clanged off the rim and the Cowboys dropped their first game of the season.

Cunningham lead the Cowboys with 17, grabbed eight rebounds, dished out three assists and blocked two shots, but the bluechipper shot just 6-for-18 from the field and missed all three of his 3-point attempts.

Rondel Walker was next scoring 12 on 4-of-7 shooting to go with two rebounds and a steal.

Oklahoma State moves to 6-1 (0-1 in conference). Next up, the Cowboys head to Austin in search of their first conference win on Sunday to face No. 11 Texas at 2 p.m.