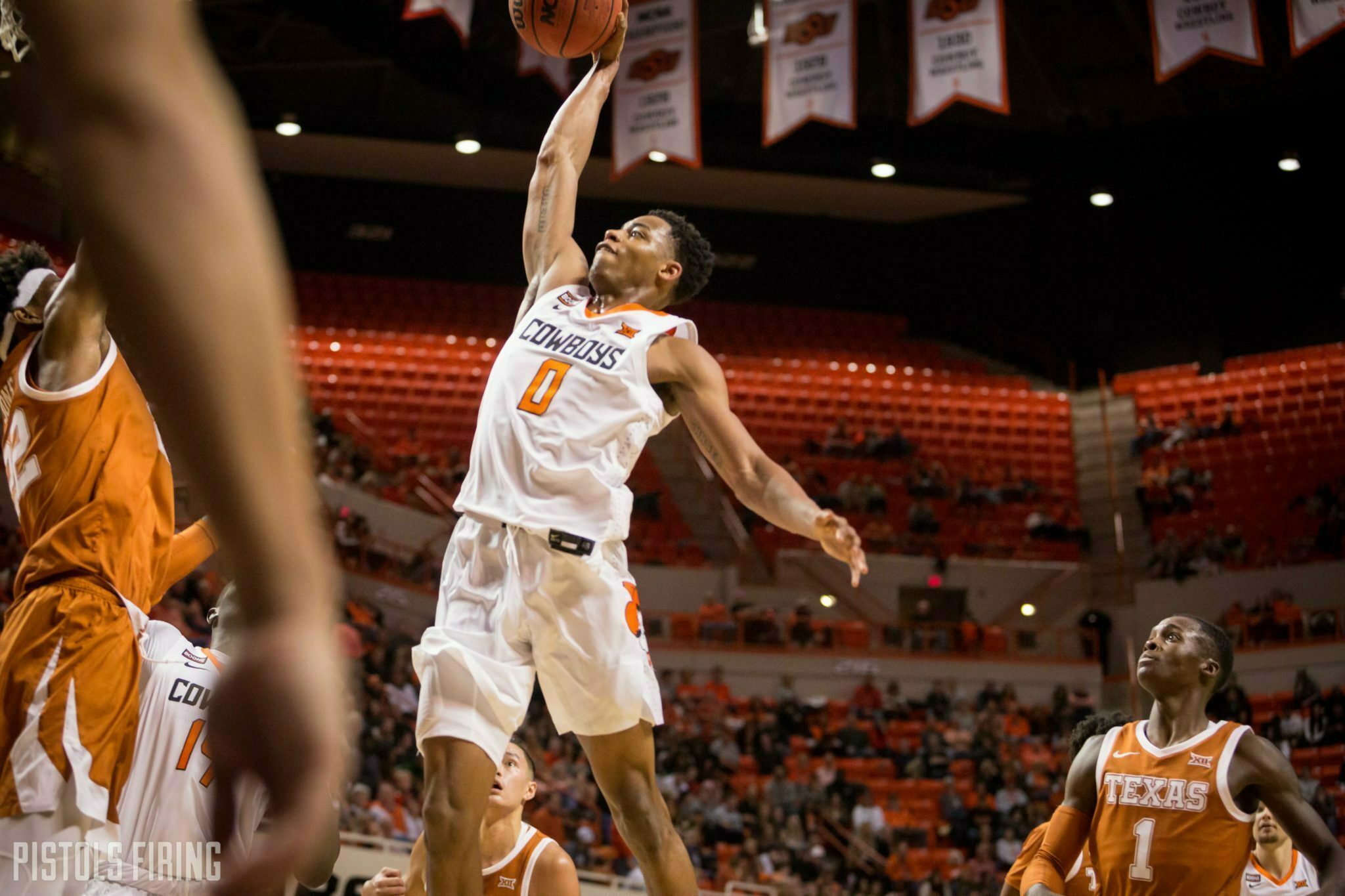 OSU basketball woke up on Wednesday after losing their first three conference games. Unfortunately, the alarm didn’t go off until halfway through the first half. They led for 0:00 in a 76-64 home loss to Texas to push them to 0-4 in conference play.

After combining for 131 points in their first three Big 12 games, it looked like more of the same from OSU early on as they started the game 1/8 and scored just 4 points in the first 8 minutes of play against the now 12-4 Longhorns (2-2 in Big 12 play). Texas took a 15-4 lead nearing the halfway point of the first, and that 40 points OSU scored at TCU on Saturday looked like an insurmountable goal at the time.

But from that point on, OSU was solid. They played Texas essentially even (61-60) over the last 28 minutes of the game. They were sparked by their freshman, too, which is either invigorating or disorienting, depending on your viewpoint.

The Boone brothers combined for 19 and 12 and ran some high-low stuff that made the kneecaps buckle. Avery Anderson tossed in 8 points, 3 boards and 2 assists in 26 minutes. Isaac Likekele had 9 points, 4 boards and 5 assists.

There were times when OSU played one or two of its vets alongside three or four freshmen. It did the trick. OSU looked more energized, more physical and was able to get to the bucket with relative ease. The problem with getting to the bucket, however, was finishing once that happened. OSU was a putrid 11/30 on layups, and it felt much worse than that.

It was a different game than we’ve seen them play though. Digging yourself a 15-4 hole early on is always going to be tough to escape from, and OSU didn’t play the kind of second half that would have allowed it to do so. The Pokes took just 15 3-pointers, and made 6 of them (Texas was 15/32). Instead, they pumped the ball inside, ran a ton of pick and roll and went to the rim often. It was a breath of fresh air in that it felt more like a real offense, but it couldn’t get them back in the game.

Despite cutting Texas’ lead to 4 early in the second and again cutting it to 6 multiple times late, OSU never quite could get over the hump. They’d commit an offensive foul or turn it over, and Texas would get a bucket and run it back up to double-digits. Such is life in this league when you can’t get out of the gate.

The final straw came at the 5-minute mark near the end of the game. OSU had just cut it to 6 on a Lindy Waters 3-pointer and had the ball looking to cut it to 4 or 3. But Likekele got an offensive foul called on him, Texas’ Kamaka Hepa hit a 3 at the other and, and that was that.

So it’s 0-4 for the Cowboys, but this one felt a bit different. They scored nearly as many points in the second half of this game (39) as they did in their entire game on Saturday at TCU (40). And it wasn’t a 3-point barrage either. Again, they shot a nice 40 percent from there, but didn’t hoist a ton of them. This was a team intent on pushing the ball and a set of freshmen twins who looked like they knew what they were doing at this level.

The road only gets harder from here as OSU gets No. 2 Baylor in Stillwater on Saturday, but at least the fog on this offense seems to have lifted. Next up? Get a Big 12 win.