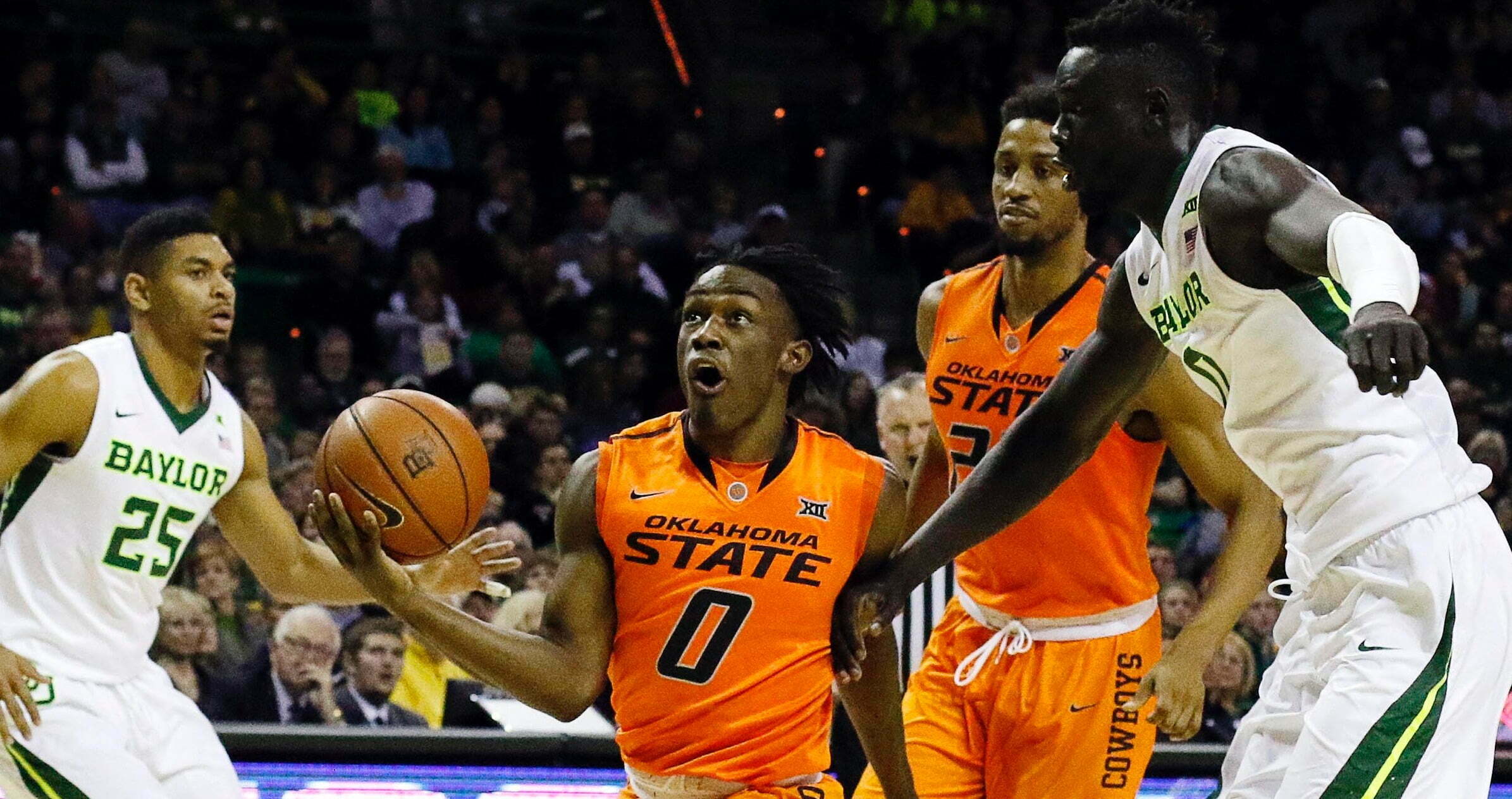 The Cowboys fell to the number 2 ranked Baylor 61-57 after a back and forth game full of lead changes. Oklahoma State gave the undefeated (15-0) Bears quite a scare, but couldn’t quite hang on for the win in Waco.

The Cowboys rode three first half Phil Forte 3-pointers and 11 first half points from Jeffrey Carroll to jump out to a 30-25 lead going into the break. It was the second-lowest first half of scoring from Baylor all season (they had 24 against Louisville). The Cowboys held their own on the glass against a much bigger, more athletic Bears squad. They had 21 rebounds to Baylor’s 14.

However, the Cowboys got into some foul trouble (Jawun Evans and Leyton Hammonds, namely) early in the second half, forcing Underwood to roll with freshmen Cameron McGriff and Brandon Averette.

Baylor’s star forward Jonathon Motley picked up a double-double with 13 points and 10 boards for the Bears, but their player of the game was transfer point guard Manu LeComte, who poured in 17 points (8-10 from the free throw line) and got into the lane all night against the Cowboys backcourt.

Forte broke out of his offensive slump with 17 points total, including 5-7 from three. Carroll had another strong game with 14 points as well. Evans struggled mightily after dealing with foul trouble in the first half, shooting just 2-12 from the field. The length of the Baylor zone was troublesome for him all night, constantly looking for space against the long defenders at each position for the Bears.

Oklahoma State shot just 35 percent from the field, compared to 46 percent from Baylor. The Bears won the close game at the charity stripe, shooting 22-30 on free throws, compared to just 11-20 (55 percent) for the Cowboys.

The Cowboys (10-5, 0-3 in the Big 12) are now on a three-game losing streak and face almost a must win next week against Iowa State at home. The season is not lost, as this was always a game Oklahoma State would be the underdog in.

But things are spiraling out of control for Brad Underwood and the Cowboys, who must re-group if they want to compete for an NCAA tournament spot in the brutal Big 12.

Next game: Wednesday against Iowa State in GIA