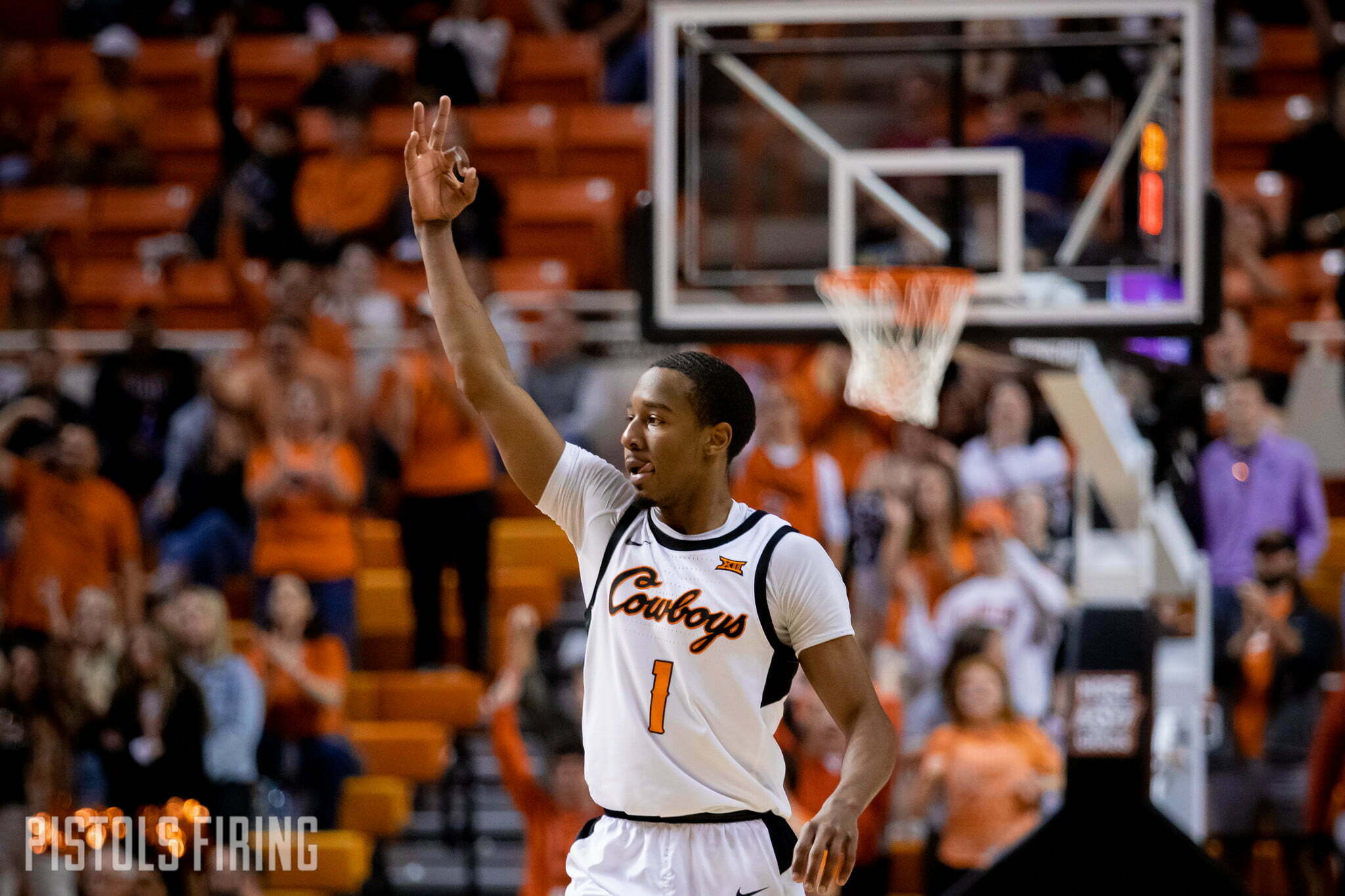 STILLWATER — Nijel Pack was ready to deliver his second gut punch to the Cowboys this month, but Isaac Likekele wouldn’t allow it.

Oklahoma State defeated Kansas State 82-79 in overtime on Saturday in Gallgher-Iba Arena. During these teams’ game on Feb. 2, Nijel Pack hit a game-winning 3-pointer. With Saturday’s game tied at 66, he had the ball in his hands again with the clock ticking down, but Likekele stuffed Pack’s shot attempt to force OT.

From there, the Cowboys all of a sudden found themselves from 3-point range. OSU was 4-for-5 from deep in overtime after going 5-for-17 from long range in regulation.

With the game tied at 79 after a woeful call that awarded Pack 3 free throws on a pass attempt, Avery Anderson hit the game-winner with 3.8 to play.

It was Anderson’s second 3-pointer of OT. He finished with 20 points. Bryce Thompson hit the Cowboys other two triples, coming on back-to-back possessions.

Thompson’s offense pushed the Cowboys’ offense through some stagnant patches Saturday. He scored a career-high 23 points on 17 shots. With about six minutes to play, the Cowboys spent most of a possession dribbling around the perimeter. With the shot clock ticking down, Thompson coolly hit a step-back 3 over Nijel Pack.

The Cowboys led by as many as seven in the first half, leading 25-18 after an Anderson jumper capped off an 8-2 OSU run with 5:52 to play until the break. The Wildcats fought back, hitting three 3s in the final five minutes to trail 37-35 at halftime.

Kalib Boone led OSU with nine points at the half, going 4-for-4 from the field in only eight minutes. Bryce Thompson added eight points on 4-for-5 shooting at halftime. The Wildcats, on the other hand, went 8-for-24 from 3-point range in the half with Mark Smith scoring nine points with Nijel Pack and Markquis Nowell each adding eight.

The victory gets OSU back to .500 at 13-13. It was also a tough loss for the Wildcats’ NCAA Tournament hopes. The Cowboys don’t get to enjoy the win too long. They host Baylor on Monday.