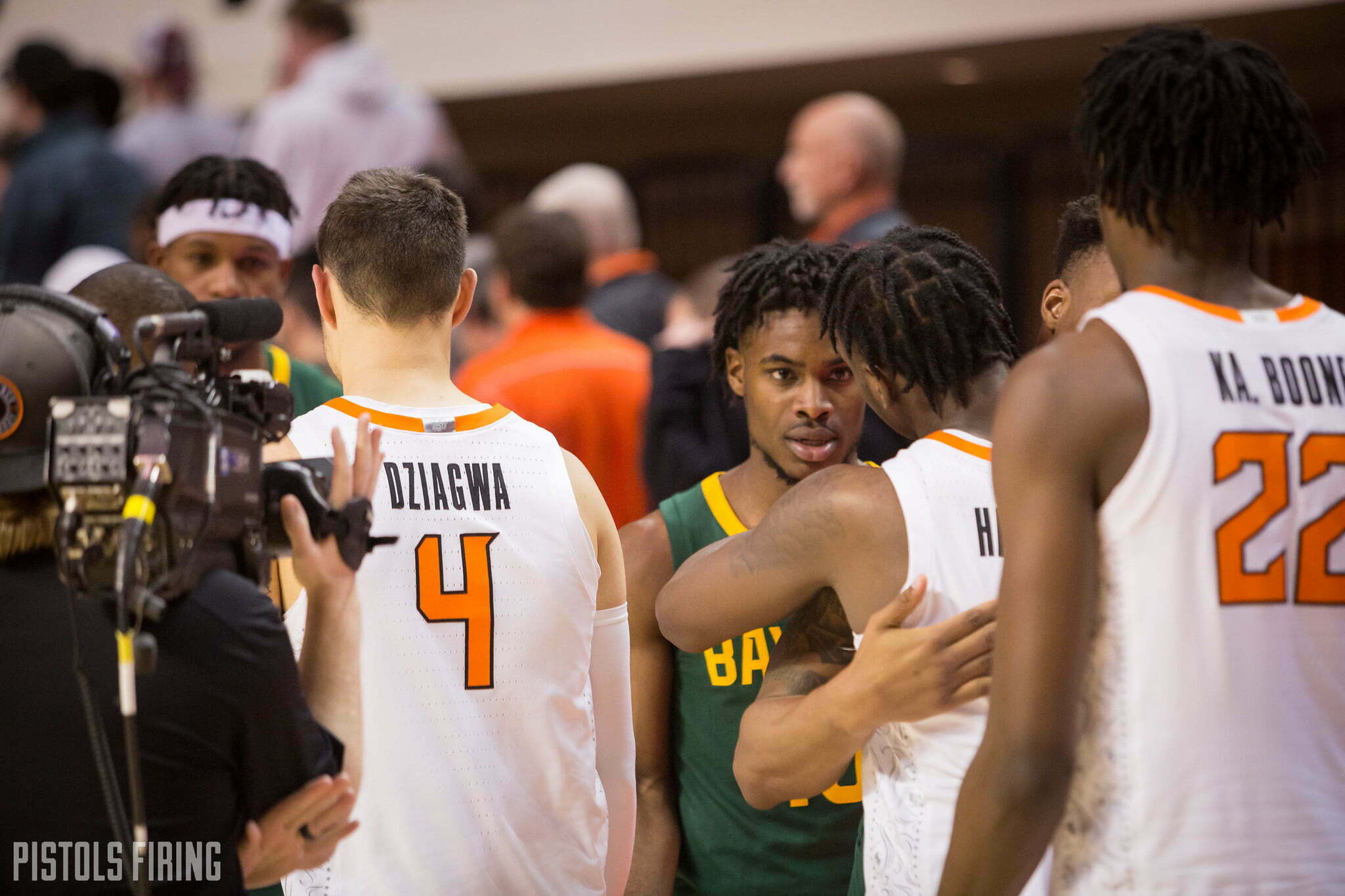 The game started the way most games start against No. 1 teams. OSU looked way outclassed and went down 14 halfway through the first half. They battled a little bit though and cut it down to single digits toward the end on the back of some good defense and scoring from Isaac Likekele, Lindy Waters and Cam McGriff, who combined for 14 of their last 16 in that frame.

The second half started the way the first half started. Two triples from Baylor to put them up 15, and it started to again look like a rout. This is what happens when No. 1 teams play 1-8 teams. But … OSU somehow hung around, went on a 25-10 run and tied it at 51 all on a McGriff flush. It felt as improbable in the moment as it now reads.

Things got wild in the last few minutes as OSU faded, and Mike Boynton ended up getting tossed with nine seconds left after Ice missed two free throws and Jonathan Laurent was called for a foul on the rebound. He was the fourth OSU player to foul out in the game. After he was tossed, Boynton shook hands with the entire Baylor bench on the way out.

The words “freaking unbelievable” were used. Except I don’t think it was “freaking.”

The play below is not the play Boynton got tossed on, but it certainly factored in and was the turning point for me. OSU had the ball down four with just over a minute left when Ice got into the lane and appeared to score on an and-one. Except … an offensive foul (I guess a charge?) was called.

OSU had five players score in double figures, with Waters leading the way with 16 points. Ice had a filthy 11-10-5 line, and McGriff, Dizzy and Kalib Boone rounded out the players who scored in double figures.

OSU actually out-shot Baylor for the game — 47 percent to 42 percent — but the Pokes shot under 30 percent from 3-point range, and out-fouled Baylor 31-20 overall (please head here to discuss the foul situation).

The end result was what it’s been eight other times this season: A Big 12 loss. OSU is now 1-9 in league play as the second half of the conference season begins. Despite what turned out to be an entertaining war with a Baylor team that’s now 21-1, OSU heads home still looking for answers (and Ws). Hopefully they get both on Tuesday at Kansas State.