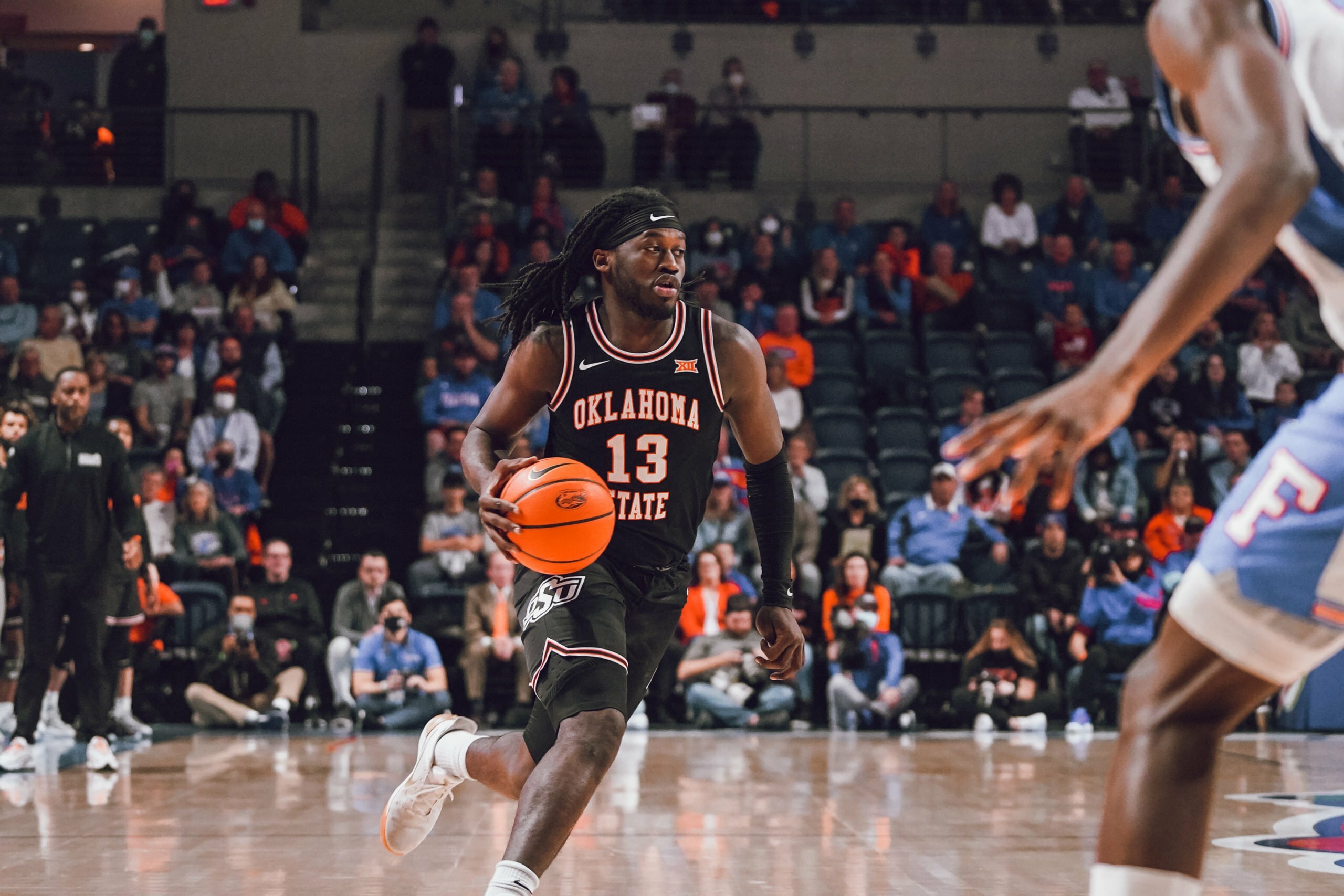 In the first half, Oklahoma State looked ready to steamroll Florida in its own gym. In the second, the Cowboys were outscored by 22.

The Cowboys (10-10) were defeated 81-72 on the road by the Gators (13-8) after following up an otherworldly shooting performance in the first period with a downright ugly one in the second.

The Cowboys started 4-of-6 from 3 and used that hot shooting start to spread the Gators out and then punish them in the paint.

The Cowboys led by as many as 16 in the first half and took a 45-32 lead into the break, shooting 63 percent from the field and 70 percent from 3. They outscored the Gators 20-8 in the paint in the opening period.

But something changed while both teams were in the locker room.

The Gators completed their comeback at the 8:37 mark with a made 3 by Myreon Jones that put the home team up 58-56. He was 0-for-3 from the field at that point, all from deep, and it was his only made bucket of the game. That’s just how things were going for the Cowboys in the second half.

After that impressive 70 percent effort from deep in the first, the Cowboys regressed to the mean, shooting just 1-of-8 from 3-point range in the second. The Cowboys finished at 44 percent on long balls and 48 percent from the field. Meanwhile, Florida followed up a 5-of-20 first half by making 5-of-11 3s in the second, finishing at 32 percent beyond the arc.

The Gators continued affecting the Cowboys’ offense, forcing the Pokes into 12 second-half turnovers and turning those into 15 points. Despite the abysmal second half, the Cowboys didn’t quit fighting. OSU pulled within six twice in the final minute and a half but had to play the foul game, and the Gators made 13-of-14 free ones down the stretch.

While the Cowboys had the advantage beyond the arc, they got killed from the stripe. The Cowboys went just 12-for-19 from the charity stripe while the Gators made 33-of-41 free ones.

Isaac Likekele led the Cowboys with 14 points on 5-of-10 shooting, grabbed three rebounds and dished out a team-high three assists and two steals. Bryce Thompson scored 12 points on 11 shots but was in foul trouble late. Matthew-Alexander Moncrieffe scored nine points and grabbed a team-high seven boards. He also had two steals and a blocked shot.

Bryce Williams missed his third consecutive game with an ankle injury. When he went down he was the Cowboys’ leading scorer. But after a career-high 34 points against Iowa State, Avery Anderson overtook Williams. Anderson finished with nine points on 3-of-8 shooting.

Next up, the Cowboys head to Manhattan to face Kansas State at 8 p.m. on Wednesday.