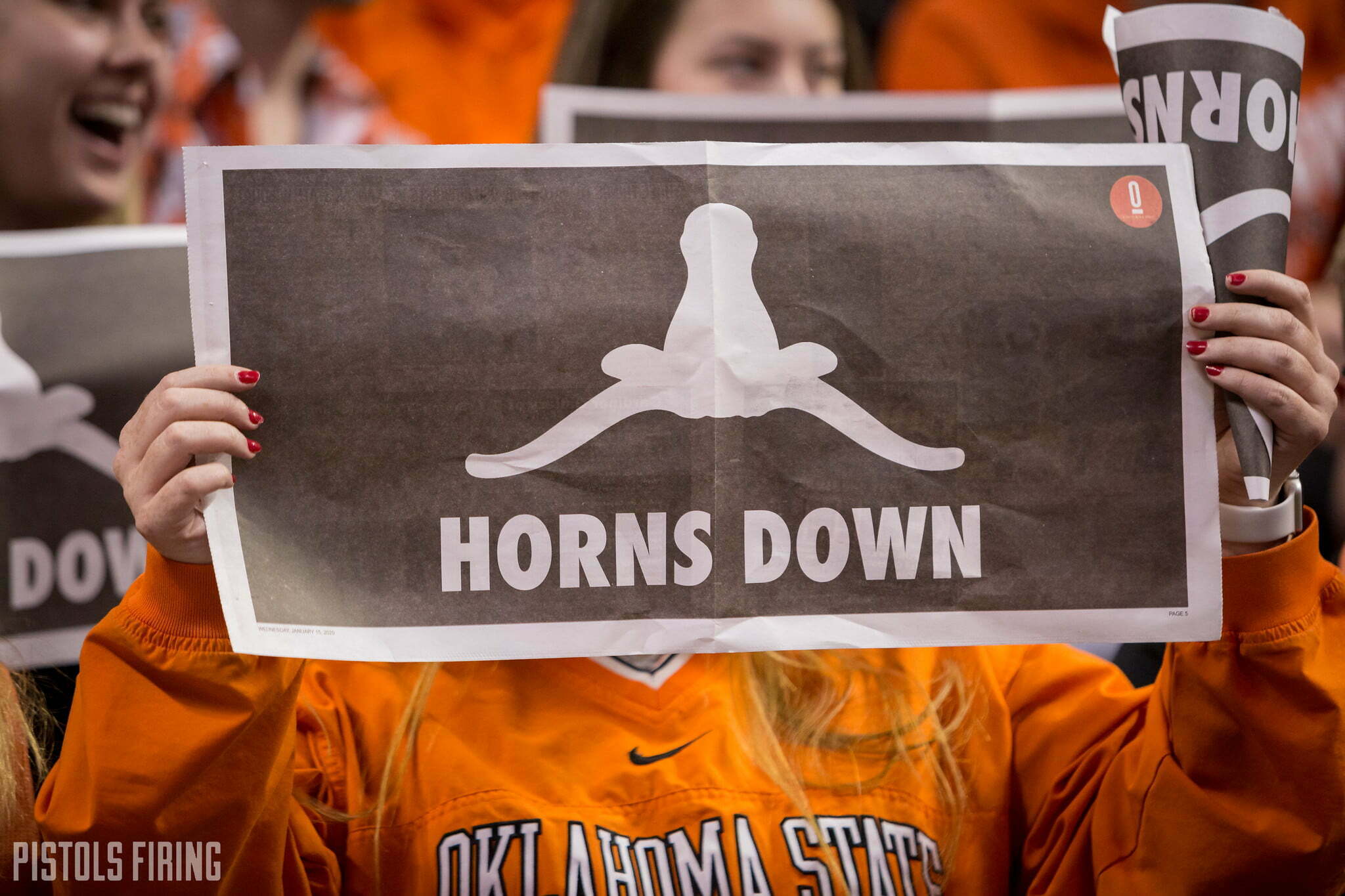 It’s unfortunate that the Big 12 season is 18 games long and not 28 or 38. Because if it was 28 or 38, Oklahoma State would be a good bet to rise into the top three in this league.

The Pokes destroyed Texas 81-59 on Saturday in Austin as they grabbed their seventh win in their last 10 games, with two of those losses coming to top-five teams (Baylor and Kansas) and another coming to a West Virginia team that just beat Baylor to end the season.

OSU started hot and never relented. After taking a 4-2 lead two minutes in, they never trailed again. They led by 20 or more for the entirety (!) of the second half.

How does this happen? Well, shooting 61 percent in the first half is one way it happens.

The second half was more cake. OSU’s shooting somehow got better as they poured in 14 of the 19 shots they took, including both 3-pointers. In fact, they were better from the field in the second half (74 percent) than they were from the free throw line (57 percent). 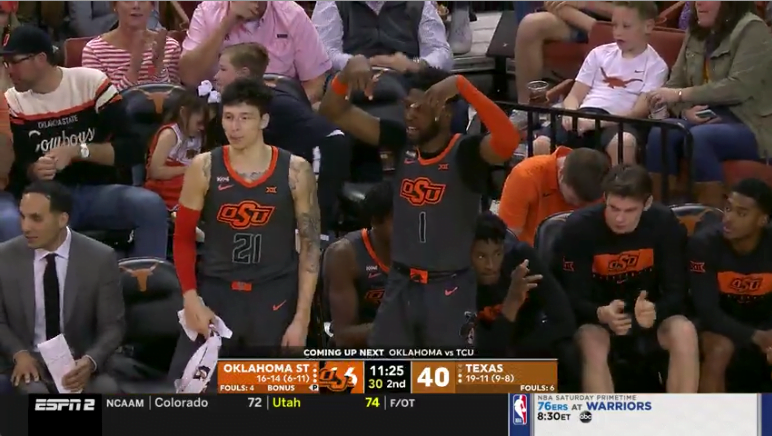 Dizzy and Cam McGriff led the way with 19 a piece on a combined 14-for-16 (!!) shooting from the floor. Dizzy didn’t miss the entire game and made all five 3-pointers he took (I retracted some but not all of my Dizzy slander mid-game in our forum thread). Ice posted a 15-10-5 line, Lindy Waters had 11 and Kalib Boone had 8 points and 5 boards in 19 minutes.

The Pokes will have to win it all to get in the Big Dance, and it appears that they will start things off against Iowa State with the winner getting KU in a pseudo-home game in Round 2. It’s unlikely that anything will come of that little venture north to Kansas City, but when you win seven of your last 10 and shoot 66 percent in the final when the other team is in a must-win home game to get off the bubble, you never know. That’s the beauty of March.