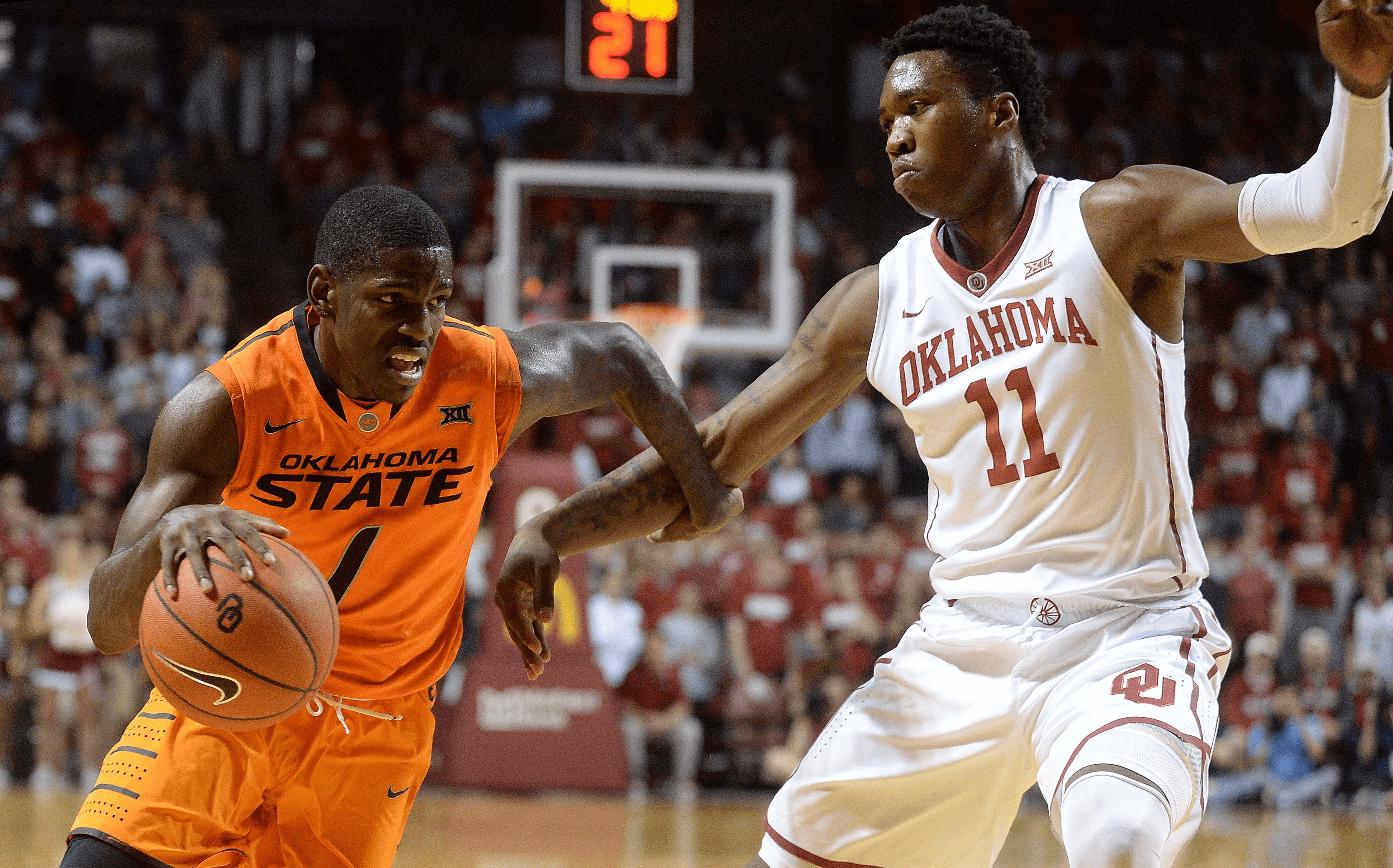 Brad Underwood stole his first Bedlam at Lloyd Noble Center as Jawun Evans and the Oklahoma State Cowboys won in Norman, 68-66. Evans finished with 24 points, 4 assists, and 5 rebounds to lead his team to a massive third-straight Big 12 win.

Phil Forte hit the go-ahead 3-pointer with under 10 seconds left to give the Cowboys the win. OSU overcame a rough game from star Jeffrey Carroll (6 points, 1-8 shooting). Norman native Lindy Waters picked up the slack, though, and crushed in his first Bedlam, scoring 11 points on 3-3 from 3-point land.

Never a dull moment in Bedlam!

The Pokes with the game-winner in Norman! pic.twitter.com/4BDlao2luv

In the first half, it was Evans and a whole lot of nothing for the Cowboys. Evans led the team with 14 points, but the Cowboys went just 1-8 on layups, bothered by OU Center Khadeem Lattin’s length. Oklahoma was up 36-35 at the break, but probably felt like they should have been up by more as they were far more efficient than OSU from the field (50 percent to 32 percent).

In the second half, the Cowboys came out firing on all cylinders, jumping to a 10 point lead, thanks to a spark off the bench by Waters, who hit a big 3 and added a tip-in. Oklahoma would respond with a quick 9-0 run to cut the lead to one. From there it was back and forth down to the wire, with Oklahoma State going ice cold from the field — they made one field goal between the 9:50 mark and Forte’s game-winner with nine seconds left.

Down three late in the game, Mitch Solomon hit a pair of massive free throws after a big steal to cut the Sooner lead to one. Jawun Evans picked Sooner guard Jordan Woodward’s pocket in the backcourt with under 15 seconds to go.

After a scramble for the ball and a missed layup from Jawun Evans, the Cowboys star point guard found a wide open Phil Forte, who hit the biggest three of the night to take a 68-66 lead that held up after Carroll blocked a potential game-winning 3 attempt.

Oklahoma State (14-8, 3-6 in Big 12) now travel to Morgantown, WV on Saturday to take on West Virginia and a shot at a fifth-straight win.