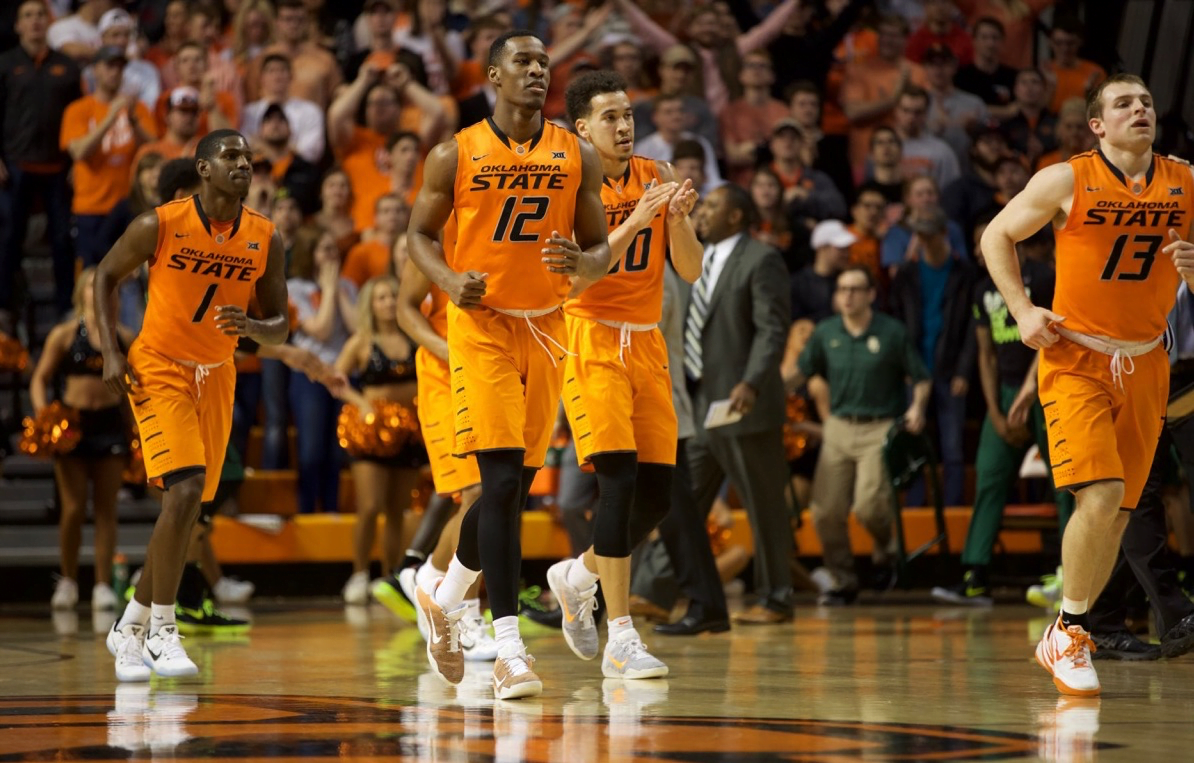 The Baylor Bears (21-3, 8-3 in the Big 12) snapped Oklahoma State’s five game winning streak at Gallagher-Iba Arena on Wednesday night with a 72-69 win. The No. 6-ranked Bears were, quite frankly, bigger, stronger, and faster all night than the Cowboys (15-9, 4-7 in the Big 12), who looked overmatched until a furious comeback in the final two minutes of the game.

Prior to the almost-historic rally, the Bears’ length was a problem all night, and it showed in the numbers. OSU shot just 43 percent from the floor, compared to 54 percent for Baylor. The Bears also out-rebounded the Cowboys 36 to 25, and had 19 assists to 11 for OSU.

In the first half, Oklahoma State shot just 36 percent from the floor in the first half, but hung around by getting to the foul line early and often, trailing 34-30 at the break. Jeffrey Carroll led with 13 points for the Cowboys, who struggled to get any kind of an open look against the length and and athleticism of Baylor’s zone.

The Bears’ star forward Jonathon Motley was a load in the paint, with 14 points in the first half. He pushed OSU’s defenders around all night.

The second half, it only got worse for the Cowboys trying to defend the massive Bears in the paint. Motley got easy bucket after easy bucket, and finished with 24 points on 9-12 shooting. The Bears’ backcourt of King McClure and Manu Lecomte played very solid as well, turning it over just four times and combining for 25 points.

Oklahoma State put on a heroic rally in the final minute, as Scott Drew’s Bears fell apart against the full-court press.

Jawun Evans was a man possessed, stealing the ball, driving at the hoop and scoring, and terrorizing the Bears up and down the floor in the closing seconds. The Cowboys ripped off a 12-1 run to cut it to 70-69, but in the end, the Bears’ point guard Manu Lecomte hit a pair of big free throws to seal the win for Baylor, 72-69.

The Cowboys bid for a second straight win over a top 10 opponent fell just short, but it should not hurt their NCAA tournament chances too much losing to a projected No. 1 seed, according to Joe Lunardi. Oklahoma State will try to start a new winning streak on Saturday against Texas in Stillwater.