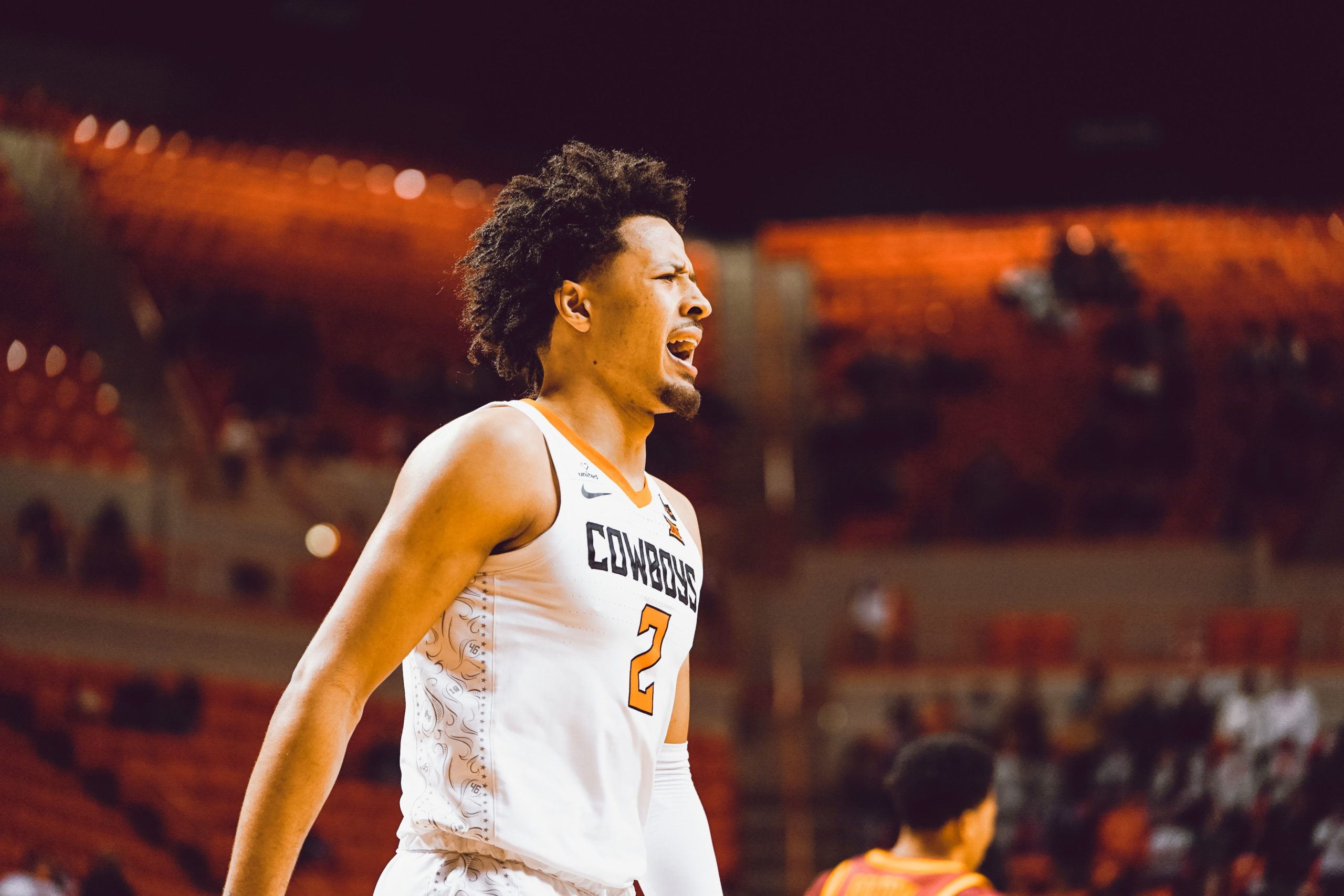 Oklahoma State did what it was expected to do against an inferior opponent that hadn’t defeated a power conference program all season, knocking off Iowa State 76-58 on Tuesday afternoon inside Gallagher-Iba Arena in a game it took over early and controlled throughout.

That was in large part because of the calming force of Cade Cunningham who, after recent chatter about his sluggish starts to games, had his most complete first-half of the season and guided the team home late. 15 of his 21 points came in the opening half of play as he asserted himself in a way rarely seen this season. Between knocking down 3s, attacking driving lanes and kicking out to set up teammates, Iowa State tried everything to defend him — even boldly leaving him wide open! — with very little success.

By halftime, he had 15 points, four boards and four assists and was 3-of-4 from the 3-point line.

Matthew-Alexander Moncrieffe put on his own show as well. He finished with 19 points and a team-high nine rebounds. But the bigger story was OSU’s defense completely clamping down late. After the Cyclones cut the lead to single digits with 5:57 remaining, the Cowboys defense didn’t allow a single point — A SINGLE POINT — thereafter. OSU scored only seven points during that span but it didn’t wind up mattering.

The win gets OSU to above .500 in league play for the first time all season and, remarkably, for the first time since the 2016-17 season, when it was 9-8 under Brad Underwood before falling to Kansas in the regular season finale.

With the Baylor game originally scheduled Saturday now postponed, this is a big momentum booster moving ahead to the final days of the regular season, regardless of whether the Bears matchup does or does not get rescheduled. It has a real shot to improve upon its tournament resume with Oklahoma (twice) and Texas Tech (once) still on board before postseason play. After seeing what we saw Tuesday, it’s fair feel some real optimism — regardless of the dreadful opponent — that this team is starting to fire on all cylinders at just the right time.