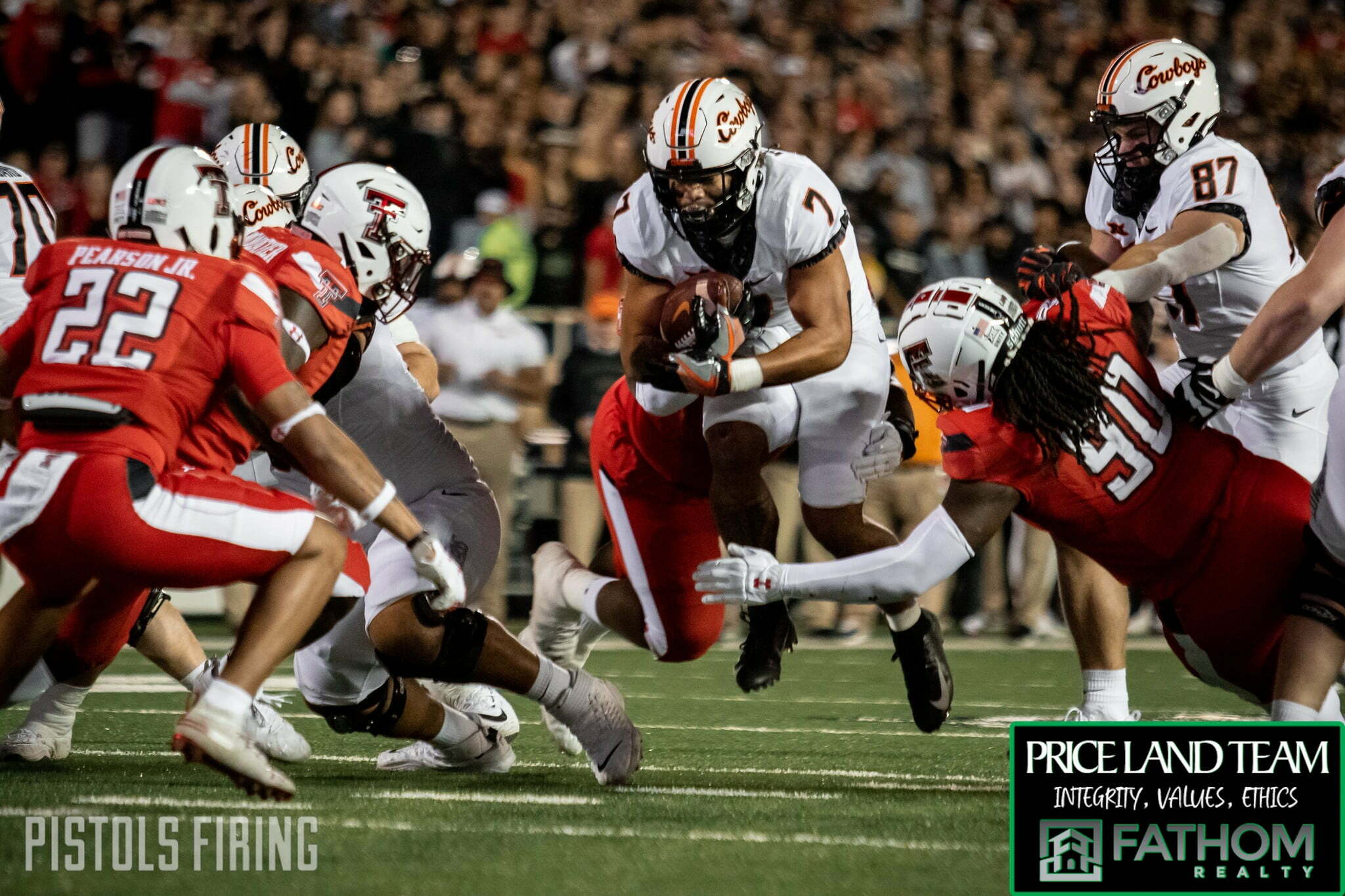 No. 9 Oklahoma State’s defense pitched its first shut out in nine years and its first of a Power 5 team in 26 years. The Cowboys (10-1) did just enough on offense and leaned on its defense for a 23-0 win over Texas Tech.

The Cowboys are headed to a formal Big 12 championship game for the first time in school history.

Oklahoma State showed up in Lubbock needing a win secure their ticket to the Cowboys pitched a shutout.

The Red Raiders were intent on stopping OSU’s lethal ground game from the start, and it mostly worked — at the start. A week after a monster 447-yard, eight-TD rushing performance last week OSU gained just 60 rushing yards in the first half and averaged just 3.2 yards per carry. But it gave Spencer Sanders and Co. a chance.

Before halftime, the Pokes racked up 176 yards in the air and had a number of big passing plays. Spencer Sanders found Tay Martin for plays of 38 and 35 yards in the first two quarters.

The defense was nearly flawless in Tortilla Town. OSU allowed just 108 total yards and limited the home team to 1.9 yards per play. The Cowboys held Tech to 3-of-14 on third downs and allowed just 10 first downs all night. OSU has not allowed a touchdown in 15 of the last 16 quarters. OSU created 16 negative plays and logged four sacks.

Missed opportunities and head-scratching penalties hampered the Cowboys from running away with this thing by the third quarter. OSU scored on five of six red zone trips, but settled for field goals on three of them.

Sanders threw for 239 yards and a touchdown, finishing 19 of his 38 pass attempts. He also kept it six times for 48 yards and another score.

Dominic Richardson has been the Cowboys’ leading rusher in consecutive games. He carried it 20 times for 84 yards. Jaylen Warren took 12 handoffs for 37 yards.

Tay Martin hauled in seven catches for 130 yards and John Paul Richardson was active, grabbing six passes out of the air for 41 yards and a touchdown. Blaine Green added three for 46.

Next up, the Cowboys head home for Bedlam Pt. 1 before a possible rematch in Arlington a week later.