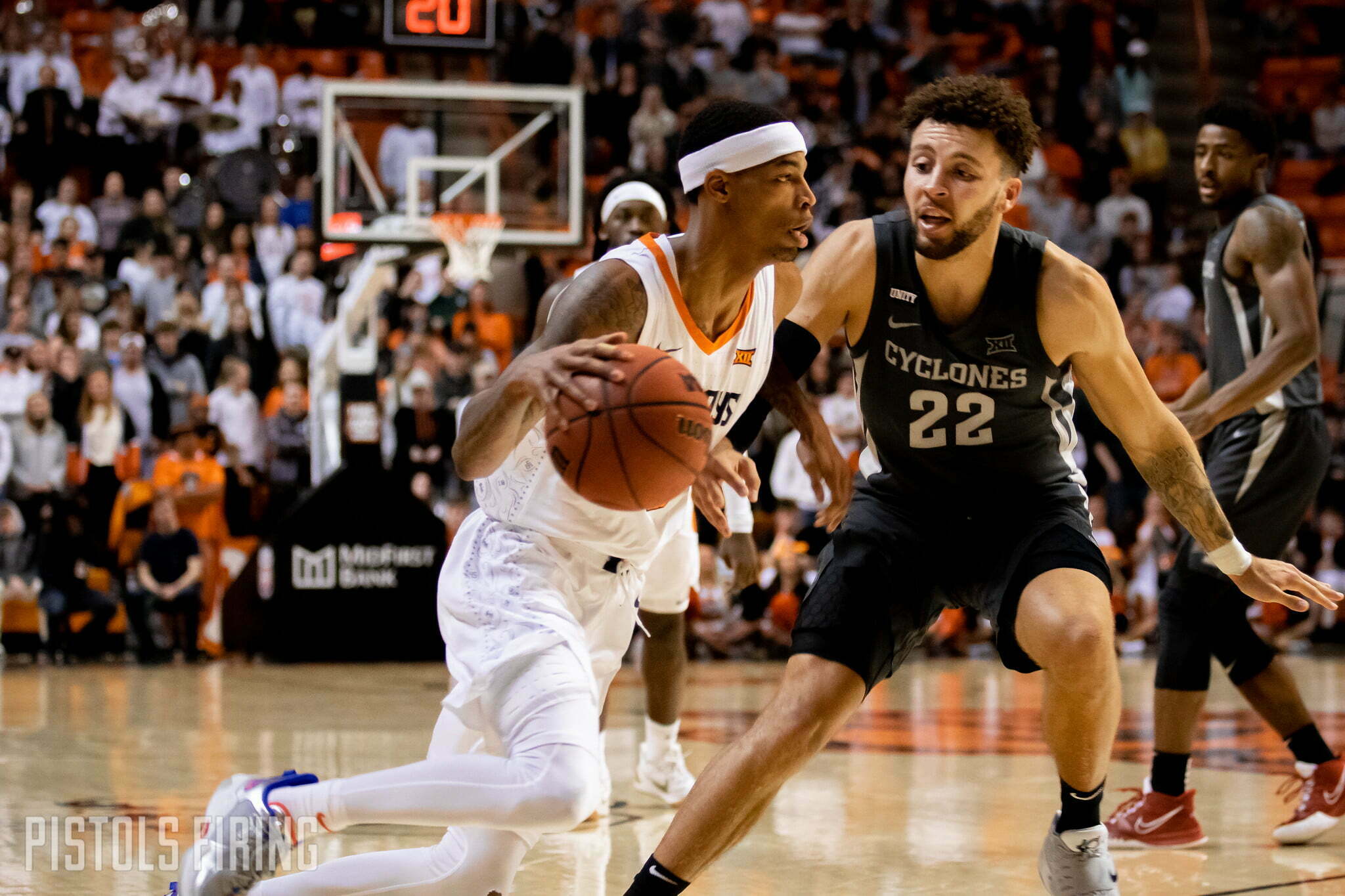 Oklahoma State ruined Senior Night at Hilton Coliseum, defeating Iowa State 53-36 and breaking the Cyclones’ four-game winning streak while ending a two-game skid of their own.

It was an ugly overall performance by both teams (the under hit!), but the Cowboys were able to take advantage of the Cyclone’s mistakes and hit a hot streak late to win it.

It may have been ugly, but it was one heck of a defensive performance by the Pokes.

The Cyclones’ 36 is the lowest home point total by Iowa State since the arena opened in 1971 and the lowest a team has scored against OSU in conference play since the shot clock was introduced in 1985-86 season, according to OSU. OSU held Iowa State to 28 percent from the field, the Cyclones’ worst shooting performance since the 2010-11 season

Avery Anderson logged his seventh-straight game in double digits, leading OSU with 12 points on 5-of-10 shooting. He also dished out three assists and grabbed five steals.

The Cowboys used a 9-0 run midway through the first half to go up as much as 17-9, taking advantage of eight first-half Iowa State giveaways which they turned into eight points. But the Cowboys had their own foibles down the stretch of the opening period, committing 10 turnovers themselves.

The game got ugly and fast and the Cyclones crawled back in it by the break. Both teams finished the first half making just one of each their last nine field goal attempts. The Cyclone missed nine-straight field goal attempts but Izaiah Brockington made a contested long two with three seconds left in the half to pull within 22-20.

The Cowboys’ turnover troubles didn’t stop there, but the Cyclones’ shooting woes didn’t either. OSU gave it away eight times in the second half (but didn’t. The Cyclones tied it at 30-all five and half minutes into the final frame but never. and never team scored for nearly three minutes.

Oklahoma State built a 12-point lead as the home crowd chanted “Refs you suck!” And they might have had a point. A few moments later, Robert Jones was called for offensive goal tending on a put-back dunk that was clearly coming off of the cylinder.

The two teams combined for 38 turnovers, but OSU scored 17 points off 16 ISU errors — one more point than ISU scored as a team in the second half. The home team only managed six off of the 22 Cowboy TOs.

The Cowboys won the game on the glass, out-rebounding the Cyclones 24-10 in the second half and 45-27 overall. Iowa State pulled within 11 with about three minutes remaining but the Pokes grabbed three-straight offensive rebounds to burn a minute off of the clock and the home team just didn’t have the ball long enough to mount a comeback. The ‘Clones had to start fouling to stop the clock and the Cowboys knocked down their final X free ones. OSU ended the game on a 17-3 run.

And the Cowboys did it without one of their top shot makers. Bryce Thompson took a blow to the head and hit the deck late in the first half and didn’t return. He went scoreless missing all six of his field goal attempts.

The Cowboys might still yet avoid a losing record. With the win, the Cowboys move to 14-15 overall and 7-10 in Big 12 play. Thanks to an upheld postseason ban, Oklahoma State will be left out of the Big 12 Tournament, so the Cowboys have just one game left in the season. They will end their season at 2 p.m. Saturday in Stillwater where they’ll host Texas Tech .