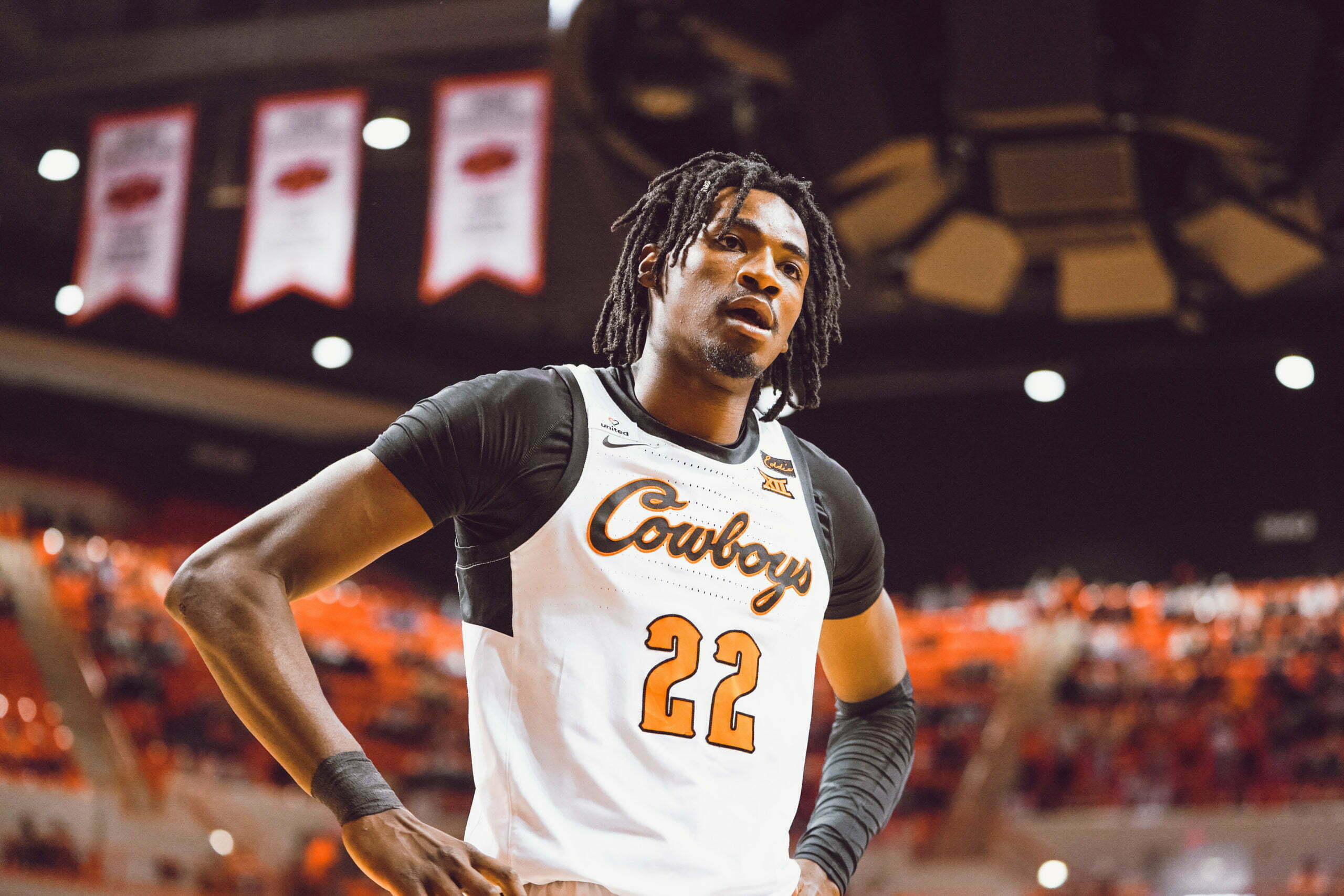 With 2:17 left in the first overtime period, Cade Cunningham darted toward the hoop with a chance to give his team a 1-point lead. The ball skipped wide over the rim but Kalib Boone was there to clean up the mess. It was a familiar sight on Saturday and a microcosm for the Oklahoma State’s overtime win over No. 6 Texas.

For as much of a fan as I am of free basketball, someone needed to just put this game out of its misery. That someone was Cade Cunningham who — despite turning in probably the ugliest game of his career — (finally) made the plays down the stretch to push his Cowboys past No. 6 Texas, 75-67 in double overtime.

Cunningham finished with 19 points and eight rebounds, the hard way. He shot just 5-of-22 from the field (but 3-for-5 from 3) and committed six turnovers and picked up four fouls. Early foul trouble did seem to set the tone for the young phenom.

Cade may have made the plays down the stretch but he was not alone, and was not the Cowboys’ best player on Saturday.

With his frontcourt mate Matthew-Alexander Moncrieffe unavailable due to injury, Kalib Boone carried the Cowboys throughout, pouring in 22 points, hauling in 15 rebounds and blocking five shots — all career highs.

It doesn’t get much uglier than the what played out in Gallagher-Iba Arena on Saturday afternoon.

Oklahoma State’s season-low 35-percent field goal percentage looks much better when you compare it to Texas’ abysmal 25-percent outing. It was the worst shooting exhibition by a Longhorn team in the Shaka Smart era.

Cunningham missed his first four shots from the field and picked up his second foul less than four minutes into the game. But neither team was able to get anything going offensively, at least not with any consistency. OSU and Texas combined to shoot just 34 percent from the field in the first half.

Boone was the lone bright spot for OSU early, scoring 13 first-half points on 5-of-7 shooting. Thanks in large part to Boone, OSU was able to finish the first on a 21-6 run to going into the half up 35-29. Avery Anderson also provided the Cowboys a spark. Anderson finished with 16 on 4-for-13 shooting but was aggressive, getting to the rim and knocking down 8-of-9 shots from the charity stripe.

But a game that started sloppy got even worse when the Cowboys and Longhorns shot 31.4 percent in the second, with OSU going just 7-for-21.

Cade, who is normally a second-half star, came out of intermission more aggressive, hitting the Cowboys’ first two field goals. But he picked up a quick third foul less than three minutes in.

Made buckets became so scarce that when Greg Brown’s put-back dunk put UT up by five with just under seven minutes left, it felt like an unsurmountable lead. But rare back-to-back buckets by the Cowboys (Avery Anderson layup and a Ferron Flavors 3) tied things up.

Former Cowboy target Courtney Ramey made his only 3-point attempt (out of six) to put Texas up 59-56 with 2:16 left.

Moments later, Cade sidestepped to his left and hit an NBA 3-pointer with 53 seconds left to tie things up at 59. He had a chance for the walk-off 3 but it clanged off the back of the rim with seven seconds remaining, sending the game into overtime.

Cunningham was 0-for-4 and committed two turnovers in the first overtime period, and had another chance for an all-time GIA play. Texas forward Brock Cunningham (no relation) was in-bounding the ball with 4 seconds remaining and the length of the court to go. Cade Cunningham tipped the pass and gathered it only a layup needed to take the lead but his shot was off and out of bounds off of the UT Cunningham.

Still with 1.4 seconds left Kalib Boone had his own chance at a game-winner but his shot was short. Second OT.

But in the second overtime, OSU finally found its shooting touch (at least late) finishing 3-for-6 over the final four minutes. Texas, in contrast, went 0-for-12 from the field in the two OT periods and missed its last 15 shots on the day.

Cunningham made a 3-pointer with 1:39 left to push the Cowboys’ lead to 72-67 and then made two more free throws to all but ice it with 50 seconds left.

The Cowboys have a quick turnaround when they head to Lawrence on Monday night to play No. 23 Kansas.