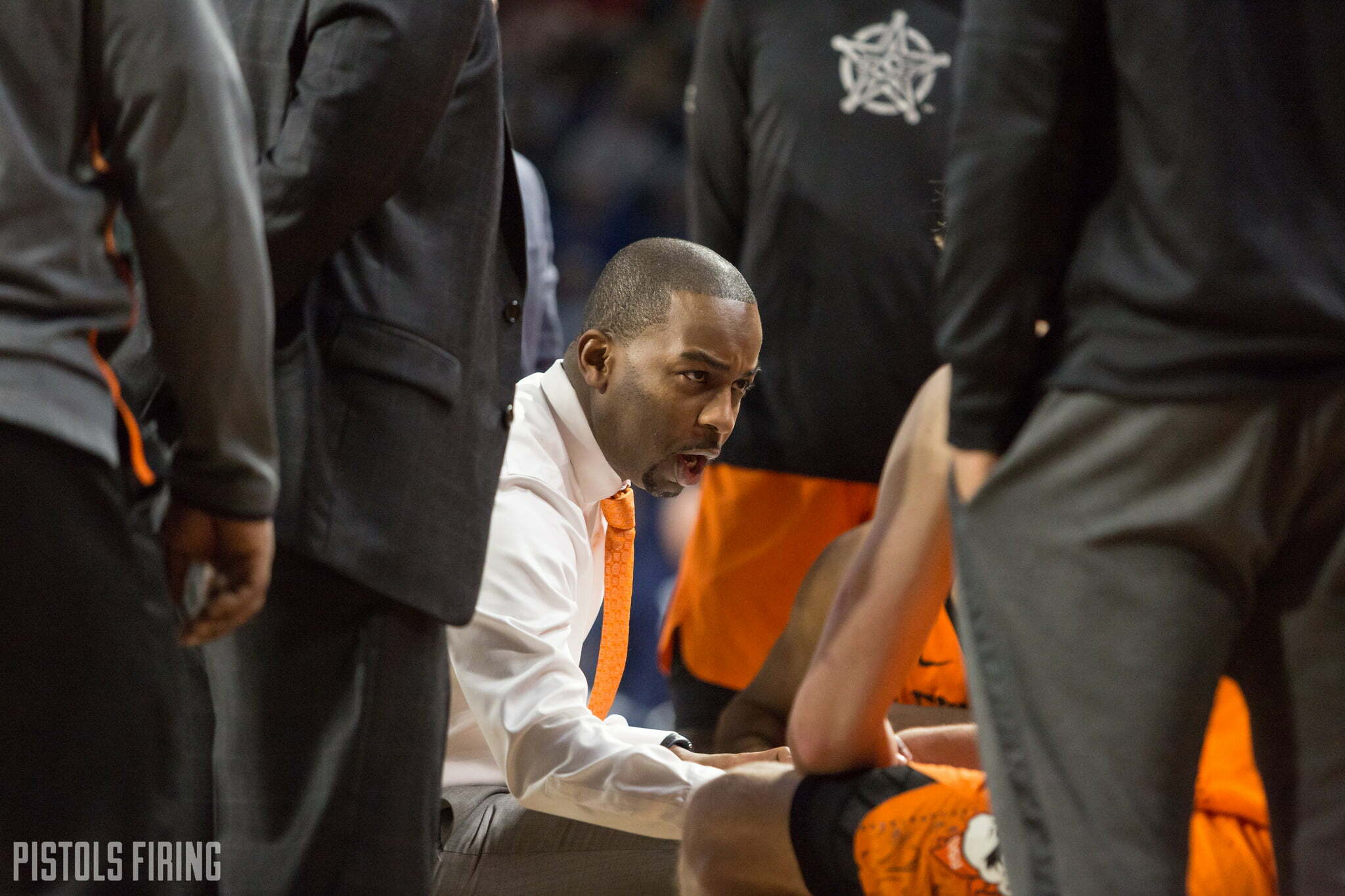 As seasons wear on, freshmen are supposed to wear out. Not so for Oklahoma State, which beat Baylor (as in No. 4 in the Big 12 and NCAA Tournament team Baylor) 67-64 on Wednesday evening on the backs of its two (budding star?) freshmen in Isaac Likekele and Yor Anei.

It was the former, Likekele, who kept them in it throughout with bullying drives, bodying post-ups and a preposterous 23-9-6 stat line in just 32 minutes. And it was the latter, Anei, who provided the closing kick, scoring six of his 14 points in the final six minutes including the final four points of the game for the Pokes. He also chipped in nine boards, a ridiculous six blocks, two assists and a steal. He too played 32 minutes.

After a back-and-forth first half in which OSU (11-19, 4-13) started 4 for 22 from the field and somehow led 27-26 even though they were shooting 18 percent from 3 point range at the time, Baylor tried to surge into halftime. They scored nine points in less than two minutes, but a pair of Anei dunks kept OSU at least somewhat close. It was a bit of foreshadowing, even though we didn’t know it at the time. Anei scored the final four points for the Pokes in both halves, but Boynton’s boys trailed 35-31 at the break.

The start of the second was a little rockier. The Bears jumped out to a seven-point advantage, but OSU just wouldn’t quit. It struck me as I watched that there is literally no easier time to roll over and play dead than on the road in Waco when you’re 3-13 in conference play, everybody is injured and spring break is about 10 days away. Still … they wouldn’t do it. That’s not everything of course, but it’s definitely not nothing.

So Thomas Dziagwa has a banged up elbow from practice. Lindy Waters is hobbled. Luke Majors is out with a concussion. And the last place Cowboys are pushing a Baylor team desperate for a win to help their tourney resumé. On the road. I LOVE Mike Boynton and OSU’s fight #okstate

After OSU got down 47-40 with the game teetering with 12 minutes left, Likekele and Anei scored 19 of the final 27 (with some Dizzy theatrics mixed in), and looked like — this is difficult to believe given where both of them currently stand — the hungrier team. If you would have told me Cam McGriff and Lindy Waters would combine to go 5 for 20 from the field, I would have said Baylor won by so many points that it suited up Matt Rhule for the final six minutes. But alas, Ice was a madman, and that was enough.

OSU finished just 5 for 27 from 3 point range (17 percent) but scored 38 (!) points in the paint to just 24 for Baylor. The Pokes also turned it over just six times, which is kind of how you have to roll when your starters are scoring 62 of your 67 points and help is coming next year not next timeout.

It was a win that won’t mean much for the Big 12 Tournament or the Big 12 as a whole or anything regarding OSU and the postseason. But it should mean something to OSU fans because it meant something to Boynton and his crew. In two or five years or whenever OSU is really good at basketball again — if that happens — maybe we’ll look back on this game for two reasons:

Maybe I’m overstating a March 6 win on a Wednesday night for a team that’s now just 11-19 — and I probably am — but maybe I’m not. Maybe Likekele and Anei are future stars. Maybe when you slap them together with Lindy and Cam and a slew of big time freshmen (with maybe one more on the way), you have something legit coming next year. Maybe OSU just turned its 2019-20 season around before it even began.