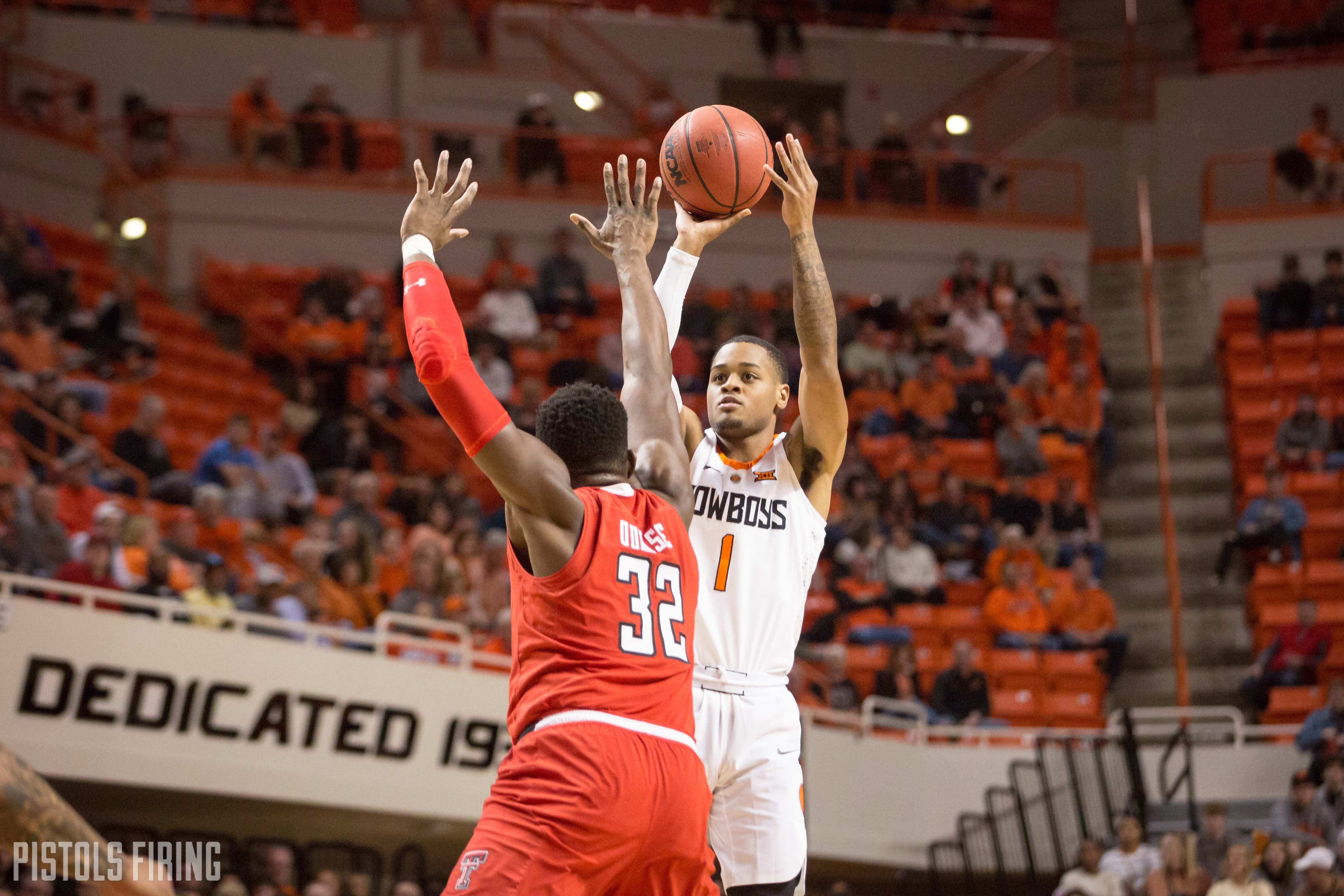 Oklahoma State finished Wednesday’s game against Texas Tech with four players on the court who didn’t have last names on their uniforms. And it wasn’t because they were up by 50 either.

Tanner Taylor, Dee Mitchell, Cade Wagner and Gabe Simpson all got playing time late in OSU’s 78-50 loss to No. 15 Texas Tech, and Taylor — a former student manager — even hit a 3-pointer with a few minutes left.

The actual game had long been decided, but it was a moment that was noteworthy both for how cool it was for the walk-ons but also how emblematic it was for Oklahoma State hoops as a whole.

OSU led for 0:54 on Wednesday in their ninth Big 12 loss of the season, and even that number felt high. After OSU went up 5-3 with 17 minutes left in the first half, Tech went on a 23-7 run, and that was … pretty much it. The Red Raiders went on a separate, longer 29-4 run from the end of the first half into the second, which made the lead 37 with 13 minutes left.

The stats are about what you would think. OSU went 5-for-20 from deep, turned it over twice as many times as Tech (14-7) and allowed six Red Raiders to shoot over 50 percent from the field.

On OSU’s side, Cam McGriff had 18, Lindy Waters had 12 and everybody else on the team combined to go 8-for-27 from the field for a paltry 20 points. It was a game that was maybe the most extreme version of what has been true for a long time: That OSU is undermanned and overmatched and simply playing out the string to get to the 2019-20 season.

As Carson Cunningham pointed out while we watched the game together, when they’re showing your recruits for the following season on the ESPN sidebar, that’s probably not a great sign for the current game you’re playing or the current season you’re enduring.

The Pokes have now lost seven consecutive Big 12 games, and KenPom doesn’t offer much hope. His site has OSU losing the next six, too, before ending with a win against West Virginia in GIA to conclude the season.

At one point in the second half with the game in the bag, ESPN’s cameras cut to Eddie Sutton in the stands looking on with a 1,000-yard stare as one of his sons (Sean) coached for Tech and the other (Scott) coached the Pokes. He looked apathetic to what was unfolding on the court bearing his name, and who could blame him?

A once-proud program rolling out walk-ons after a full 40-minute pounding partially at the hands of its once future prince. A reminder, I suppose, that as close as it has felt at times over the past few years, of just how far away a consistently successful program actually is.