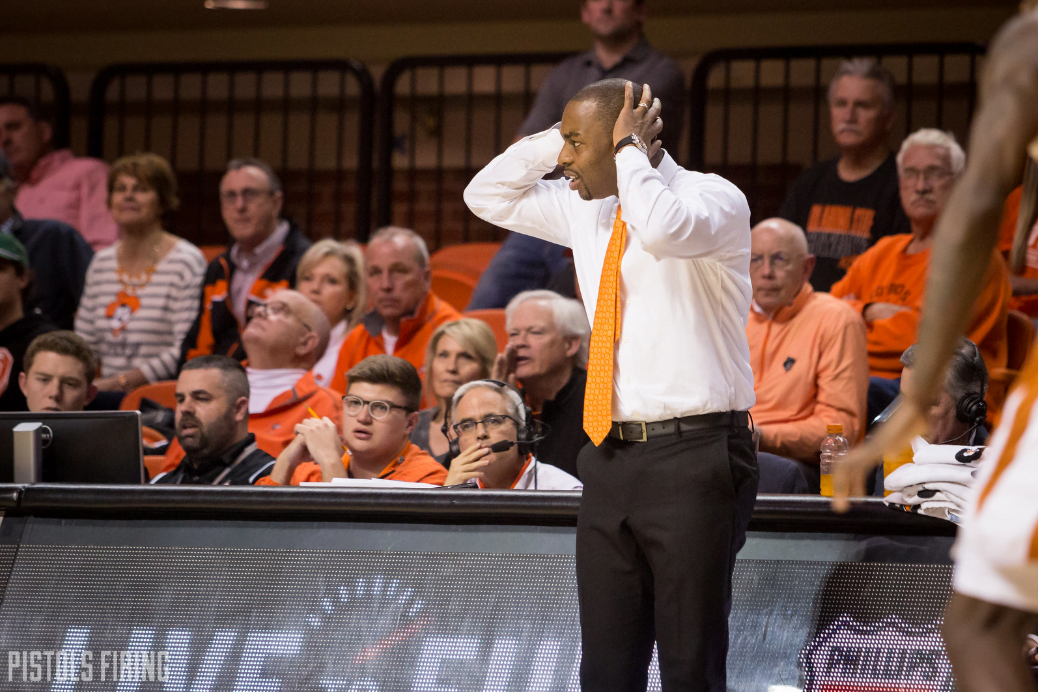 That one’s going to hurt for a while.

Oklahoma State fell to Baylor 75-68 on Saturday and moves to 9-8 (0-5 in the Big 12). After leading for the first three-fourths of the game, the Cowboys found themselves in a street fight with the No. 2 in the country, and they came up just short.

OSU didn’t trail until after midway through the second half, keeping the Bears at bay with constantly changing defensive looks and a barrage of made 3s. You remember those right? Riding the hot hands of Cam McGriff (4-of-6) and Thomas Dziagwa (4-of-9), the Cowboys turned in 10-of-24 3-point display (42 percent), their best in league play.

Whenever the Cowboys needed a bucket early, Cam delivered. His first 3-pointer pushed OSU’s lead to 7 (18-11). Then when the Bears had pulled back within 4 (20-16), he accounted for a 4-point end-to-end swing, blocking a shot on one end that led to his second made deep ball on the other.

Coming off the bench for the first time this season, Thomas Dziagwa provided a spark making two of his first three 3-point attempts. And another deep ball from Cam McGriff pushed the Cowboys lead to 7.

Four Cowboys scored in double figures with Cam McGriff and Isaac Likekele leading the way with 16 each. McGriff grabbed five rebounds and blocked two shots, and Likekele pulled in nine boards and dished five assists. Lindy Waters and Dziagwa each chipped in 14 points.

OSU took a 36-27 lead into intermission. It was just the third time Baylor had gone to the break behind this season. But in the second half the Cowboys cooled from deep, starting just 1-for-5 from 3 but were still able to keep the Bears at arm’s length until the midway point of the period.

As good teams are prone to do, Baylor surged late and took its first lead with just under nine minutes to go, and it was just your normal chaotic Big 12 game from that point on.

It was over when: Oklahoma State was forced to foul, down with 19 seconds remaining. Jared Butler, who came in averaging 89 percent from the charity stripe, missed his second free throw to give OSU a sliver of hope, down 3 with a chance to tie. Yor Anei corralled the rebound on the miss but, in a hurry, threw an errant pass that was intercepted by Devonte Bandoo. Freddie Gillespie made both of his free throws when fouled to seal the Baylor win.

Player of the Game: Cam McGriff. It was a tough call between McGriff and Likekele. Both lit it up, but No. 12 just put his imprint on every phase of the game. He was diving for loose balls, blocking shots and took charges at crucial points in the game.

Number you should know: 2-of-10. After an 8-of-14 first half from beyond the arc, the Cowboys made just two of their 10 second-half 3s. Which is much closer to their 22 percent 3-point percentage in their first four conference games.

Next up: The Cowboys face a quick turnaround, heading to Ames to take on Iowa State at 7 p.m. Tuesday.