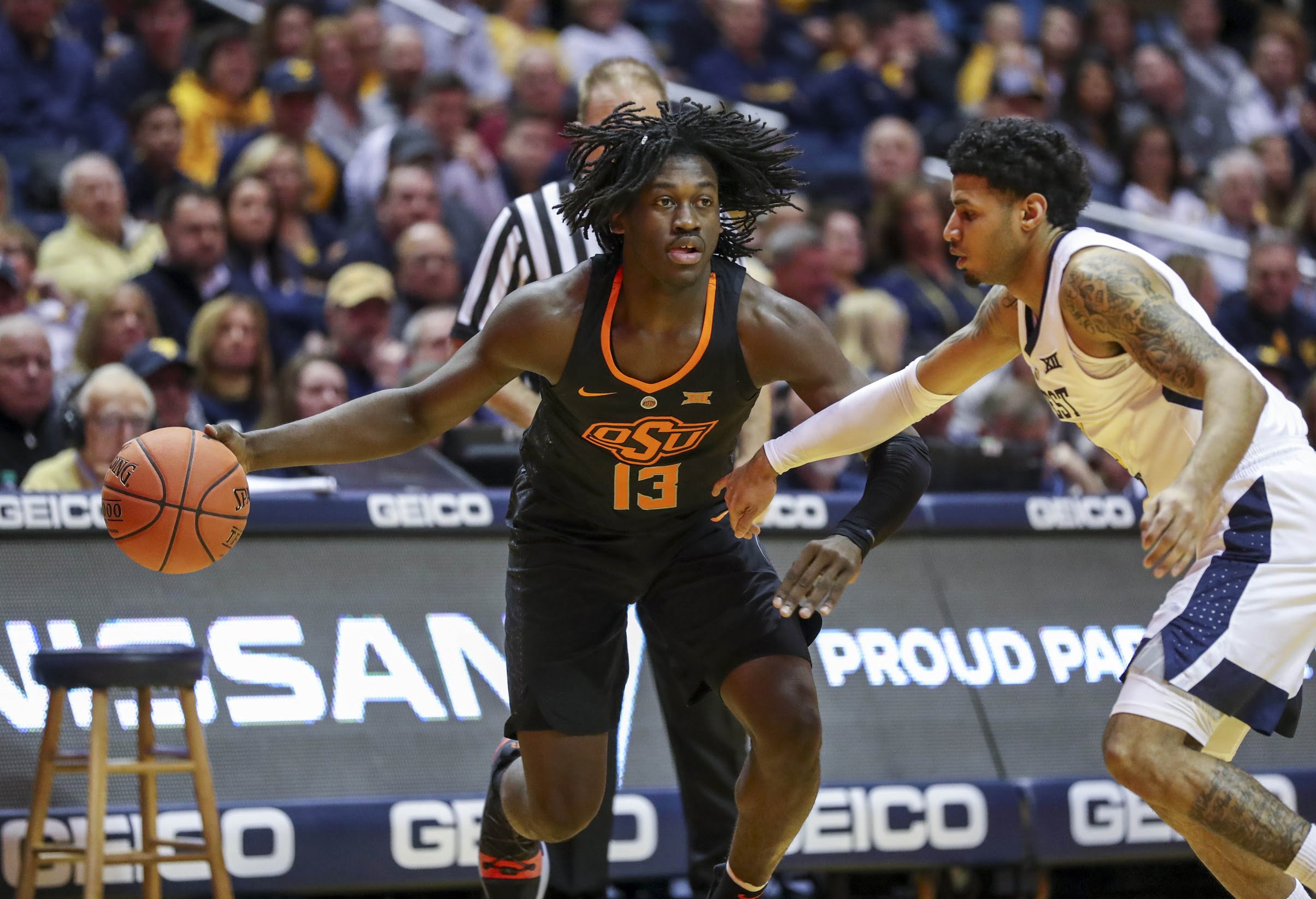 The young group of Cowboys handled the West Virginia press en route to a 85-77 victory, the Pokes’ second straight conference win. In the first half, the Cowboys drilled six 3-pointers off 12 attempts, leading to a 39-28 halftime lead.

Then Isaac Likekele took over from there. The freshman point guard scored a team-high 23 points to go with nine rebounds and three assists. His points and rebounds were career highs. Three other OSU players finished in double figures, being Cameron McGriff (16), Curtis Jones (15) and Thomas Dzaigwa (11).

Player of the Game: Isaac Likekele

To go with the stat line above, Likekele was seemingly a one-man press break, and he did this:

Blemish in the Box Score

Cleaning the offensive glass is what this season’s West Virginia team does best, as the Mountaineers are among the national leaders in rebounds. It didn’t help that OSU freshman center Yor Anei got in early foul trouble, something he has done a lot, and played only 12 minutes.

The game seemed like a dog fight throughout, but the Cowboys led for nearly 33 minutes.

The Cowboys have a quick turnaround, as they have to travel home from West Virginia and host on Baylor on Monday