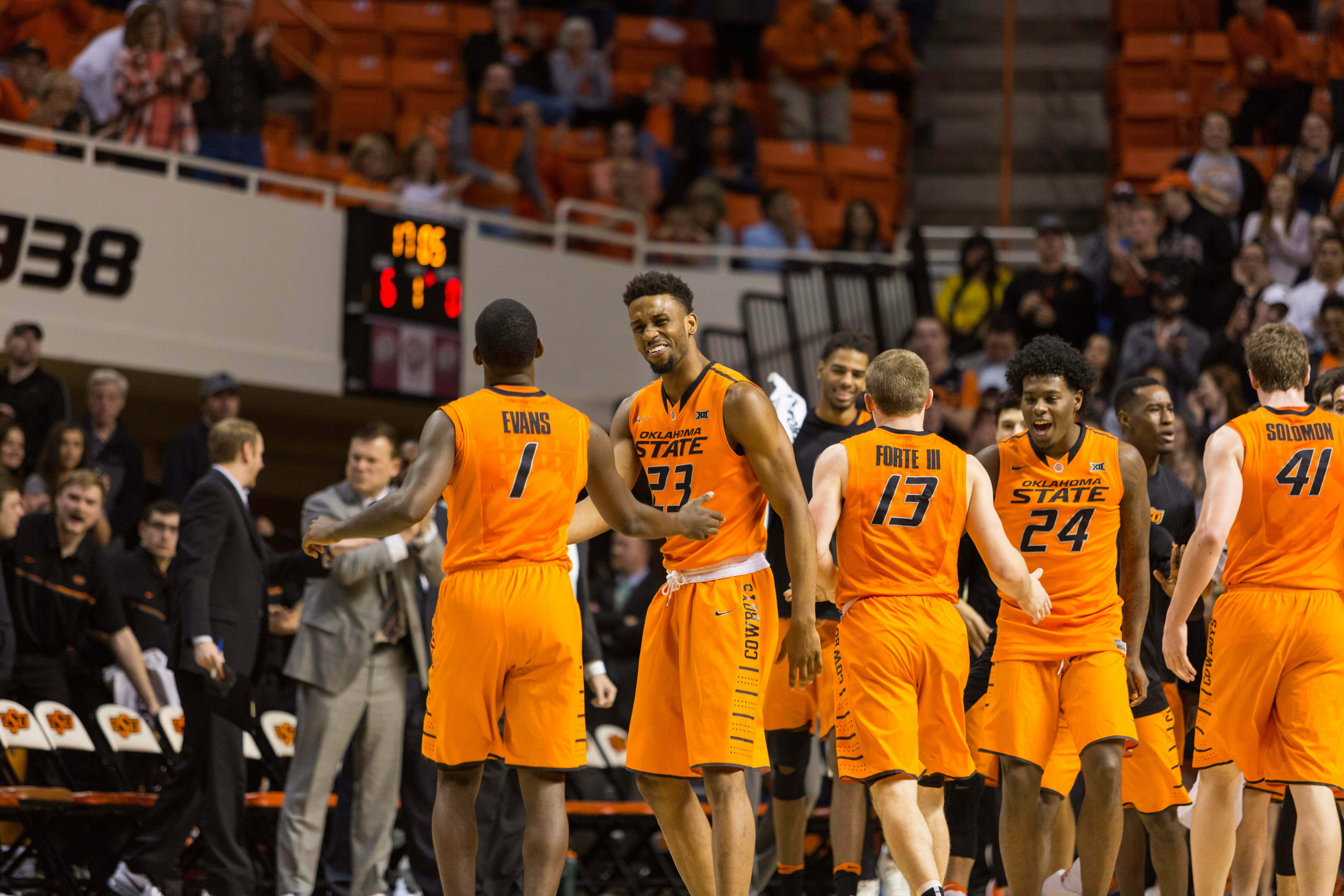 Jawun Evans led the Oklahoma State Cowboys to their second-straight Big 12 victory in a 89-76 win over the TCU Horned Frogs. Evans poured in 27 points on 11-17 shooting and dished out 8 assists in a ruthless display of efficiency.

Jeff Carroll posted a double-double with 19 points and 10 boards, and Oklahoma State improved to 2-6 in conference play.

The Cowboys made big plays all night on both ends of the floor against a tough TCU basketball team — led by new coach Jamie Dixon, TCU (14-6, 3-5) came into the game ranked a respectable No. 33 in the KenPom rankings. The Cowboys turned it over just seven times in the game, and hit 20-21 at the charity stripe (95 percent).

Oklahoma State held the Horned Frogs to 32 percent shooting in the first half, but clung to just a 32-29 point lead, getting hammered on the boards 24-13. Evans had 12 on 5-9 shooting at the break, and Carroll added 7 points and 5 boards.

In the second half, Oklahoma State got a spark out of the emerging Davon Dillard, who added 10 points and three rebounds, including this electric dunk to spark the crowd.

TCU hung tough for much of the second half, with big time performances by Kenrich Williams and Vladimir Brodziansky, who pounded the glass like they have all season long. But a 20-7 run by the Cowboys at the five-minute mark in the second half putt hem away.

It was too much Evans in the end, who played his best game in weeks. No. 1 took it to the hoop time after time, controlled the game (he only had one turnover), and most importantly, played aggressively without fouling.

The Cowboys now welcome the Arkansas Razorbacks to historic Gallagher-Iba Arena on Saturday for the SEC-Big 12 Challenge, and a chance at a 3rd straight win.