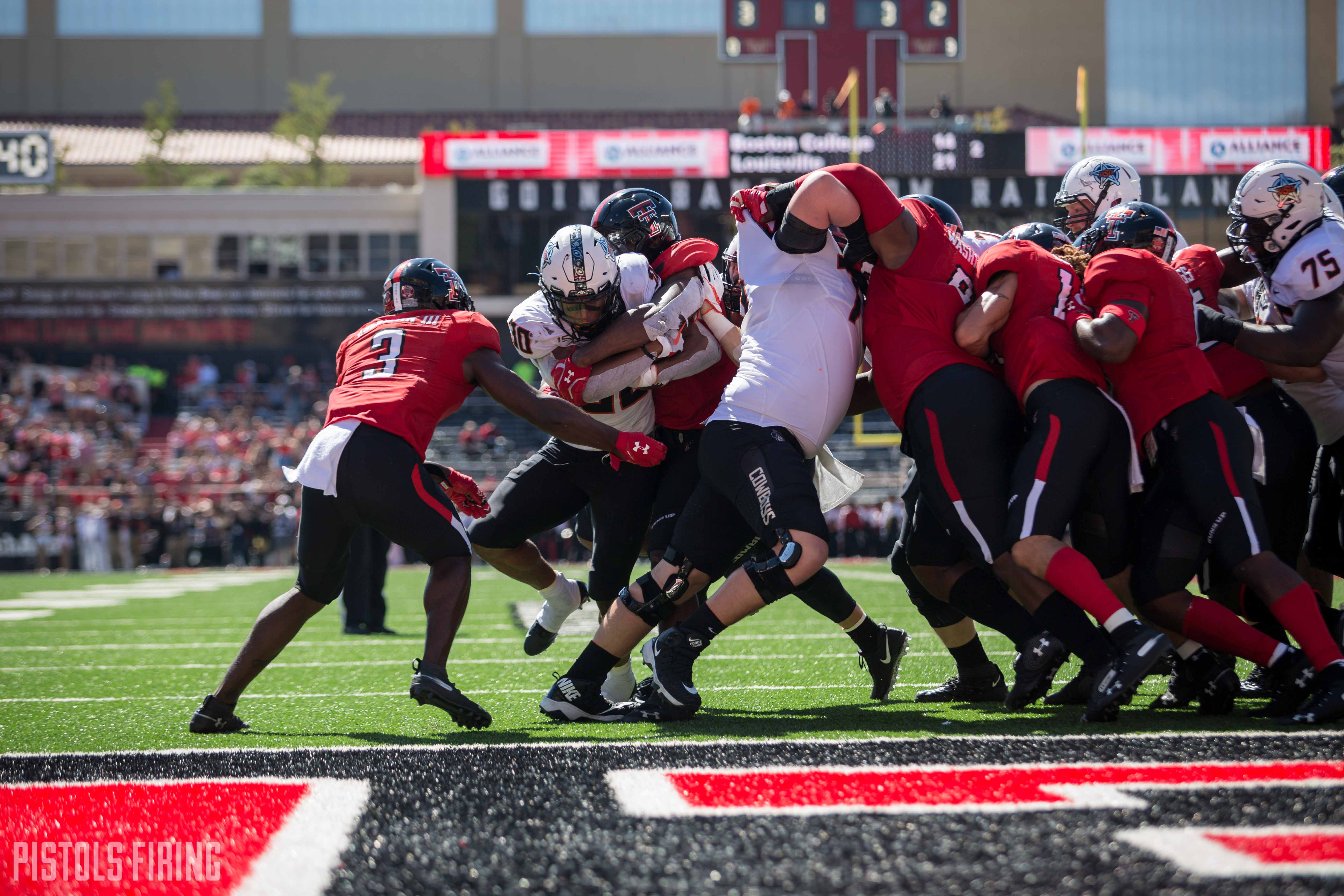 It got ugly for the Cowboys in Lubbock early, and then it got even uglier late.

Oklahoma State appeared intent on falling behind on the road. As it would turn out, that’s not a good strategy.

Spencer Sanders singlehandedly lost the turnover battle 5-0, losing a fumble on the Cowboys’ opening drive and then throwing two second quarter interceptions. Then late in the third, after a big run by LD Brown had the Cowboys in the red zone with a chance to make a one-score game, Sanders was sacked for a loss of 11 and lost the ball for his fourth turnover. Sanders finished 21-of-37 for 290 yards, two touchdowns, three interceptions and two fumbles.

From the opposite sideline, Jett Duffey, who was Texas Tech’s third player at the position to make a start this season, looked more than equal to the task finishing 26-of-44 for 424 yards and four touchdowns and rushing for another score.

Texas Tech’s defense was dominant in the first half, holding the Cowboys to just 7 points and 1-for-10 on third downs. But it couldn’t keep Chuba Hubbard in check for long. OSU rode the nation’s leading rusher for 156 yards and three touchdowns. Chuba was the Cowboys’ offense for much of the game.

After holding up for most of the first half, the Cowboys defense may have run out of steam in the second allowing TDs on two of the Red Raiders’ first three drives in the third and allowing the home team to build a 34-14 lead.

Despite falling behind 45-21, the Cowboys showed some fight late, successfully recovering an onside kick and scoring quick touchdowns on two straight possessions to pull within 10. But, in what was a sadly fitting ending, Sanders threw his third interception when a ball was tipped by Dillon Stoner and fell into the outstretched hands of a Tech defender.

A hole dug deep by careless turnovers was made deeper by waning defense and even more TOs, and proved to be too much to overcome.

Next up, the Cowboys head into their bye week 4-2 (1-2 in Big 12 play) and will welcome Baylor for Homecoming on October 19.